Learn about where Boro Bear came from and how he became our mascot... 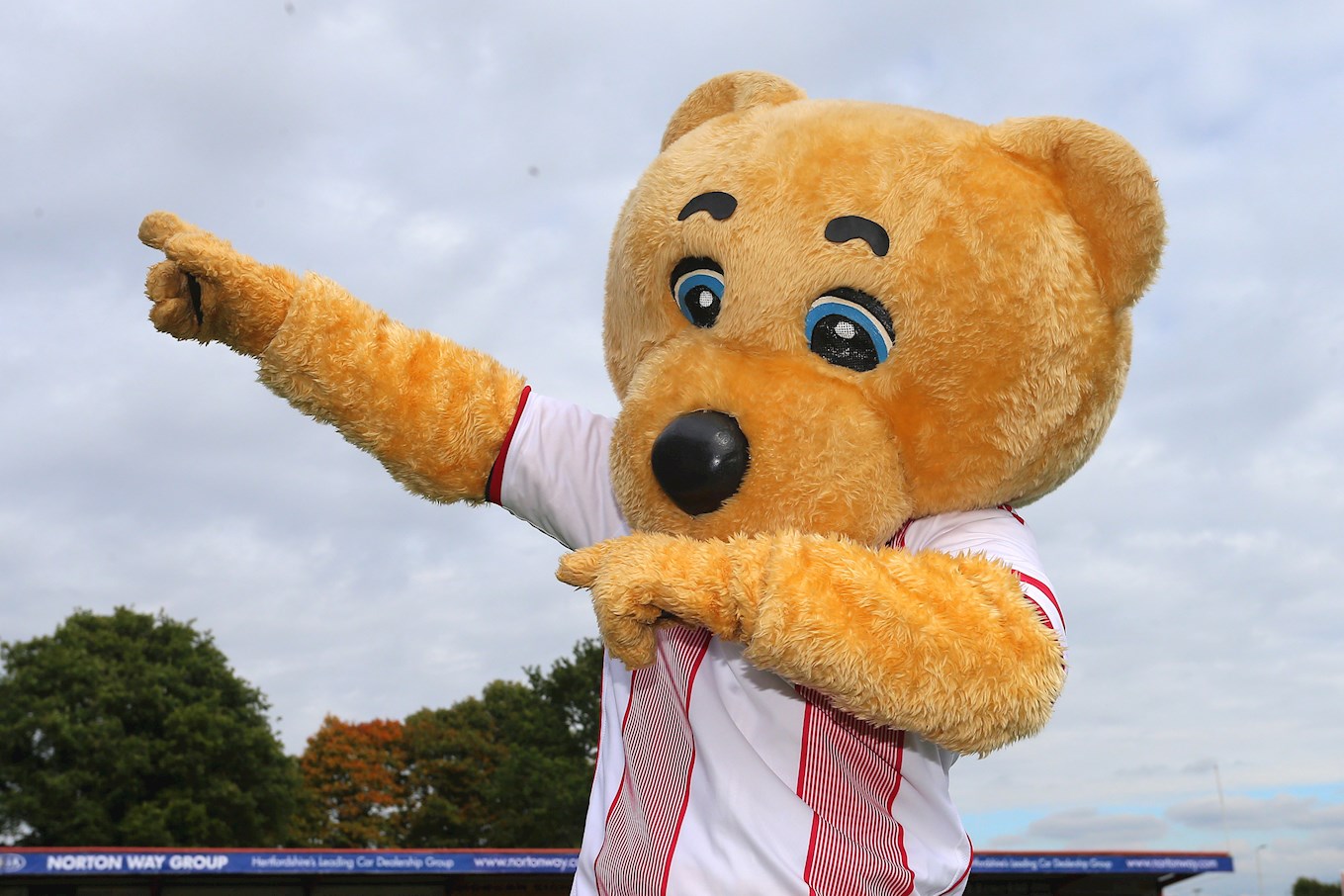 You may all recognise Boro Bear from home matchdays, but do you all know the story behind him on where he came from and how he became our mascot?

His story started in 1995 when he was born from the imagination of life-long Stevenage fan, Jim Briscoe. He made his debut on Saturday August 19th in our home fixture against Bath City in the old Vauxhall Conference League. 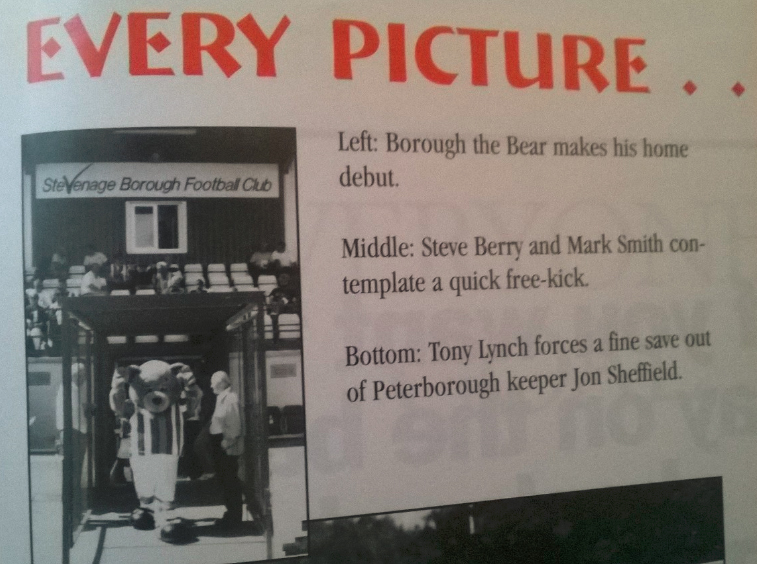 From that day on, The Bear became an icon in all the hearts of the loyal Stevenage supporters. He was always the loudest singer in both times of despair and the glory days.

Fast forward 9 years and Boro Bear made his first front-cover appearance on Supporters' Association's 2004 'Boro Bear Rules'. The booklet was designed to teach young supporters about staying safe at football grounds as well as being respectful supporters. 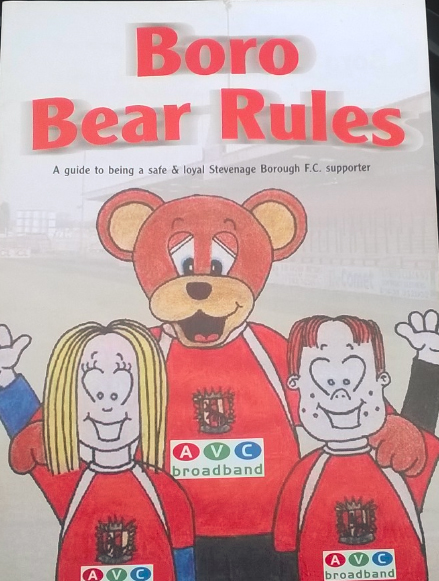 The Boro Bear has since grabbed the hearts of many with his energy and love for the club.

If you spot him on a matchday make sure you go over and give him a high five, and if you ask nicely enough, he may even have some cool gear for you...