Kevin Lokko has spoken about a whirlwind few days after signing with the club from Maidstone and then leaving on loan...

The centre-back joins for an undisclosed fee and Lokko says he is thankful for the chance.

“It’s been a bit unexpected. A crazy, hectic, few days. A week ago I was preparing to face Maidenhead at home and now I’ve signed for Stevenage. It’s been crazy but I’m just happy to be here now.

“I am grateful for the opportunity of which hopefully I’ll take.”

Signed with an eye to the future, Lokko will head straight out to Dagenham & Redbridge.

“The club want me to go out and gain some more experience by playing for a club who will challenge for promotion in this league. I am more than happy to join Dagenham where hopefully I will play a lot of games and come back well equipped and well suited for the First Team. It will do me good.

“The key for me is to keep playing games and continue to gain more experience. As a centre-back, that is what you need. The more games you play the more you learn about the game and hopefully any rough edges will be polished out.”

Although still only 21 years old, Lokko has had an eventful career to date and explains how he has been playing with a point to prove.

“I started off at Norwich when I was younger, had a scholarship there but unfortunately got released.

“Then when I thought I had my chance at Colchester, I suffered an injury which put an end to my spell there. It was quite a dark time for me and I had to drop into non-league with Welling, which was another bad period as we got relegated.

“Maidstone then gave me my chance to kick-start my career again which I am thankful for, and now I am climbing back up the ladder. Stevenage is a great place for me to join, I have only heard good things and I can’t wait to get started.”

Don't miss tomorrow's big game! We kick-off the new season at home to Newport and tickets are available both in-advance or on the day. 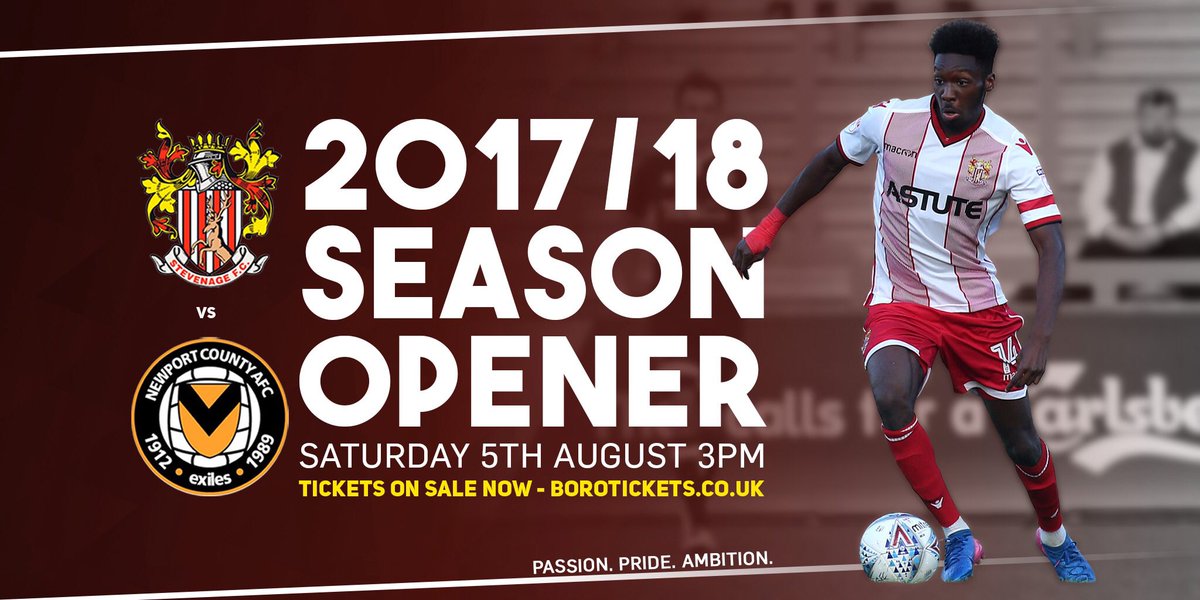