A fourth year of hosting nearby Premier League youngsters...

More Tottenham Hotspur U23s games than ever before will be played at the Lamex Stadium through the 2017/2018 season.

Domestic ties against Man Utd, Liverpool and Man City stand out, as do Benfica and Villareal in the International Cup.

The first game is just over two weeks away and will see Spurs face Manchester United on Friday night and tickets will be on sale Friday 11th August.

Please see all confirmed fixtures below:

We are holding a "Drop-In Clinic" on Friday for any fans who want a one-on-one meeting about the North Stand Mini-Bond scheme. Our team will be on-hand to answer questions and/or guide you through the investment process.

Find out more by clicking the image below. 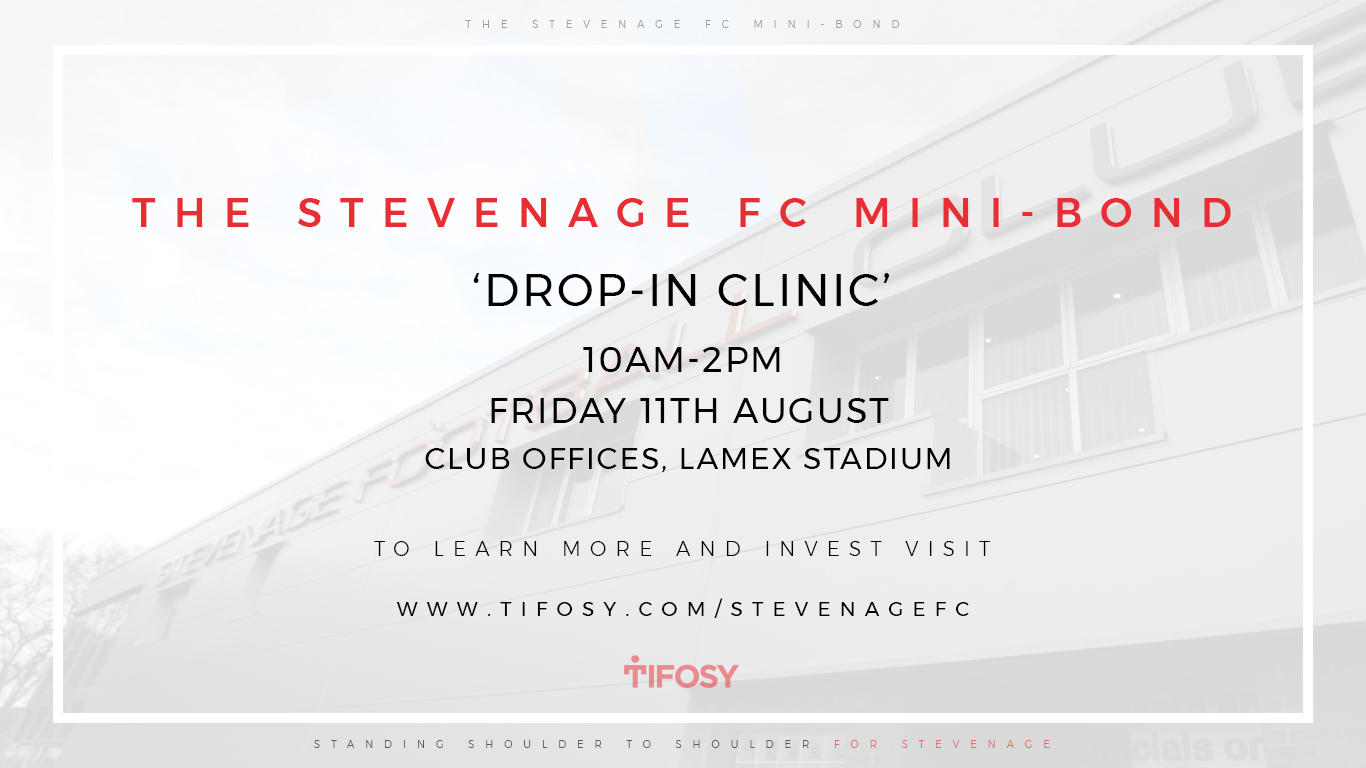