Onto the next one...

Stevenage fell to a 2-1 defeat at Exeter on Saturday after a below-par performance down in the West Country.

After a goalless first half, the Grecians struck twice after the break and despite a late rally where Matty Godden found the net, Exeter deservedly held on for three points.

Darren Sarll named an unchanged line-up but the big news when the teamsheets came out was the return of Ben Kennedy to the bench. The youngster, who recently signed an extended contract, involved for the first time since his operation earlier in the season.

Played on an uncharacteristically stodgy pitch, the game was a rather cagey affair during the first half with both teams seemingly struggling to get to grips with the surface.

It was Exeter that created the clearest opportunities though with the best coming inside the opening ten minutes. Stockley forcing Fryer into action after Boateng’s brilliant free-kick before Moore-Tayor was denied on the rebound.

Fryer was made to work again after 38 minutes as Harley arrived late to run onto Stockley’s knockdown – the keeper parrying his first time strike from the edge of the box.

Although there were some good moments from Stevenage inside the first half, it rarely resulted in a good chance at goal. The final ball so often awry or the attack breaking down too early.

That was optimised just before the break as Whelpdale broke towards the edge of the box, shooting wide of the target when a ball out to Pett in support would have created a clearer opportunity.

Although the ball just whistled past the post, you couldn't help but think what might f been.

The second half would only get worse for Stevenage as Exeter went 1-0 up on 53 minutes. McAlinden superbly chasing the ball down the right touchline - holding it up as he waited for support - before playing a pin-point ball towards Lloyd James who had time to take a touch before sliding it into the bottom corner.

Danny Newton, Ben Kennedy and Harry Beautytman all soon entered the game but Boro struggled to create any chances of note despite chasing the game. First touch or accuracy of pass so often the downfall.

With 70 minutes on the clock, Exeter made it 2-0 as Sweeney was first to react following a goalline scramble and save from Joe Fryer. A messy goal which typified a messy day at the office.

Although too late, the players began to throw everything at it and got their rewards with just under 10 minutes to go. Matty Godden with an expert finish from close range as the ball ricocheted inside the area.

Boro had the home side pinned back for the remainder of the contest and came whiskers away from an equaliser on two occasions. First, Danny Newton breaking free down the left touchline before playing the ball across the box, just a touch too strong for Kennedy to tap in.

The golden opportunity came with just two minutes to go though, Joe Martin forcing Pym into action as he turned his powerful volley onto the crossbar, leaving heads in hands all over the pitch.

That was as good as it would come for Stevenage though as Exeter held on for the win and kept Stevenage’s long wait for a league win to rumble on. 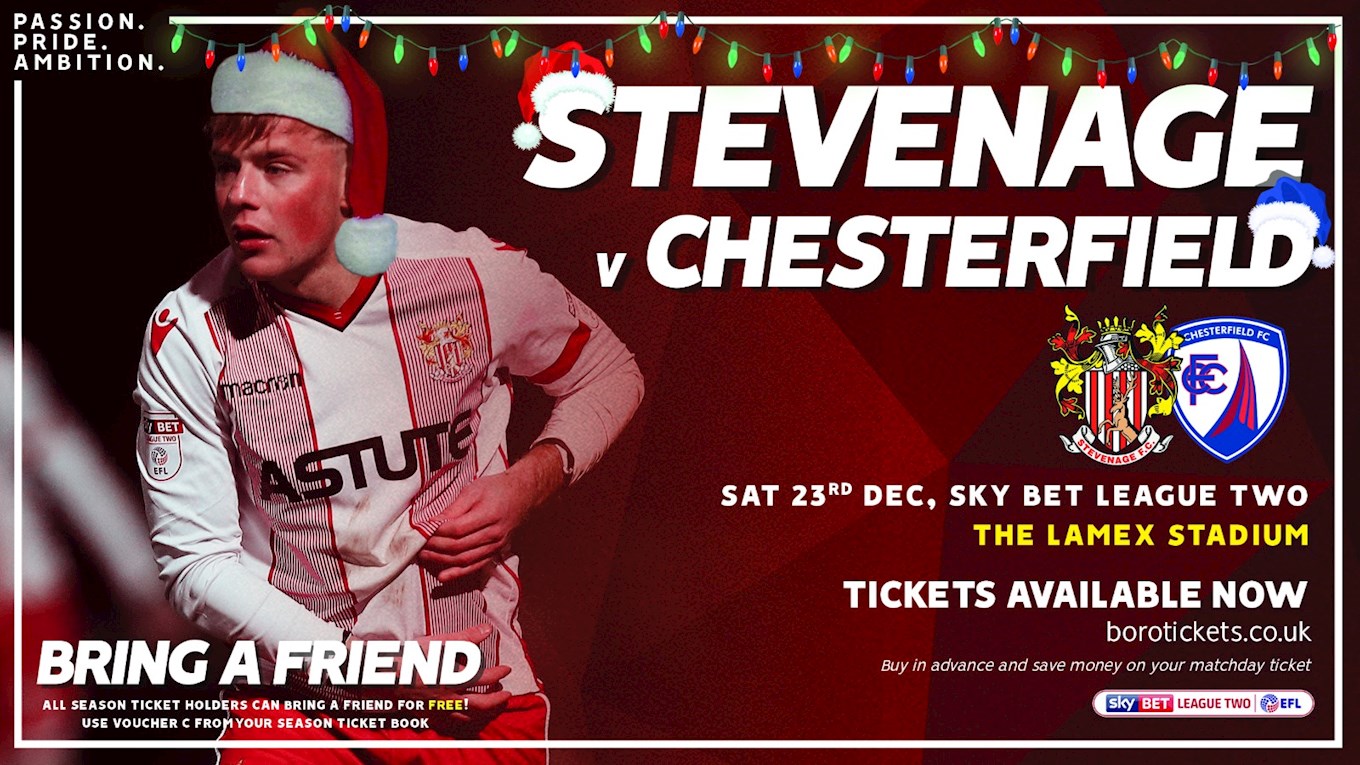