Get set for Tuesday Night Football...

After a first defeat of the Sky Bet League Two season on Saturday, Stevenage are hoping to get back to winning ways in the first Tuesday night league game of the campaign against Crawley.

Matty Godden's first goal of the season ensured that Boro continued their streak of scoring in each league game so far, coming from seven different goalscorers.

11 points from 6 games is a welcome return from the opening fixtures, with only three teams sitting on more points at this early stage.

It has been a challening start to life in League Two for Harry Kewell as Crawley Town manager, losing four of their opening six league games. Importantly though two crucial wins have also been posted, keeping the points tally ticking.

So far their stand out result of the season has been the 3-0 victory at Swindon - a performance which saw Crawley record 8/18 shots on target and well deserving of the victory.

Jack King could return to the squad on Tuesday after being held back from action on Saturday. King had been back out on the training pitch last week so is nearing a comeback.

Left-back, Joe Martin was forced off on Saturday and both Luke Wlkinson and Dale Gorman will be unavailable due to active suspensions.

"It is a quick chance to post three points and help make up for the opportunity missed on Saturday.

"Crawley will be a tough opponent and will have no fear coming to our place. Their 3-0 win at Swindon a couple of weeks ago shows what they are capable of away from home.

"It is up to us to dictate the terms though – we must be at them right from the off and ready to put on a show under the lights."

Crawley are one of Stevenage's most familiar foes. Other than in 2011, the two sides have faced each other every year since 2004 across five different competitions/leagues.

Live match commentary will be available for this game so make sure you subscribe to the new Stevenage iFollow service. Supporters can log-in and listen from the Live Match Centre just ahead of kick-off.

If you are based outside of the UK & Ireland, you can stream the game LIVE! 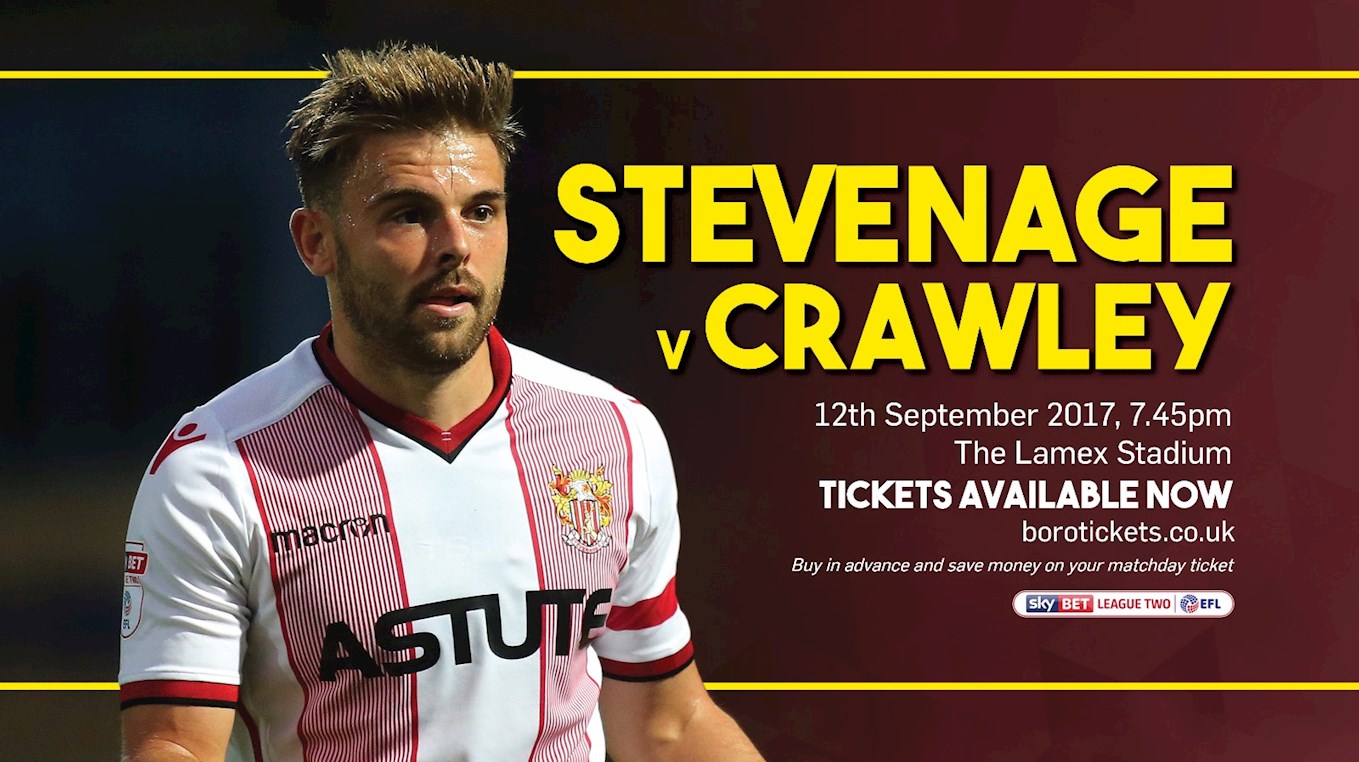