Check out our First Time Guide, aimed at providing all the vital information for both home AND away supporters.

Saturday is Academy Day! Find out more about & support the U18s in their 10:30am kick-off.

Advance priced tickets are available until 5pm on Friday in the club shop, or midnight at borotickets.co.uk. Tickets will also be available at matchday prices on the turnstiles or from the ticket office.

Port Vale supporters wishing to travel down can also pay on the South Stand turnstiles.

The Broadhall Suite will only be open to both home AND away fans from midday.

The Club Shop & Ticket Office are open from midday on Saturday.

Get to the game with our Arriva Shuttle Bus service which runs from the Bus Station and Railway Station to The Lamex Stadium for just £1.50 return.

Stevenage is aiming for a third win on the bounce on Saturday after victories against Morecambe and Carlisle over the past seven days.

Although the long midweek journey to Carlisle has taken its toll on the players, recent results and a strong overall start to the season will have gone someway in countering the affects as the squad hope to consolidate their place around the top of the table.

In contrast, Port Vale will be desperate for a result to kick-start their season after a poor start to their campaign has left the club manager-less going into Saturday’s game.

Michael Brown was relieved of his duties two Saturday’s ago but the club are yet to name his full-time replacement. Chris Morgan and Ned Kelly are currently working as joint-caretaker managers.

Just one win from their opening 10 games has left the Valiants joint bottom of the table, but with familiar faces such as Michael Tonge and Lawrie Wilson on the books, the squad’s quality isn’t in doubt.

Danny Newton, Fraser Franks, Terence Vancooten and Tom Pett all picked up knocks on Tuesday and could miss Saturday’s fixture.

All the players will be assessed across Friday and into Saturday morning as to whether they are ready for selection.

“It has been a really pleasing week, we are not finished yet though are we so I think it is a little too early to start clapping the players and saying we have had enough.

"I don’t think you ever really put in a performance like we did on Tuesday night without in the back of your mind thinking, 'let’s not let that be in vain'.

“We have got to make sure we try and carry on the good work. Let’s see it out, let’s see this one through and nine points in a week would be a terrific collection for the time period."

“We’ve been really pleased, me and Ned, with the response of the players over the last two games. We’ve changed the shape a bit, the lads have taken to it, but we still haven’t got that win.

“That little bit of quality in the final third is missing and it’s decision making. We got into good areas, but it’s just that final decision that is costing us."

We are tied when it comes to historical results against Port Vale - 2 wins, 3 draws and 2 defeats in all competitions.

Our last fixture against the Valiants came in November 2016 as Boro were knocked out of the FA Cup with a 1-0 First Round defeat at Vale Park. 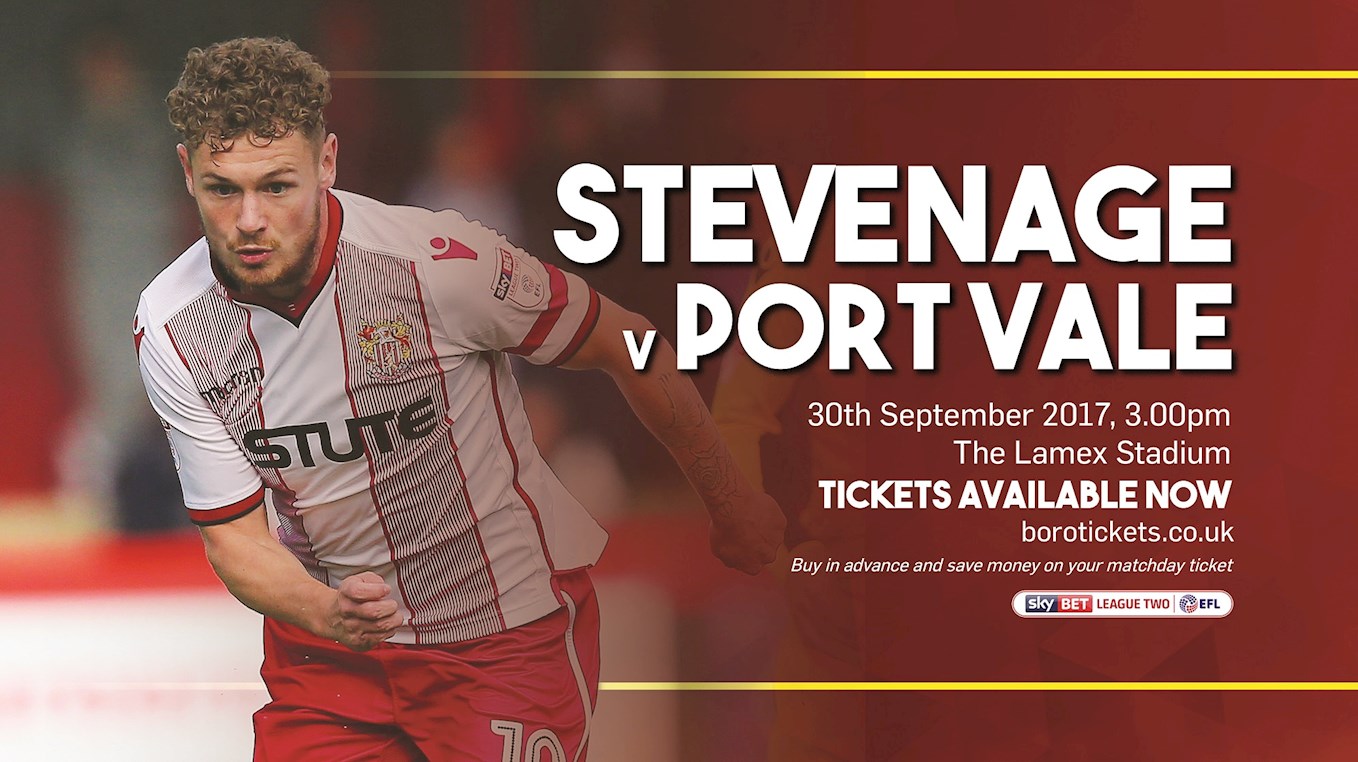