Get the lowdown ahead of Saturday's big game...

Matchday tickets are also available from the turnstiles or Ticket Office for both Stevenage and Cambridge supporters. See all prices here.

On Saturday we are showcasing the brilliant work that Stevenage FC Foundation do. Find out more here.

Cambridge United fans - take a look at our Away Fans section of the website ahead of Saturday's game.

The Broadhall Suite will only be open to HOME & AWAY fans from midday.

Look out for our new Astute Family Challenge at half-time… All the details can be found here.

Although both sides have little to play for in terms of play-offs or relegation, a top half finish is still in-sight and local bragging rights are of course up for grabs.

It has been a disappointing season overall for both clubs and as such, both have seen a change of manager since the last meeting between the two sides, back in November.

As has often been the case at the Abbey, a late goal condemned Stevenage to defeat.

It has been a positive upturn in foruntes under Dino Maamria, now four games unbeaten with two wins and two draws coming from the last four fixtures.

After the U’s went on a mini revival under Interim Head Coach, Joe Dunne in February, results have since tailed off with just one win from their last seven games.

Ben Kennedy is a possible return to the team after picking up a dead leg at Newport.

Ben Wilmot is unlikely to be made available whilst Mark McKee, Dean Bowditch and Jonathan Smith all remain doubts, but the squad remains in decent order heading into the weekend.

“We have a rivalry between Cambridge and Stevenage, we had it from non-league and we have got it now in the Football League.

“I enjoyed great games against Cambridge, we have beaten them many times and we loved beating them.

“Saturday’s game will be a middle of the table encounter, but I am sure it is going to be an entertaining game and I will make sure we will be up for it.

“I want everything. I want to entertain the fans and I want to win football matches.

“Stevenage Football Club is not a club where they are going to moan when we lose games, they will moan when they see the players not putting effort in.

“As long as we put everything we got on the pitch and the players show that they care about their performance then we will be on the right path.” 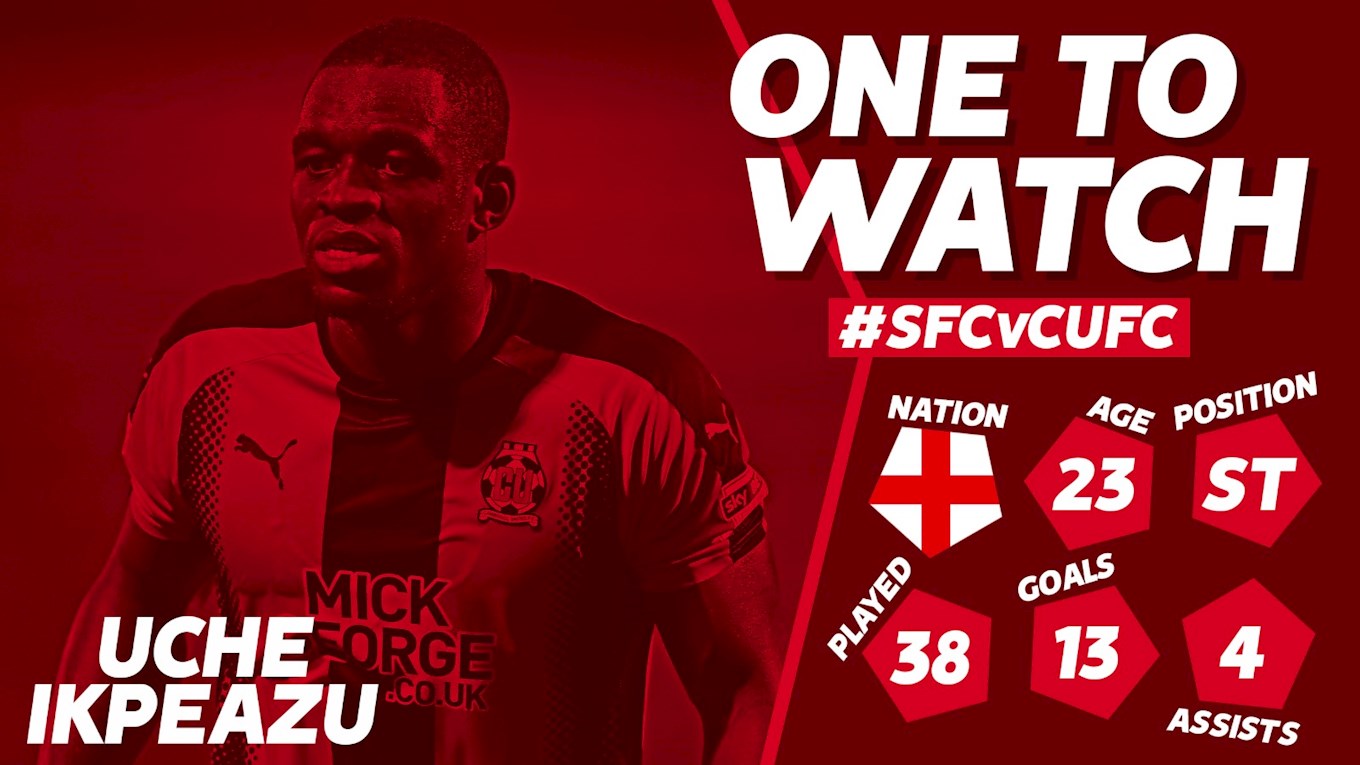 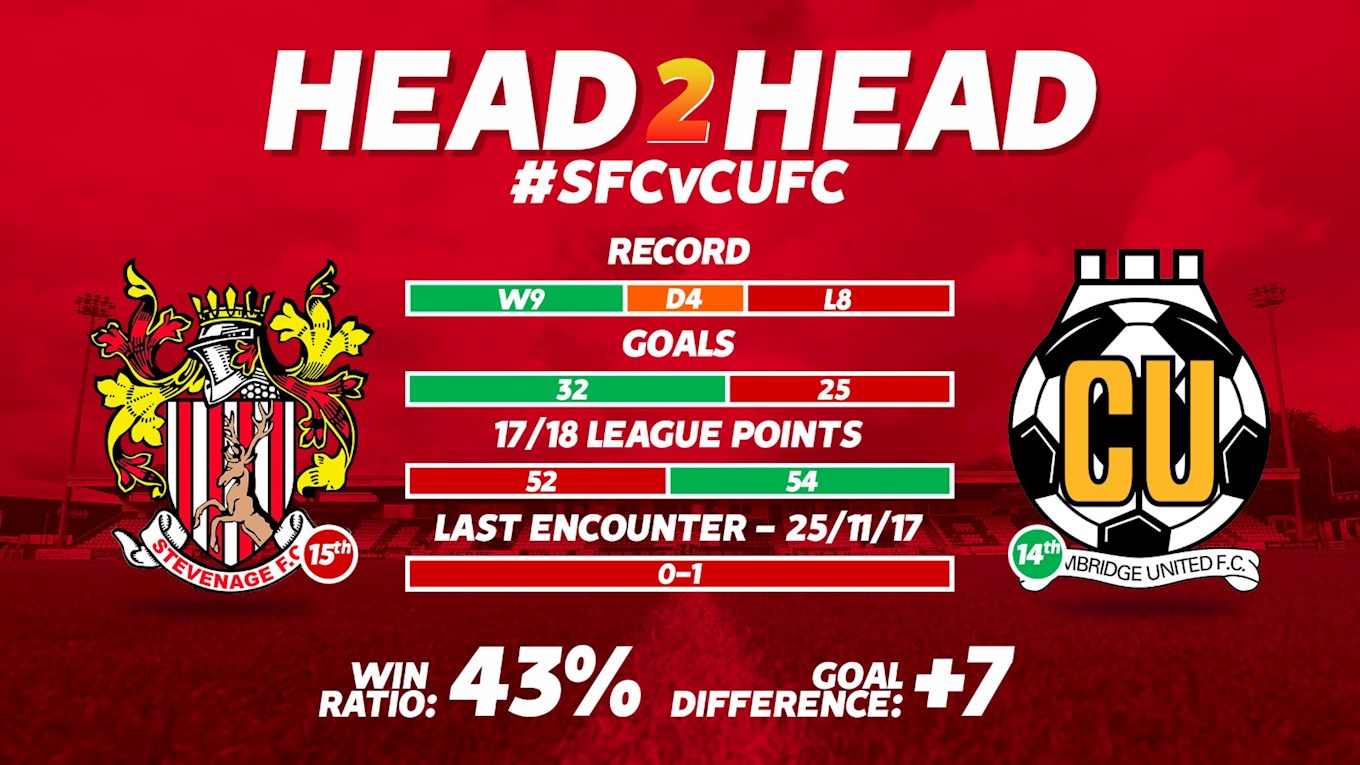 It's a trip to the Ricoh Arena on Friday 20th April as we take on Coventry City on a rare Friday night clash.

We are back at home on Saturday 28th April for the final time against Exeter, before finishing off the season away at Wycombe. 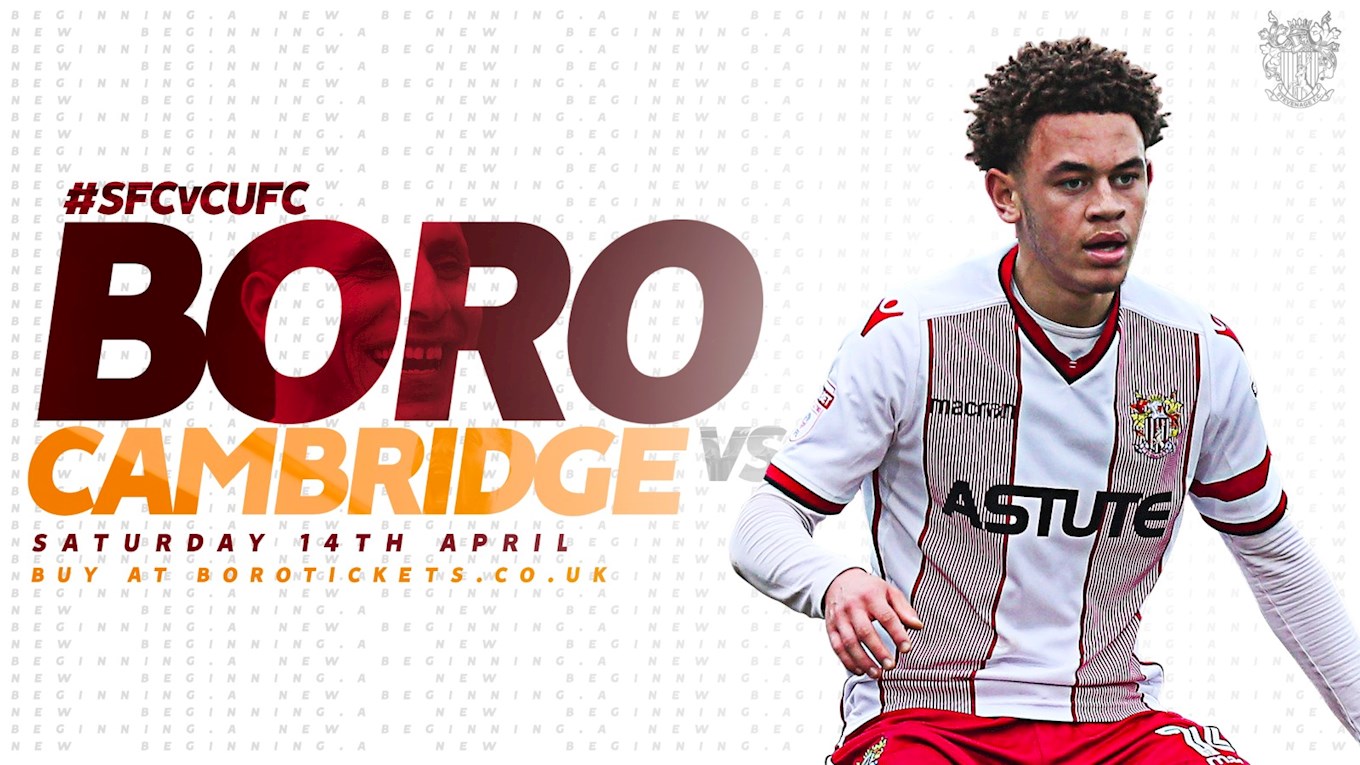