“Another good performance on Tuesday night saw us share the spoils with Mansfield, in an entertaining game.

"The respective budgets of the two teams were significantly different, but you wouldn’t have been able to tell which team had half the budget of the other from watching the game.

“That’s what we expect from a Stevenage team – passion, pride and enthusiasm. We have recruited the technical talent, but without the resilience needed, results won’t go your way.

“We looked like a side that was hard to beat – we came under a lot of pressure in the last 30 minutes as Mansfield simply had to win, but in my opinion, we could have been there all night and our defence would have stood firm."

“We are coming into the last four games of the season and now we are safe, Dino can start to look at options of playing style and individuals for next season.

“Clearly our objective next season is to do a lot better than we did this and Dino knows we have to be in the hunt for promotion as well as fare well in the cups we enter.

“We have some amazing young talent in the squad and hopefully we will introduce one or two more next season.”

“There is a lot going on behind the scenes, with Darren moving into the new role at Shephalbury with a remit to create the best Category 3 Academy in the south of England and to develop and enhance our interests in the commercial side of football through our college scheme.

“We have also got plans to bring international income into the club using our youth facilities and expertise.

“That extra 1,500 customer base is the equivalent of six top earning League Two players and that’s where we need to get to.

“Alex Tunbridge coming to the club as CEO in July will also change a lot, especially with fan engagement – an area where I can see we have fallen down on in our fight for financial survival.”

Read the Chairman's full programme notes in the Stevenage v Cambridge programme for just £3. Tickets are available in-advance or on the turnstiles. 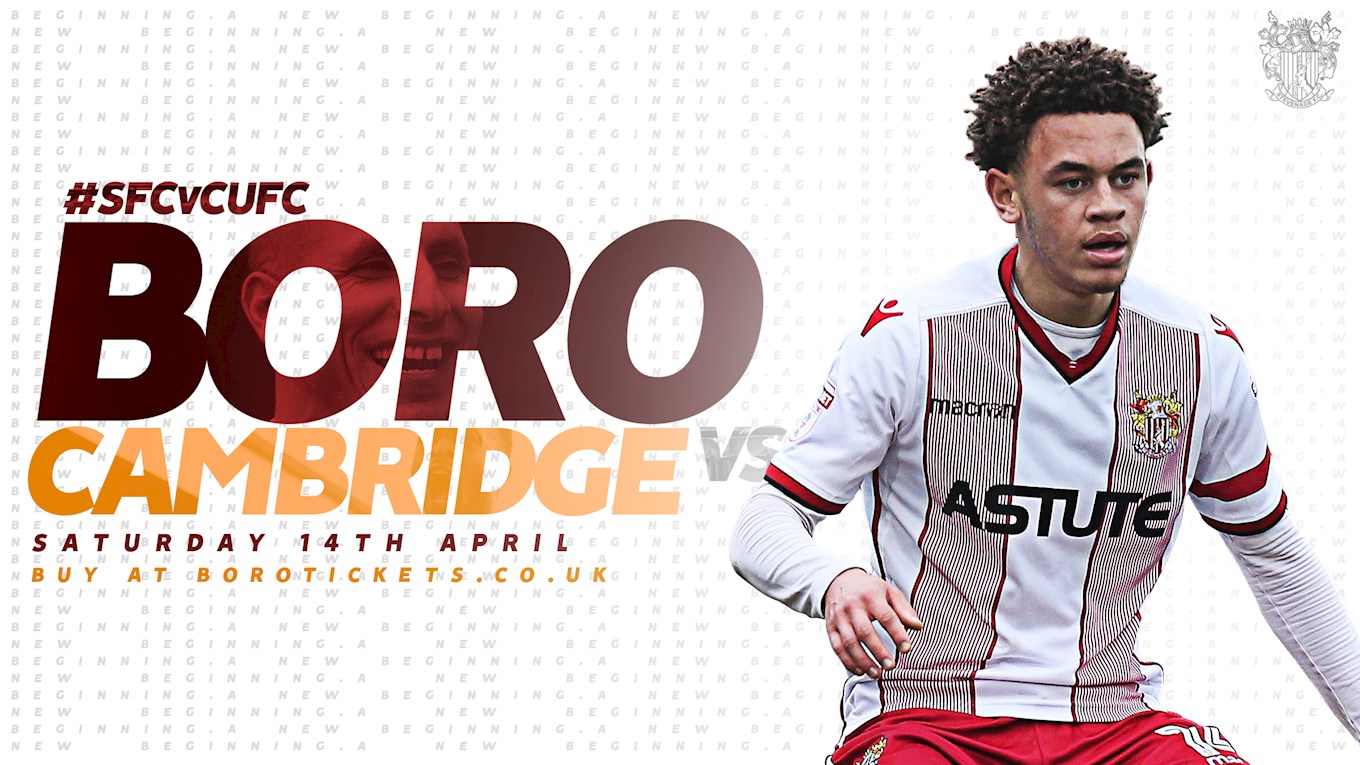