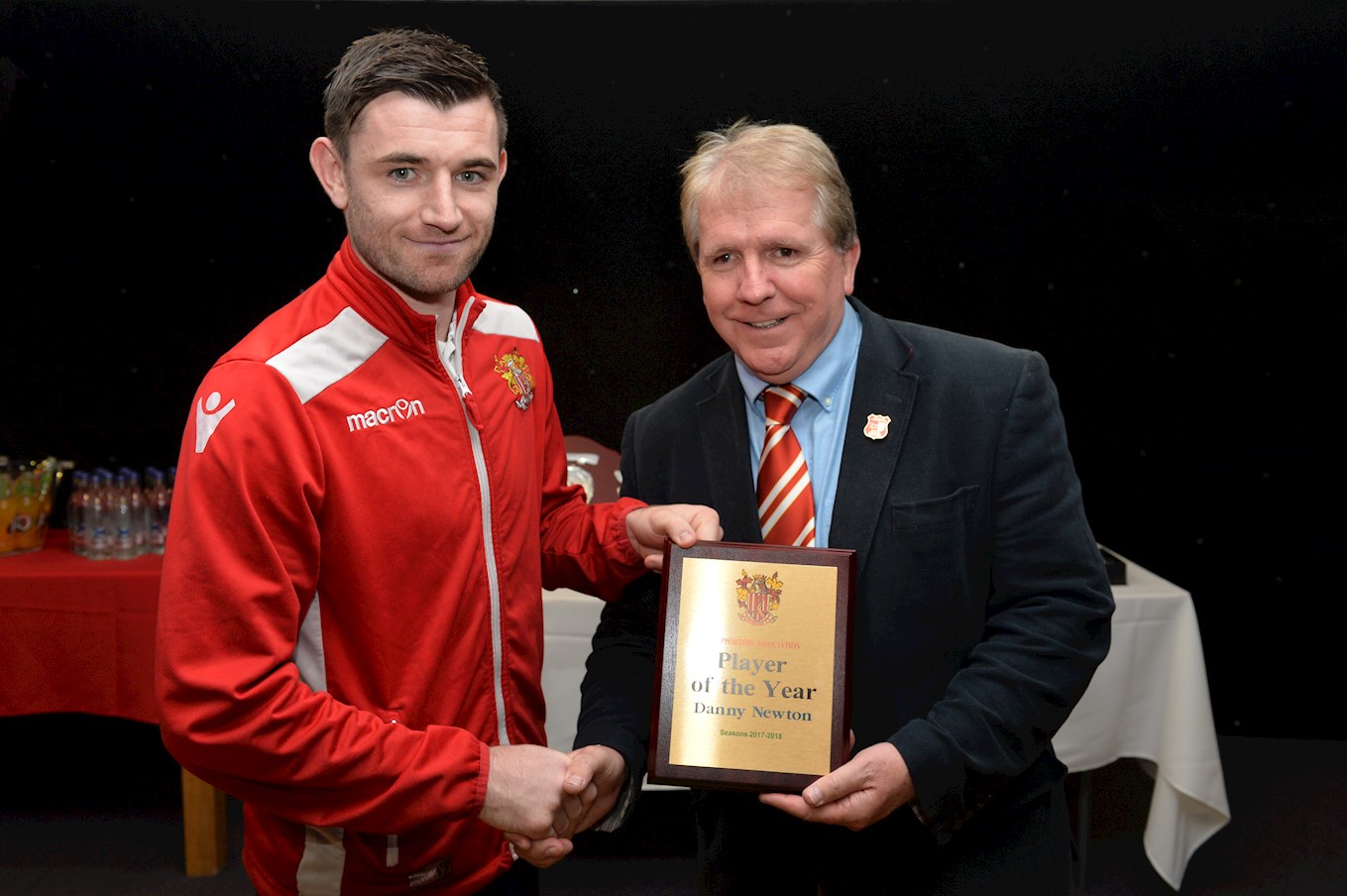 Young defender Ben Wilmot claimed the Young Player of the Year Award, newly commissioned for this season and named in honour of Lee “Pitbull” Evans, an avid Stevenage supporter who sadly passed away last year. 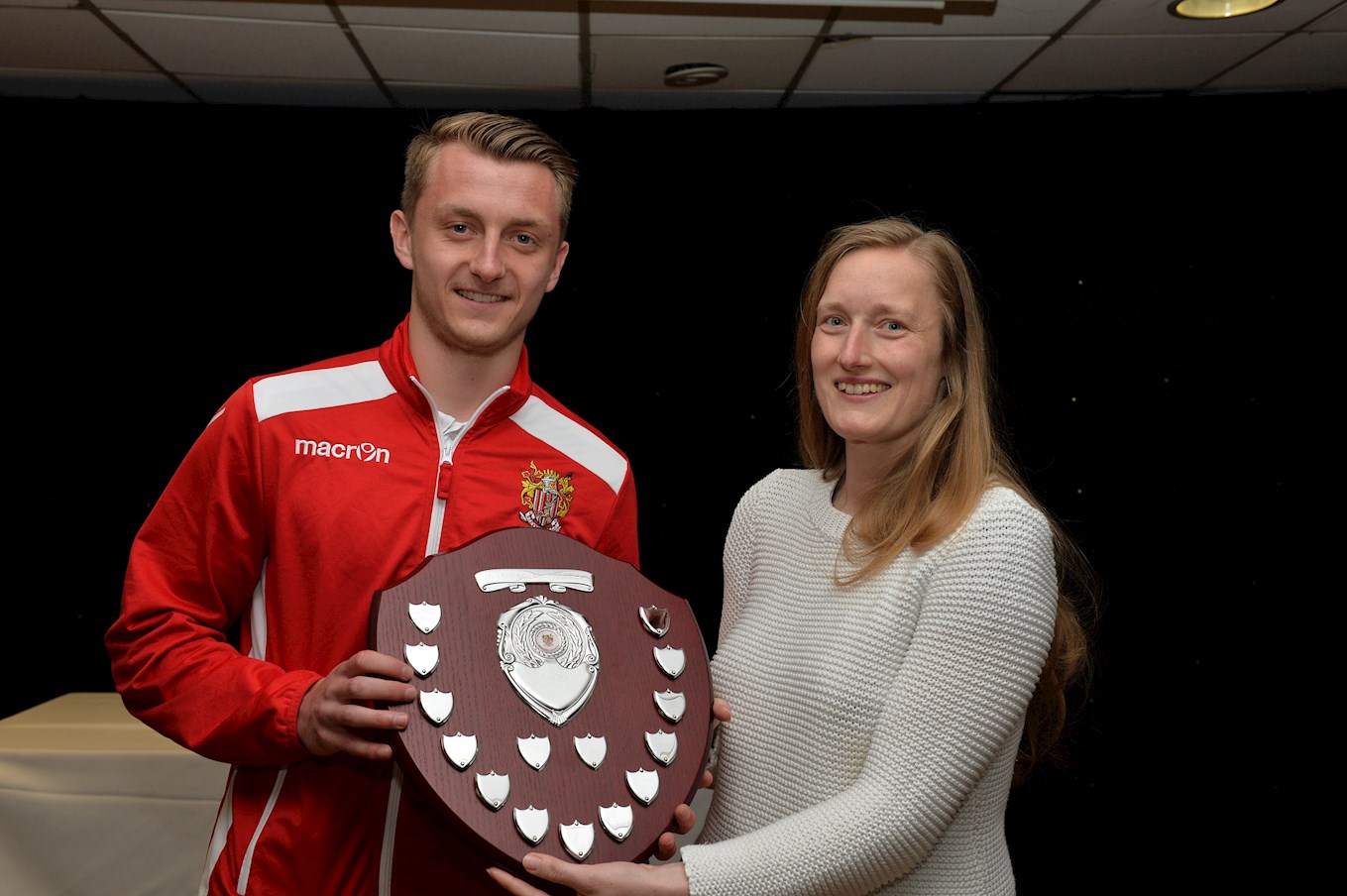 Mark McKee ran both Ben and Danny close in their respective awards, but the night belonged to Newton who said he couldn’t have dreamed of this 12 months ago.

“I never would have thought it was possible.

“I just wanted to try and get in the team, that was my first and main goal when I joined the club.

“As the seasons gone on I have obviously grown in confidence and I have enjoyed every minute of it. I have just tried to get better as the season went on.” 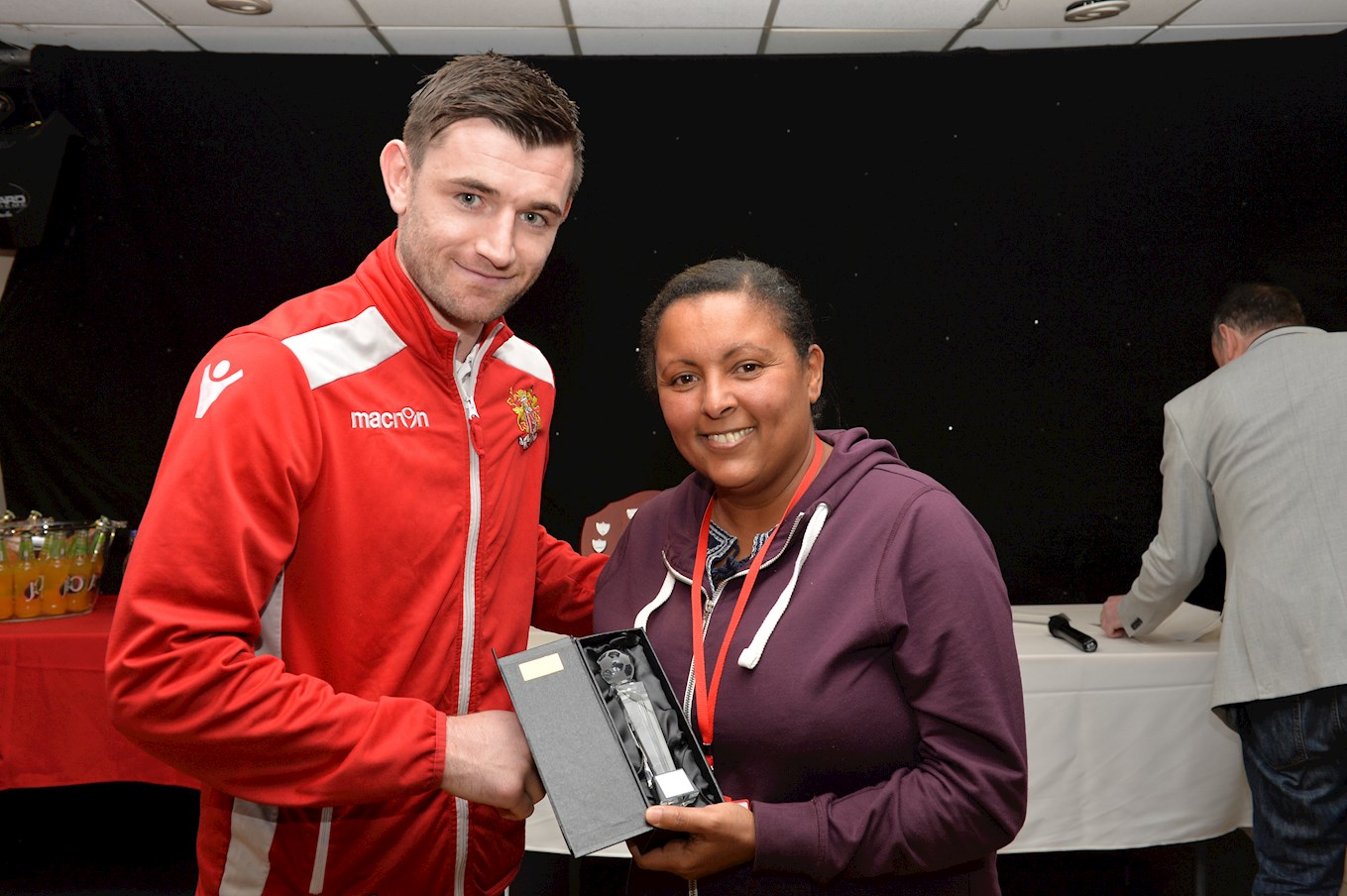 When pressed as to the secrets to his success, Newton struggled to come up with an answer

“I am not sure to be honest. I try and give everything I can every game. I will play through anything and I just try to impose myself on the opposition.

“I will do whatever I can to get on the pitch because I enjoy being out there and a lot of credit goes to my teammates as well.

“They have been brilliant with me and I have fitted in really well. It's been a blast.

“It’s a mixture of everything really. I think I have put in the hard work, but like I said everything has fallen perfectly.

Being recognised by his peers as the Players Player of the Year is particularly pleasing for Newton. 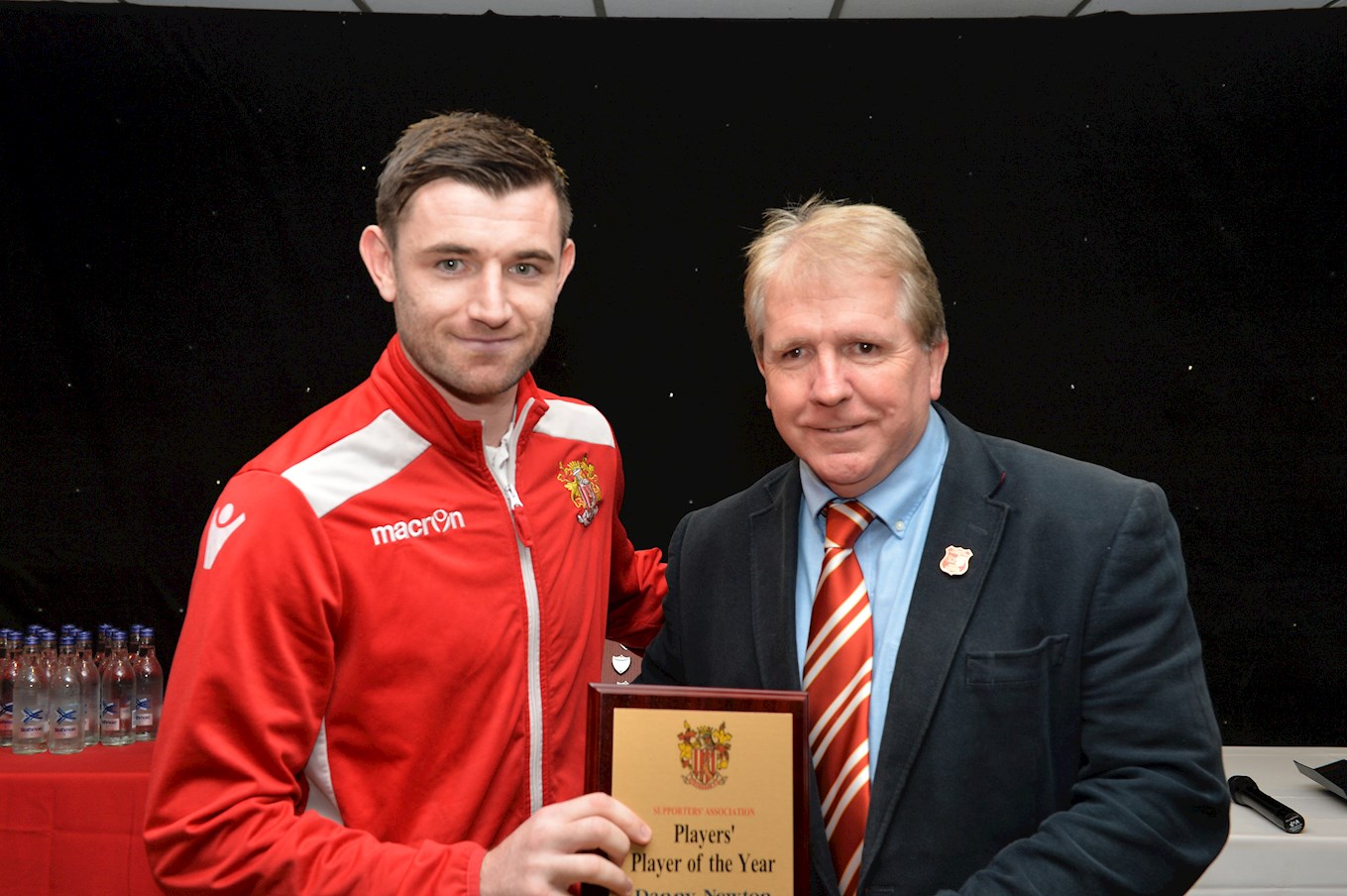 “That's the one that means the most. To be acknowledged by your teammates like that is what it’s all about.

“They have been brilliant with me. They really are a great bunch of lads.

“I know we have had ups and downs all season, but the lads have kept each other going.

“Obviously things have not gone for us, but we know what we are capable of and there are plenty of positives to take into next year.”

Newton’s season has had countless highlights. 16 goals including a whole host of spectacular strikes meant picking a single moment was a difficult task.

One goal stands out to him though.

“I would have to say in the FA Cup against Swindon, that is my favourite goal.

“I think it was frustrating for me at the time we played Cambridge the Saturday before and I picked up a little knock.

“I was not in the team and I was gutted because obviously it is FA Cup and everyone wants to play.

“But coming on and scoring that goal where I ran from like the half-way line was massive for me and it kick-started my time here again.

“I think it won Goal of the Round on the BBC and it was just a really special moment.

“There have been a few though. I would probably say the best goal was the one against Barnet recently which just capped off another brilliant day.”