Everything you need to know ahead of Boro's trip to Coventry...

Kick-off is at 7:45pm and advance priced tickets have now been taken off sale.

Matchday Tickets are available though and can be purchased from the South Stand turnstiles (cash only).

Wheelchair supporters will pay their relevant age concession with a carer ticket free of charge.

Supporters are advised that there is a 2km Residents Permit Zone with the local council issuing fines for on-street parking.

Full away supporters matchday info can be found here.

A four game unbeaten run came skidding to a halt last Saturday as Cambridge United came away from the Lamex with a 2-0 win.

Although the season will be soon over, there is still plenty to play for as players try to earn new contracts ahead of some big decisions to follow in the coming weeks.

It certainly won’t be an easy finish. All three of our remaining fixtures (Coventry, Exeter and Wycombe) are all firmly in the promotion hunt so the boys will still have a big part to play in how the race for promotion shakes up.

After two defeats in a row, Coventry’s win against Crawley last Saturday means a place in the play-offs is in their own hands with four games left.

The Sky Blues currently occupy the final spot but have a game-in-hand on most of the teams in the pack.

“I am looking forward to it. We have shuffled a couple of things the last couple of days but our fundamentals are always the same. There are certain habits I want to instil in the team and take forward.

“Hopefully then we will have an identity so the players know what they are doing and the fans know what to expect.

“They are a top seven team, fighting for the play-offs and have a good home record but we have a game plan to go there and play on the front-foot.

“The pressure is all on the opposition but what we are trying to do is to build certain habits and we just want to see how we match with those top 7 teams.

“They are markers for us in terms of seeing where we are.”

“Stevenage have been playing four in midfield with a diamond and that can represent a different challenge to us, but he could change it and do anything having been in only six games or so.

“They’re capable, they have some decent players and we know we have to be at our best from now until the rest of the season not only to get into the play-offs but to give us some momentum if we get there.” 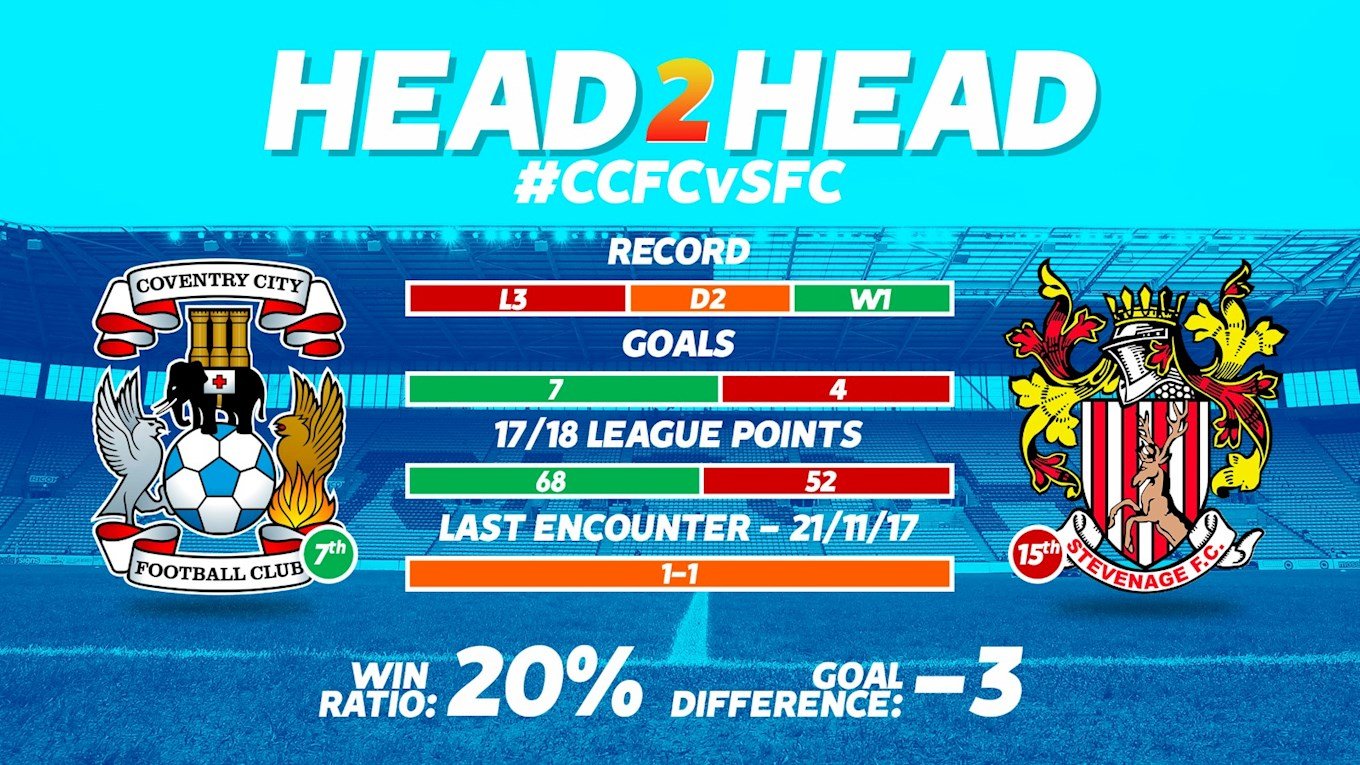 Make sure you are following our Twitter account throughout the day as we bring you the very latest from the Ricoh Arena.

Stevenage host Exeter for the final home game of the season next Saturday.