First three points for Dino and the lads...

Two late goals from Alex Revell gave Stevenage their first three points of the season away at Crawley Town.

After a goalless first half, the second half exploded into life with goals from Alex Reid and Crawley’s Ollie Palmer, before Revell put the game to bed in the final embers.

Dino Maamria named three changes to the team that drew with Tranmere a week ago, with first starts of the season for Ronnie Henry and Danny Newton, while Kurtis Guthrie made his debut for Stevenage.

The first shot of the game came on the quarter hour mark. Debutant Kurtis Guthrie, who had seen plenty of the ball, picked it up just outside the box before dragging his shot wide of the left-hand post.

The hosts then looked to go ahead from a corner, ex-Boro player Filipe Morais’ cross was met by George Francomb, whose header floated over the bar. The game was end-to-end, and both teams looked like scoring.

Guthrie looked to be our danger man, picking the ball up from deep and driving forward. This time his shot went straight down the middle towards the Crawley ‘keeper, but he could sense a goal for himself in this game.

Ten minutes before the break, Danny Newton was forced off through injury, and replaced by Alex Reid.

The visitors were creating the most chances in the first half. Revell was a constant nuisance down the right flank, bolstering his way past defenders to create chances. His cross was met by James Ball at the back post, whose header fell just wide of the far post.

After a well fought first half, the teams went in level at the break.

Almost immediately after the teams came out for the second half, Boro were in front. Great combination play from Wildin and Revell down the right set up a cross for Alex Reid, who placed his header perfectly into the top corner. Stevenage had the all-important first goal.

The hosts then levelled instantly. Filipe Morais’ cross was met by Ollie Palmer at the back post, and the ex-Lincoln City forward made no mistake planting the ball into the back of the net.

Boro then had an opportunity to regain their lead. Brilliant hold up play from Alex Revell on the half way line allowed Alex Reid to get in behind the Crawley back four after the ball was played to him. The new forward cut inside onto his left foot, before curling his effort just wide of the far post.

With 10 minutes until full-time, the gaffer swapped Kurtis Guthrie for Emmanuel Sonupe, and the winger nearly made an instant impact. Within seconds of entering the pitch, the ball fell to Sonupe on the penalty spot, but last ditch defending on the line denied Boro taking the lead once more. It was all to play for here at Broadfield Stadium.

Stevenage left it late, but finally regained the lead on 88 minutes. Alex Revell, who had worked unbelievably hard all game, rose the highest to meet a cross from out wide, and powered into the back of the net. The goal sent the away fans behind the goal into absolute raptures

Added time and Crawley were committing bodies forward. This only came to their demise and Stevenage doubled their lead. James Ferry picked the ball up in the middle of the park, and with a sublime pass, sent Alex Revell through on goal. The forward made no mistake and Boro had the win.

Three goals, three points. A perfect away day for Stevenage.

Don't forget, Boro take on Morecambe at the Lamex Stadium next Saturday. Come and join us as we look to make it two wins from two... 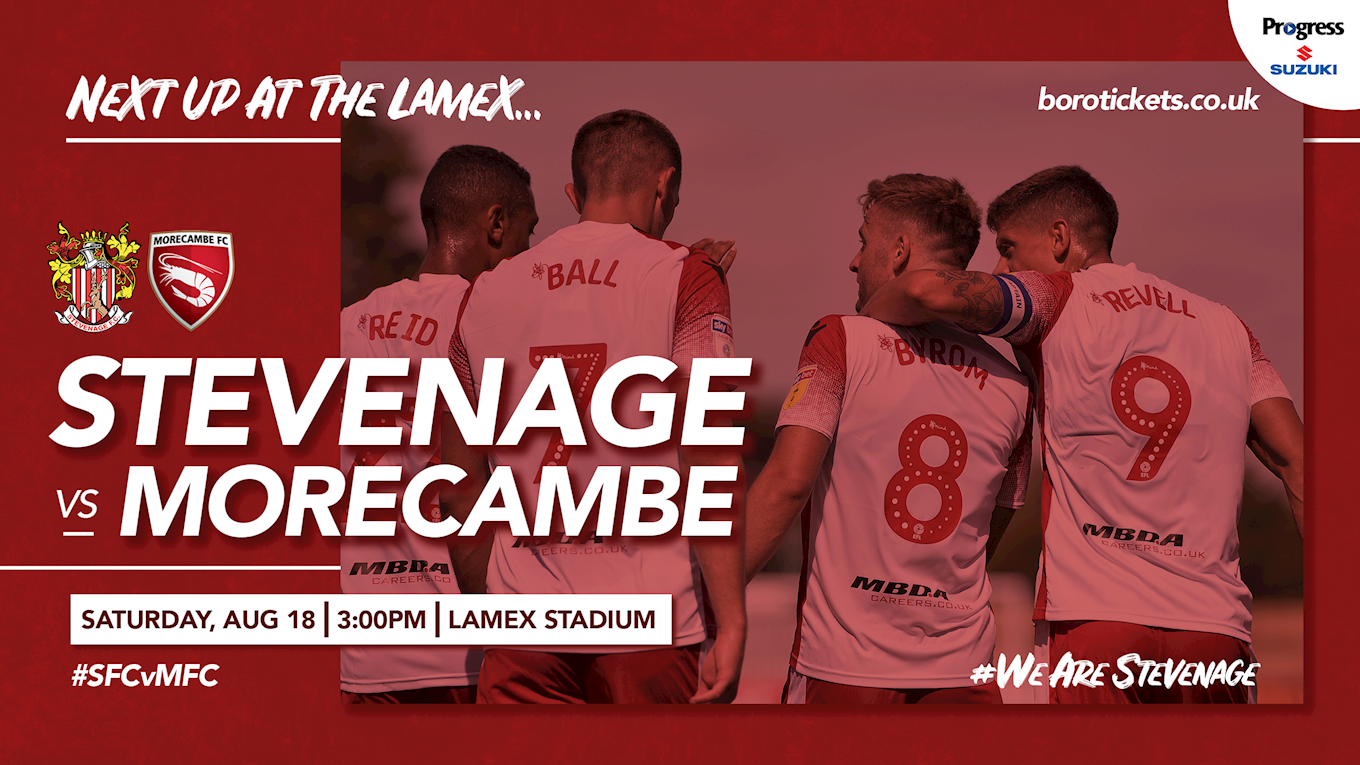