Stevenage’s U18s exited the FA Youth Cup at the Third Round stage on Wednesday evening despite a spirited comeback from Jorden Gibson side...

After falling behind early through a close-range Ben Thompson strike, Sam Okoye’s red card on 32 minutes was compounded by a second Bury goal on 38 minutes and the game seemed all but over for Stevenage.

Boro’s boys refused to give up though as they dominated the second half with goals from Switters and Smyth taking the game to extra time. 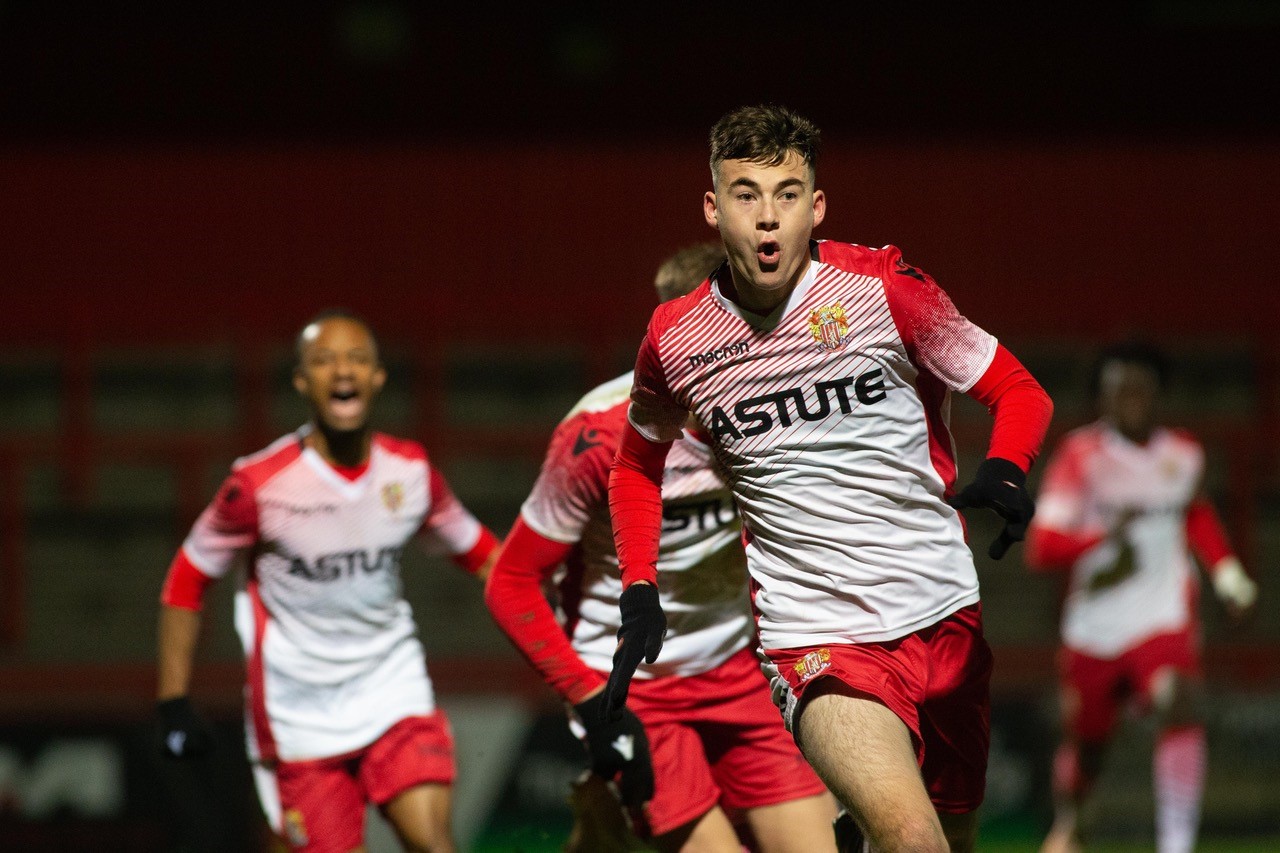 Playing over 90 minutes with 10 men eventually took its toll as Bury finished the tie off with two goals in extra time.

Speaking after the game, Jorden Gibson said he couldn’t be prouder of his players.

"I just wanted them to be brave and they were in the second half. To come back to 2-2 and take it to extra time, it shows what these boys are about.

"The fourth goal was always going to happen when you go a goal down. You have to chase it, you have to send your bigger ones up, you have got to play a little ugly but they gave everything and I am super proud of them."

"In Cup Football anything can happen and they have shown that today. To get back into it says a lot about their mentality and them as people. We are out but they have done really well and we go again."