Ahead of this Saturday's #NCSMatchday, we take a look at how the programme has positively affected one NCS graduate...

Working on the SA stall inside the Broadhall Suite, this new experience is just one example of a young man continuing to shine.

Leon took part in Stevenage FC Foundation’s NCS programme in the Summer and it has had a profoudly positive effect on his life.

His Mother, Clare Marsh explains how.

"Leon is a very happy young man but he has had difficulty with behaviour and learning issues.

"He can find making friends and learning a daily challenge. It was recommended to us that Leon would benefit from attending the summer NCS programme which is run by Stevenage FC Foundation.

"Due to Leon’s health issues I was very concerned that it may not be right for him, but from the start, NCS supported both myself and Leon.

"Stevenage FC Foundation took the time to come and visit us at home and put things in place to make this great adventure possinble. From the start, the NCS team at Stevenage were there to listen and help. 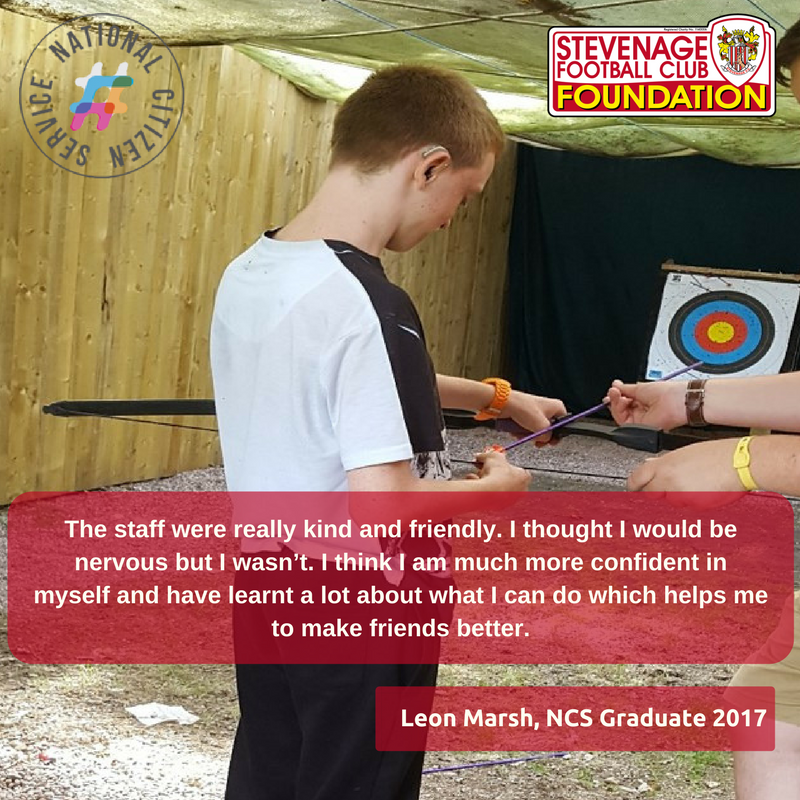 "Leon was already showing signs after his first week that he had grown in confidence and was beginning to believe in himself.

"He loved everything from building rafts to climbing trees, the list was endless. I asked to have a daily phone calls to see how he was doing but I quickly realised that these were not needed when he couldn’t wait to get back to his friends and teammates. He was already becoming more independent.

"During week two he learnt to cook his own meals, shop for himself, he learnt about money management and most importantly, how to make friends and believe in himself. This carried on throughout the four weeks.

"I expected some hiccups but NCS had everything to help Leon have the time of his life. 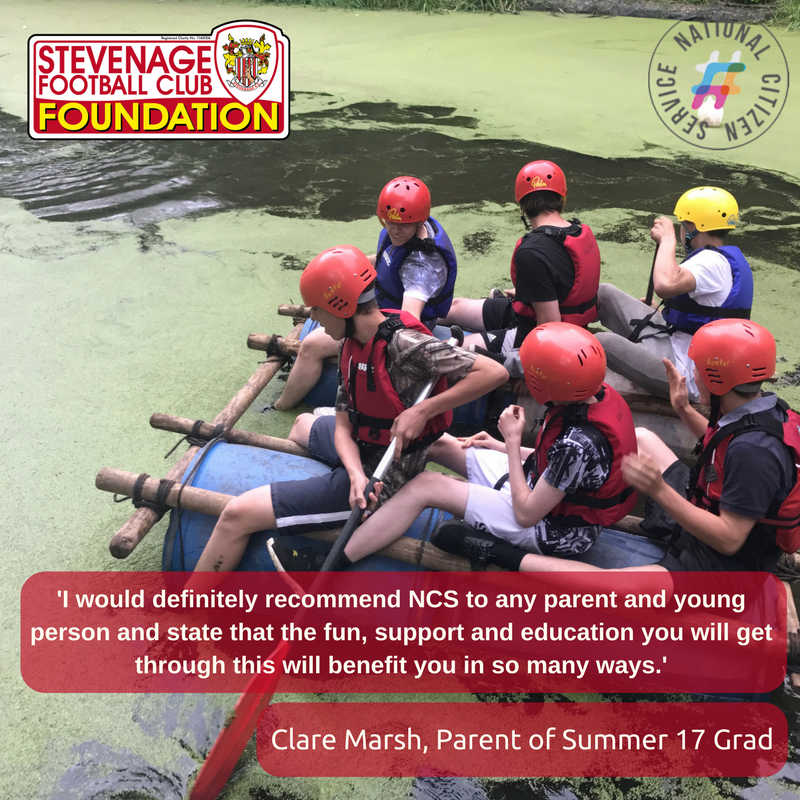 "When Leon graduated from NCS he did a speech in front of over 60 people talking about how NCS helped him do things he never thought he was able to do. These were his own words. I cannot express how much Leon has grown in confidence and self-belief.

"His behaviour issues have changed so much as well, he now attends college and from what he learnt on NCS, he has taken that with him and finds college a great place to go.

"NCS did not finish there for Leon. Stevenage FC Foundation are still there today and have organised voluntary work for Leon at Stevenage FC on a matchday where he helps on the Supporters Association stand. He loves this so much!

"I cannot thank Dani and the NCS team enough for all their support and help over the past year.

"I would recommend NCS so much to any parent or young person. The support and education has benefitted him in so many ways."

This Saturday's game against Mansfield is our designated NCS Matchday as we promote the scheme ahead of the summer.