The Stevenage Supporters Association FC hosted the 6th annual Mitchell Cole Memorial Tournament this past Saturday and the day once again a huge success...

Hosted at Arlsley Town’s Armadillo Stadium, £2,514 was raised for Cardiomyopathy UK, smashing last year's total of £2,260 and keeping up the record of beating each year's previous total.

Stevenage manager Dino Maamria was in attendance along with over 150 spectators.

The Mitchell Cole trophy was won by the Cole XI, which included Mitchell's brother Ben and friends/family of the Cole's. 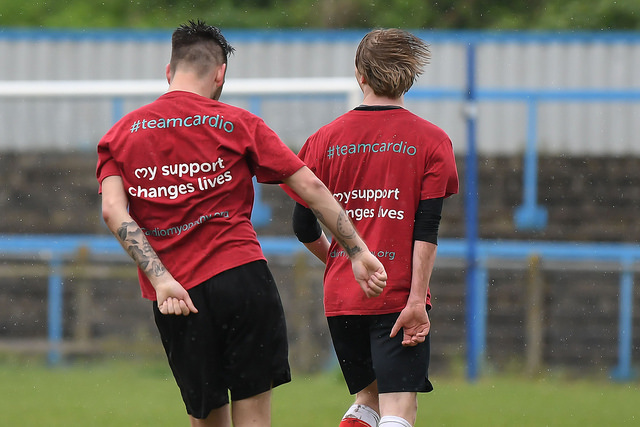 The trophy was contested between the Stevenage Supporters Association FC, a Cole XI and supporters team's from Cambridge, London Carlisle, MK Dons and a BoroGuide side.

"I am absolutely delighted to have seen the tremendous support the day had once more and to beat last year's amazing total is a special feeling. It makes all the organising, planning and the efforts of everyone involved well worth it.

"I have to thank Arlesey Town for once more providing such fantastic facilities for free and helping our cause, without them we couldn't make this day as special as it is.

“I would also like to thank the volunteers on the day as we would not be able to do this on our own, from those selling tickets, to those providing cakes & sweets. They deserve as much praise as possible.