Work on the new North Stand at Stevenage FC’s Lamex Stadium has recommenced ahead of the summer months...

Following our hugely successful Mini-Bond campaign. £600,000 was raised last summer as supporters bought into our vision of the future of football in Stevenage.

The sub-structure and foundations are currently being laid and this is due to be completed by mid-June.

The steel and cladding will then be going up shortly after, with the North Stand expected to be ready for use by November. 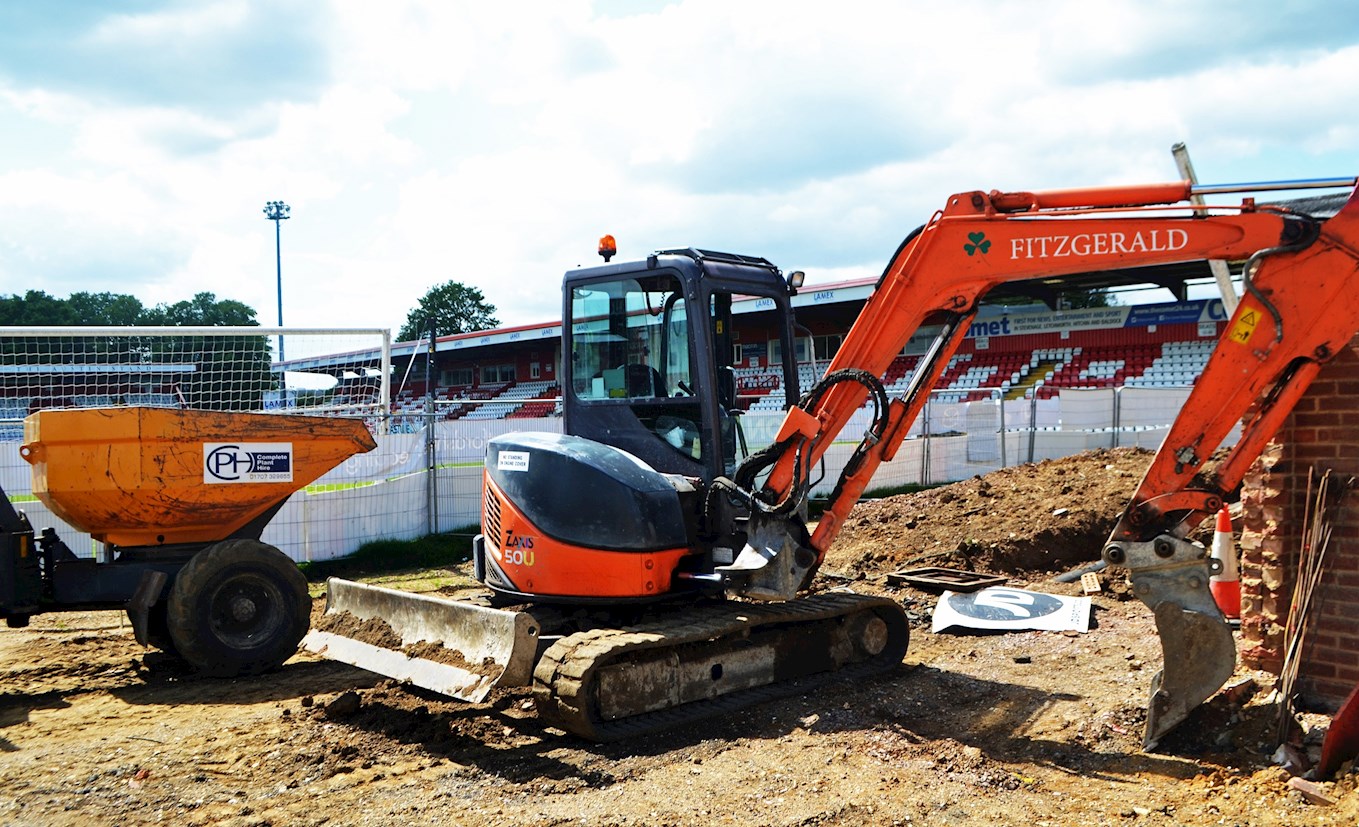 WMA Architects are currently finalising the inside drawings of the stand and bond-holders will soon be contacted regarding the various aspects of the North Stand Design Club.

Stevenage Chairman Phil Wallace said, “We stopped work some while ago to iron out some legal points with the council about what could and couldn’t be considered in respect of funding improvements to the stadium and our lease overall.

“That issue was recently settled and we are now back to enabling the sub structure works, so that the steels and cladding can be erected towards the end of June as planned. The delay has put us back a month or so and we are now looking at opening the North Stand for business in November.”

Information on seating, season tickets and further updates regarding the North Stand will be released when a definite opening date is confirmed.