Throughout the remainder of September, over 44,000 Stevenage residents will receive a letter from Manager Dino Maamria, inviting them to an upcoming game for the heavily discounted price of just £10 for two tickets.

After training finished, the squad patrolled Broadwater Crescent delivering over 300 letters to local residents whilst members of the local and national media covered the story from all angles. 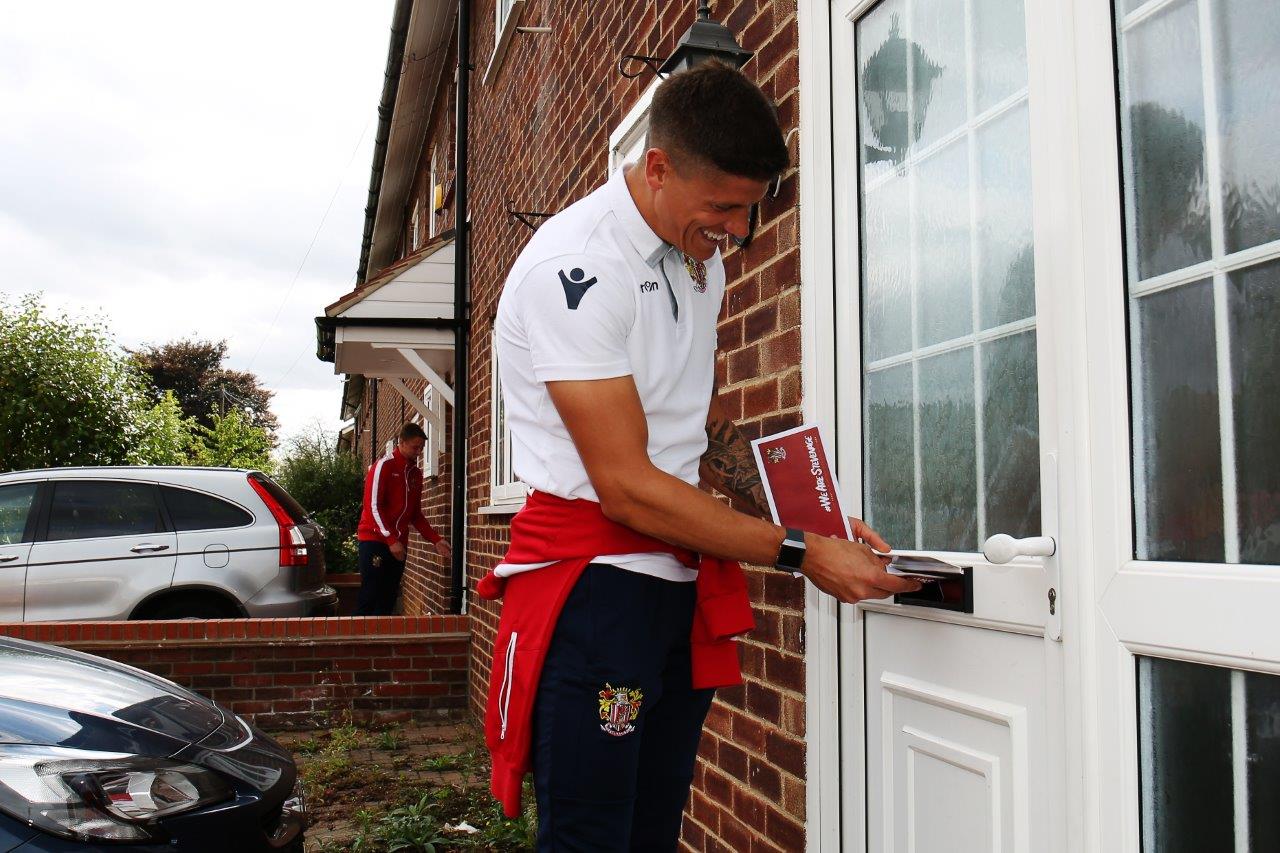 Take a flick through our photo gallery above, courtesy of Danny Loo, (The Comet) and watch our report below, to find out more.