Dino Maamria says that there is a positive mood amongst the Stevenage camp ahead of Saturday's home clash with Carlisle...

Victory over Grimsby Town last time out has given the squad a shot in the arm, and with the North Stand construction starting to pick up steam, the boss says that it is positive vibes only at Bragbury End Training Ground.

"There is always a good feeling in the building, there are always positive vibes. We do not let results affect our process but there have been a few good things this week actually.

"We had a great win last weekend with a clean sheet and walking past the Lamex Stadium you can see the steels are up, which is really good to see, so, I think we are in a really good place right now. Looking at the results the other night, they went the way we wanted them to go and we have got a big home game coming up against Carlisle.

"They are challenging up there so it is the sort of game you want to play. We are looking forward to Saturday."

Maamria credits last Saturday's improved performance with a back-to-basics mentality following some soul-searching during the week. Although he was pleased with the winnning display against the Mariners, Maamria is after even more this weekend.

"We had a long look back at us after the Notts County game, we looked at two particularly good moments in January and September where we were averaging almost two points per game. We have gone back to those months, we have broke them down bit-by-bit and the things we were doing well in possession and out of possession.

"The biggest improvement is leg work, in terms of high intensity running and distance coverage. We more or less went back to basics last week and went back to clean sheets, something we have not done for a while.

"So we have gone back to those things but we also used to retain the ball a lot better. We did that at Grimsby, and we have just been reinforcing that message this week and asking if we can do it a little bit better because I think Carlisle will be better than Grimsby."

Carlisle should prove a stern test. Currently sat four points ahead, just outside the Play-Off places, the Cumbrians will be eager to keep Stevenage at arms-length.

"They are a good team. They have been consistently in the top seven all season. They have changed their manager, they spent a lot of money in January and they have got some good players.

"It is going to be a good test but I am going to relish it because these are the games that we look forward to at this stage of the season.

"We know that three points will get us a lot closer to them and the pack but like I said, I think we have got to look after our own business first.

"If we win our games, football can change. We will have lots of twists and turns I think but if we go to every game and produce what we produced last weekend against Grimsby, we will be in a much better position." 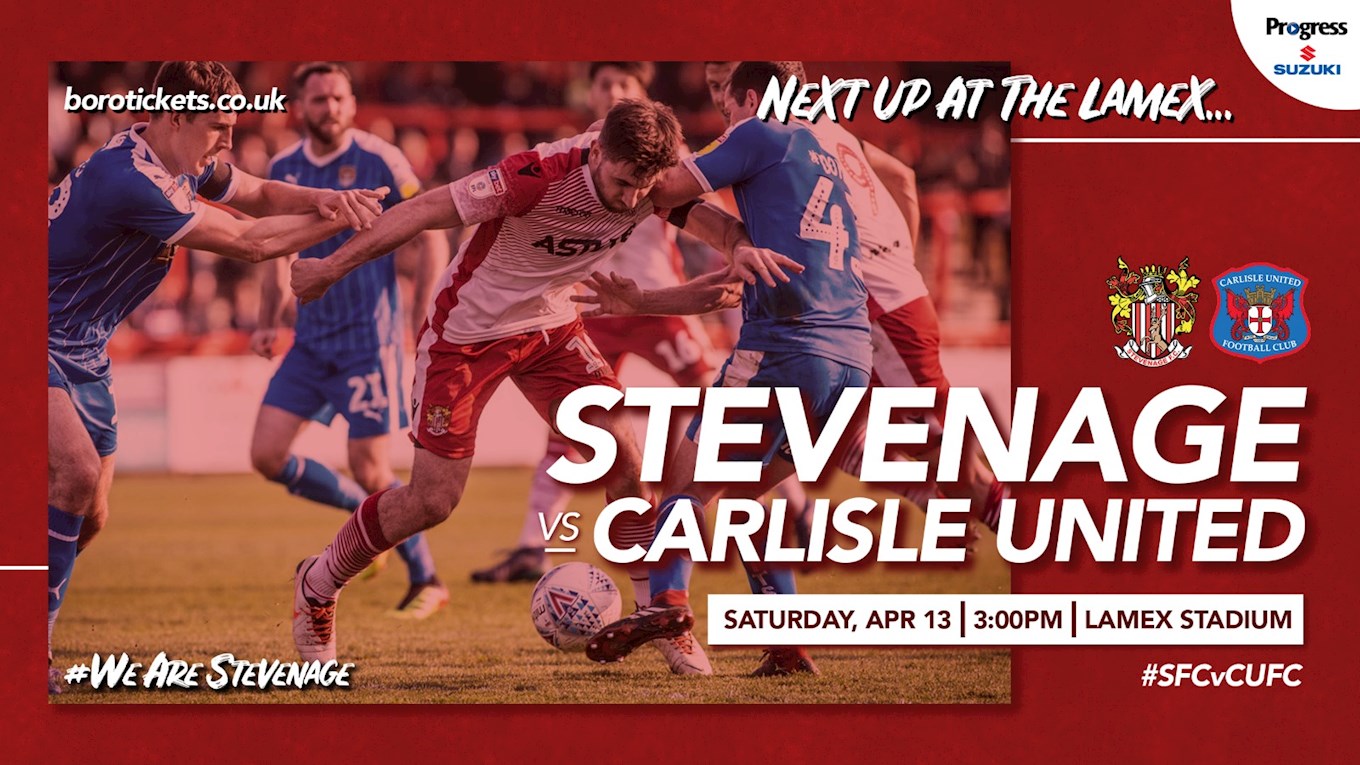