Find out more about Friday's opposition...

Port Vale's form has picked up just at the right time as relegation worries have been eased at Vale Park in recent weeks.

Since taking over as Manager at the start of February 2019, John Askey has made a big difference to Port Vale's fortunes. Four defeats in a row to start his tenure was hardly the perfect start, but since then he has led his side to Sky Bet League Two safety with four wins, two draws and two defeats.

Askey started his Managerial Career at Macclesfield Town, the club where he made over 500 appearances for as a player. After five years in charge, Askey produced a Managerial Mircale as unfancied Macclesfield won promotion back to the EFL in 2018.

Unfortunately for Macclesfield, Askey's name was now being linked with bigger clubs and he prompty left for Shrewsbury, where he was sacked after just five months in charge.

A few months later, Askey returned to the EFL when he took over from Neil Aspen at Vale Park.

Tom Pope is leading the way for Port Vale once again after scoring his 11th goal of the campaign against Crewe Alexandra earlier this month.

That goal moved the Stoke-born striker onto 100 goals for the club across two spells, cementing his name in the history of the footbal club. Now at the age of 33, Pope has proved his is still one of the best strikers at this level. 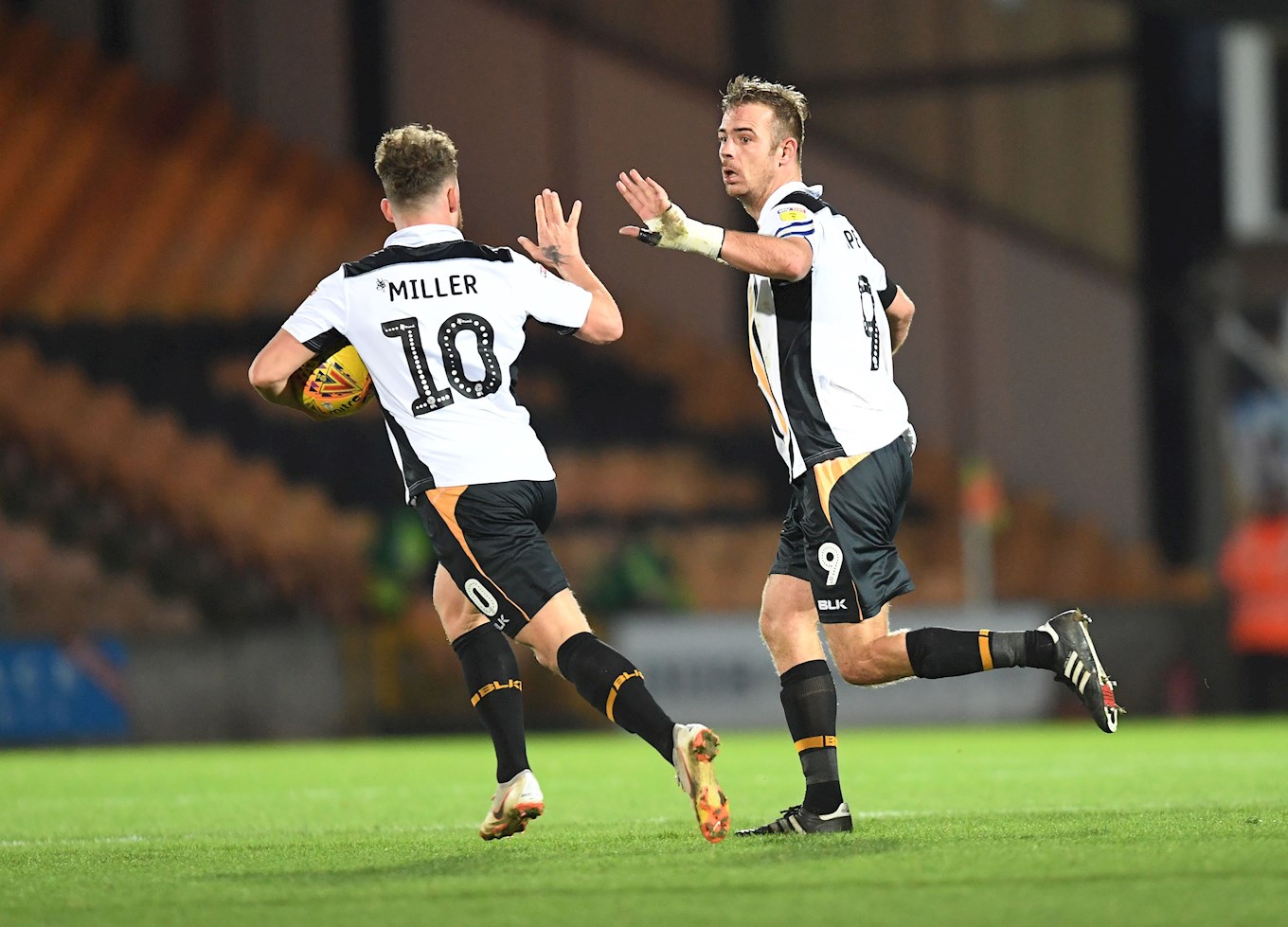 At the other end of the pitch, goalkeeper Scott Brown has been a stand-out player for the club this season. Brown has kept Vale in a number of games throughout the season and his record of 15 clean sheets is the fourth best in the division.

Only Macclesfield (34) and Yeovil (33) have conceded more goals at home than Port Vale (31), although much of the damage was done in a 6-2 defeat to promoted Lincoln City.

No other team in Sky Bet League Two have lost as many home games as Port Vale (11) this season.

It is a much more positive story away from home. Port Vale have the most away clean sheets (9) and have conceded the fewest (17) goals.

Who could be Port Vale's key player on Saturday?

"It has to be Tom Pope. He is the Captain, he has just scored his 100th goal for the club, becoming only the third ever Vale player to do so. He has started the last few games on the bench but even when he has done so, he has scored the winning goal in two of those last three games. He is the top scorer, the talisman and the big voice on and off the pitch. He is still the vocal point for the Vale by an absolute mile."

What do Stevenage have to do to beat Port Vale?

"If he is on the pitch, keep Pope quiet. He relies on good service so cut-off the supply to him, especially from balls out wide. That is what he thrives off. They will also have to find their way past in my opinion, the best goalkeeper in the League in Scott Brown. He has been outstandingly good."

What have Port Vale got to do to beat Stevenage?

"Score more goals. They have been doing better recently but in the games they have won, it is often by one goal and if you take Pope out the team, they have got a bit of a problem. Having said that, they look a much better side since the new Manager has taken over."