Take a closer look at the Bantams ahead of their visit to The Lamex Stadium on Tuesday 20th August 2019...

The Yorkshire based club are back in Sky Bet League Two after a six year stay in the division above. A disastrous campaign last time around saw the Club relegated as the bottom side in Sky Bet League One but the Bantams will be hoping for a similar season to the last time they competed in League Two, back in 2012/13. 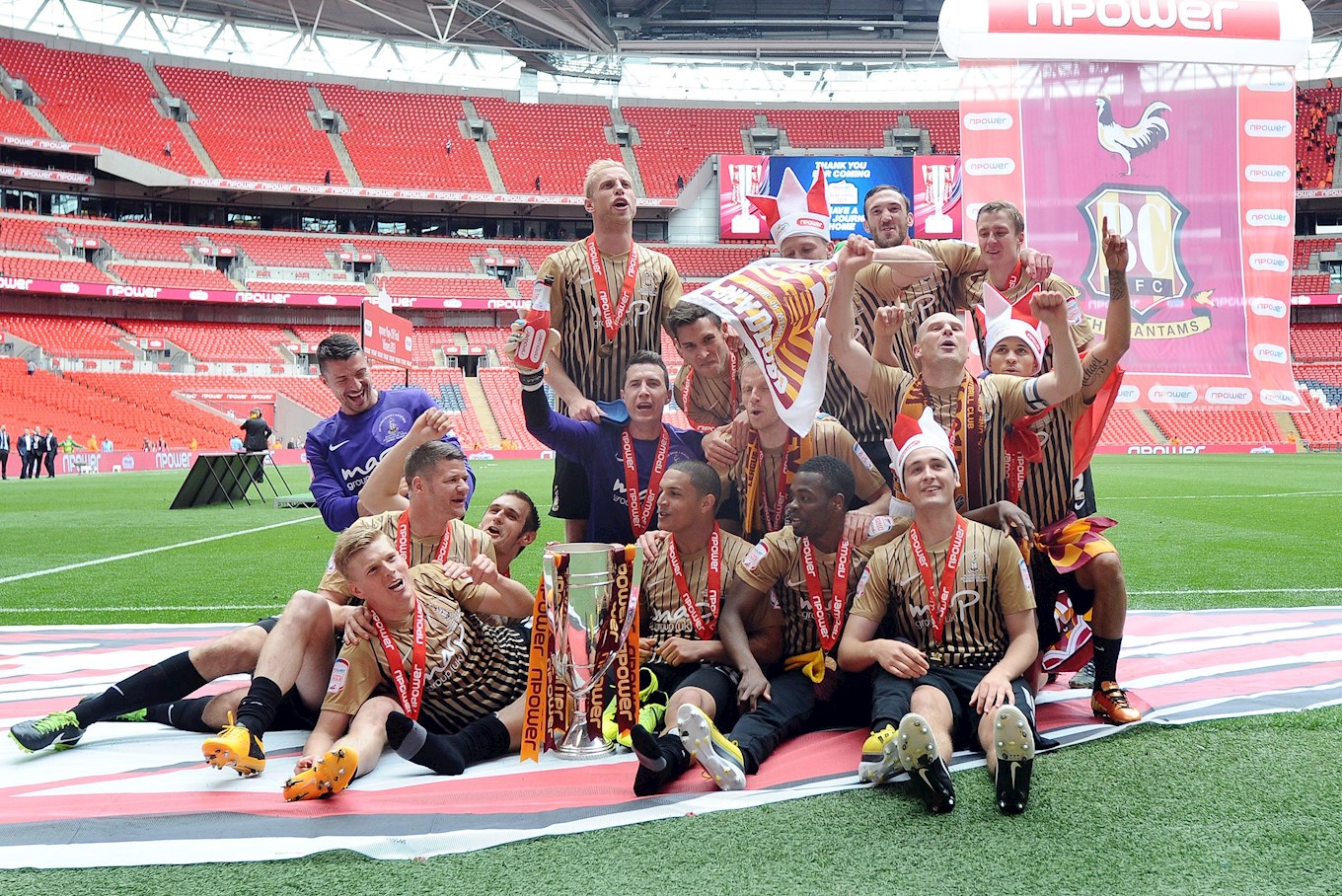 That year, the Club enjoyed a stunning season as they beat three Premier League teams to reach the League Cup final at Wembley, where they were defeated 4-0 against Swansea. A few months later the Bantams were back on Wembley Way, as they beat Northampton Town 3-0 in the League Two Play-Off Final, to cap off a historic season for the Club.

At the beginning of the season, Bradford was tipped as one of the favourites for promotion but haven’t had the best starts, despite still being unbeaten in the league. They picked up their first win last Saturday with a 3-0 victory over pointless Oldham, of which you can watch the highlights below.

Before that, the club picked up two points from their first two league games after draws against Cambridge United (0-0) and Grimsby Town (1-1).

On the incoming front, the Bantams have brought in two of the best strikers in the division, in the form of James Vaughan (Wigan) and Clayton Donaldson (Bolton). Both started up-front for their opening three league games of the season and both were on the score sheet last Saturday.

Gary Bowyer is the man in charge at Valley Parade after taking over from caretaker boss Martin Drury in March earlier this year. After picking up his first competitive win of the new season on Saturday, Bowyer commented, “I am happy with the result, the clean sheet and the three goals.

"I felt we could have played a lot better and maybe even added a few more goals. The pleasing aspect is that there is still loads to build on, for us to progress. But the main thing is us getting our opening win of the season and it was great to get that at home.” 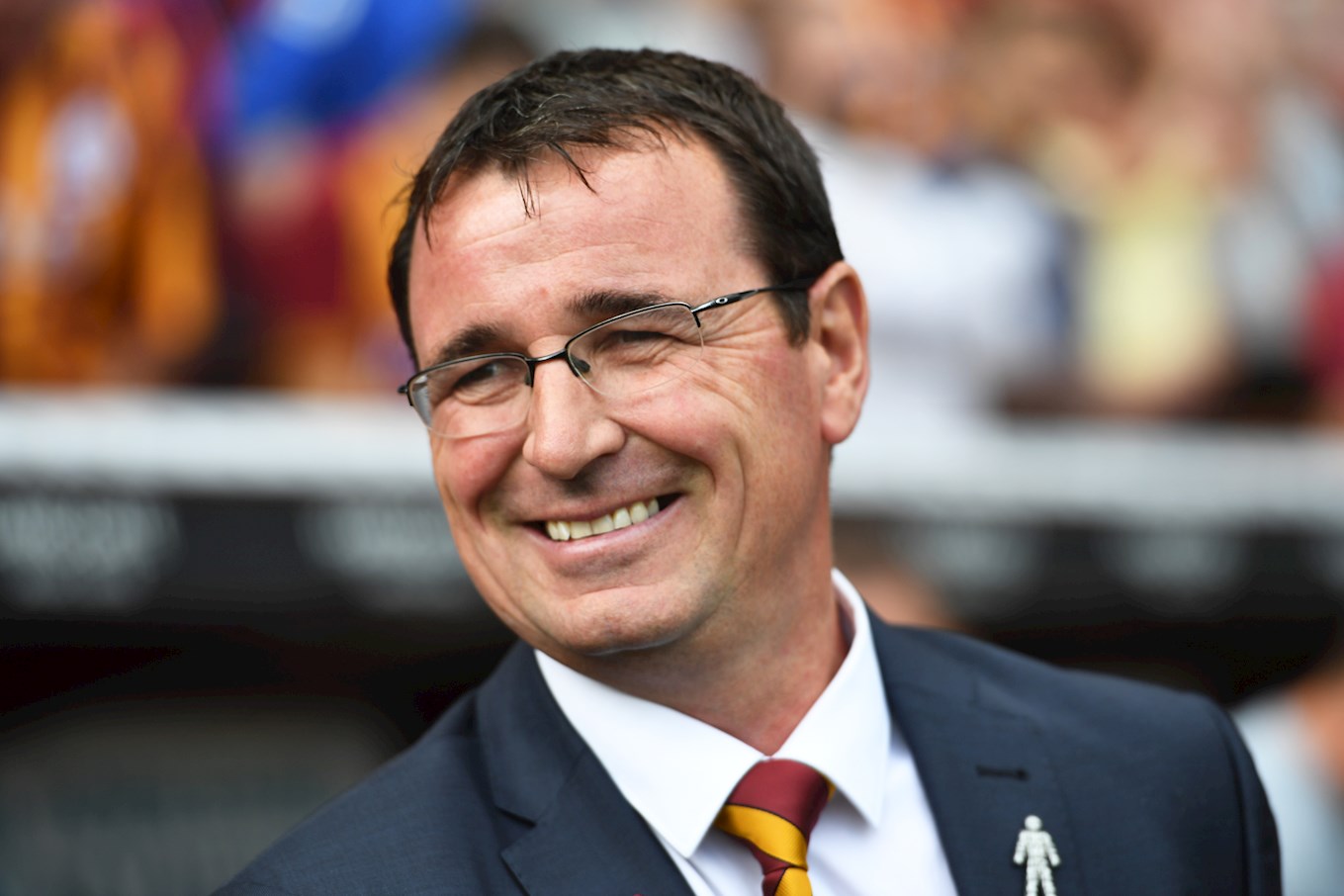 The 48-year-old managed Blackburn Rovers between 2013-15, but his biggest success came at Blackpool during a two year spell between 2016-18. After being relegated from League 1 in the 2015/16 season, Bowyer was appointed as manager of the Tangerines and guided them to an immediate return to the third tier after beating Luton Town and then Exeter City in the League Two Play-Offs. Bowyer then resigned from his position just a few months later in August of the new season.

James Vaughan (31) has played in all four major English leagues having started his career with Premier League outfit Everton, where he became the Club’s youngest goalscorer at the age of 16 years and 271 days, overtaking previous record holder Wayne Rooney. 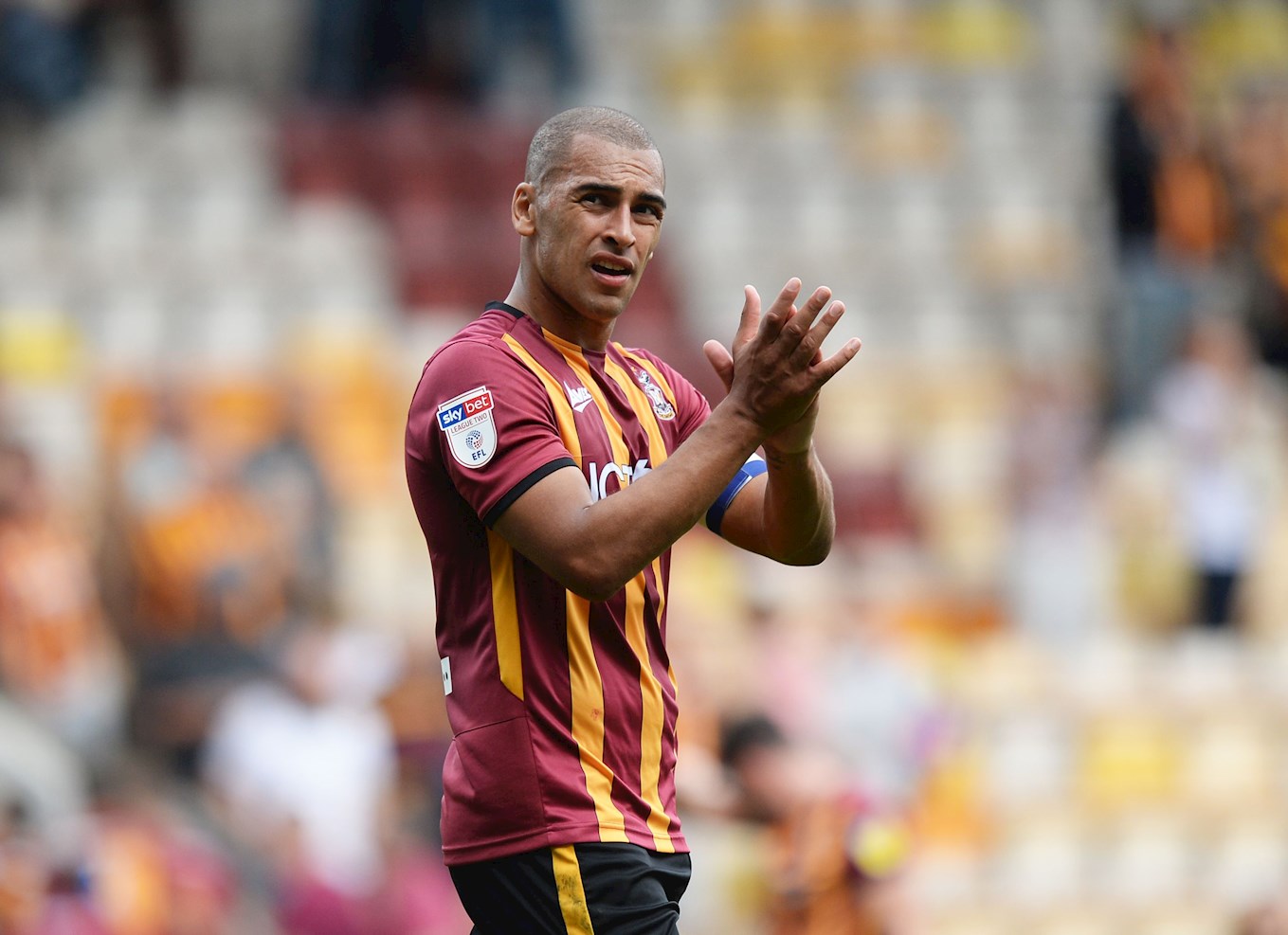 His career has seen him join the likes of Crystal Palace, Huddersfield, Birmingham City, Bury, Sunderland and Wigan. The responsibility of scoring the goals to fire them back into League One will be placed on Vaughan’s shoulders, who has started this season on hot form, with two goals from three league games.

How important was it for Bradford in getting their first win on the board against Oldham on Saturday?

“It took the pressure off because they are the favorites with the bookies. Everyone is expecting Bradford getting promoted and that first win just calmed everyone down and it ended up being quite convincing against Oldham.”

What are the expectations for the Club?

“Well, straight back up to League One. It isn’t going to be easy and they know that.”

Did anyone expect this start to the season with just one win in three games?

“No, not really. The first game against Cambridge they got a lot of men behind the ball. I think teams will try and block for a point when they come to Valley Parade. When they get use to the League, I expect them to finish in a decent place in the table at the end of the season.”

How confident is Bradford in going to The Lamex and potentially picking up a result?

“I think they will be confident off the back of last Saturday's result and how they played. That win settled everyone down and it would be great to pick up two wins in four days.”

“I will go with Bradford to snatch a 1-0 win with James Vaughan stepping up again and nicking the winner.”