Take a closer look out our next opposition as we take on Mansfield away on Saturday 24th of August 2019...

The Stags, located in Nottinghamshire, have been competing in Sky Bet League Two for the past seven seasons. Serial promotion chasers, they will be hoping to go one better than last season’s push when they missed on the automatic places by just three points.

Two defeats in their final two games of the season saw Manfield drop out of the automatic promotion spots and into fourth place, where they were matched up against Newport County in the Play-Off Semi Finals. After drawing the first leg 1-1 at Rodney Parade, it was the Exiles that prevailed at the One Call Stadium with a 1-0 win.

The promotion hopefuls haven't got off to the best of starts this season, only picking up one win from their first four games. After starting the campaign with 2-2 draws against Newport & Morecambe, in which Mansfield finished both games with 10 men, the Stags picked up their first victory at Carlisle United with a 2-0 win.

Then, on Tuesday night, after going 2-0 up at home against Leyton Orient thanks to a pair of Danny Rose penalties, the Stags collapsed to allow the O’s turn the game on its head to win 3-2, with the winner coming in the 96th minute of the match.

Mansfield have had a relatively quiet Summer window, opting for evolution not revolution to keep the core of their first team squad together. Only Ben Turner, who left for Notts County and Will Atkinson, who was released by the club have departed since the end of last season. In return, they have brought in Dion Donohue (Portsmouth), Andy Cook (Walsall), Kellan Gordon (Derby), Aidan Stone (Burnley) and Nicky Maynard (Bury).

There is little doubt that Nicky Maynard - who has had experienced playing in the Premier League with both Cardiff and West Ham - was their most high-profile piece of business, arriving on a free from Bury. The 32-year-old bagged 22 goals for The Shakers as they finished last seasons’ Sky Bet League Two runners-up, behind Lincoln City. 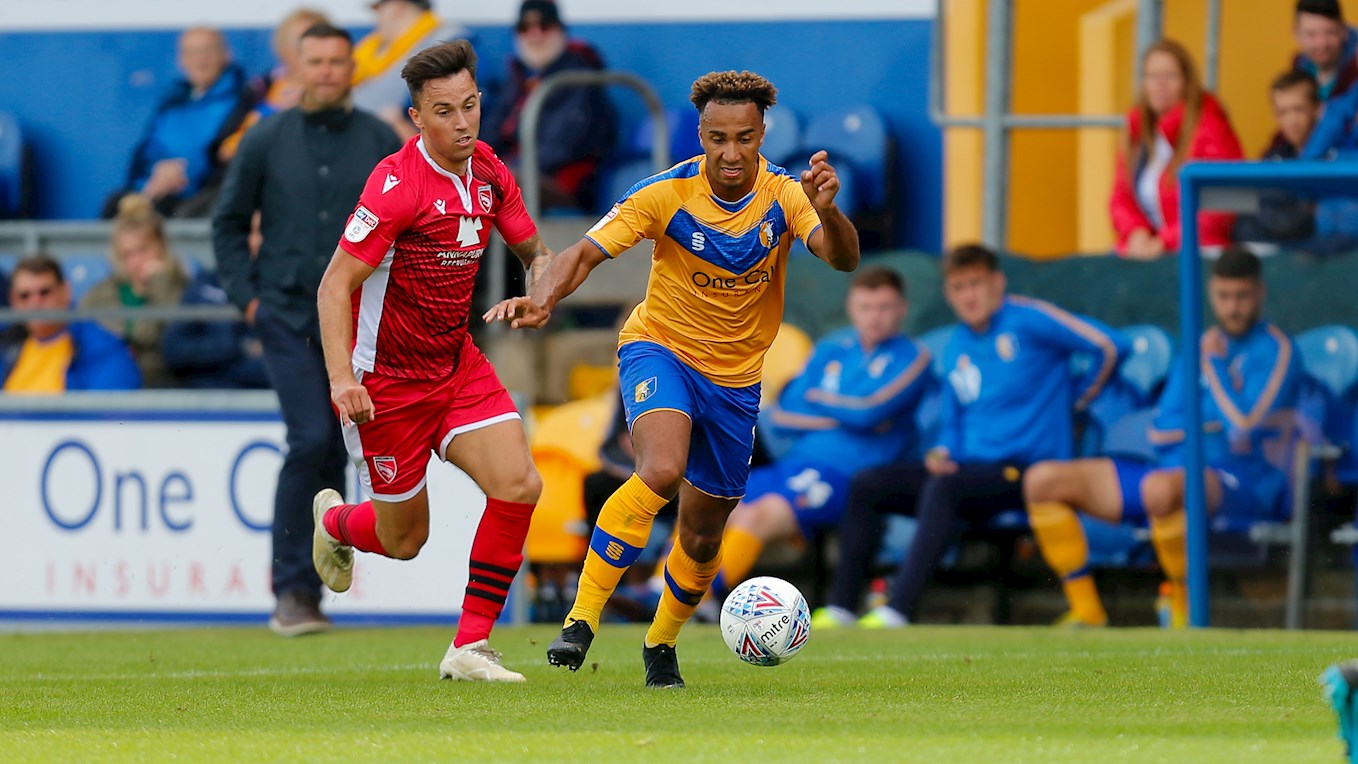 Stags fans will be hoping that Maynard can continue his strong start for the Club, after scoring two goals from his first four games, to help Mansfield take the next step and fire them up to League One.

John Dempster, the former Stags captain and centre back was appointed as first-team coach at the start of this season, taking over from the recently dismissed David Flitcroft. In the 2012/13 season, Dempster featured regularly for The Stags as they went onto to win the Conference title and promotion to League Two.

The former centre back spent four years as Mansfield’s Academy Mmanager before his appointment, winning three EFL Youth Alliance titles on the bounce. 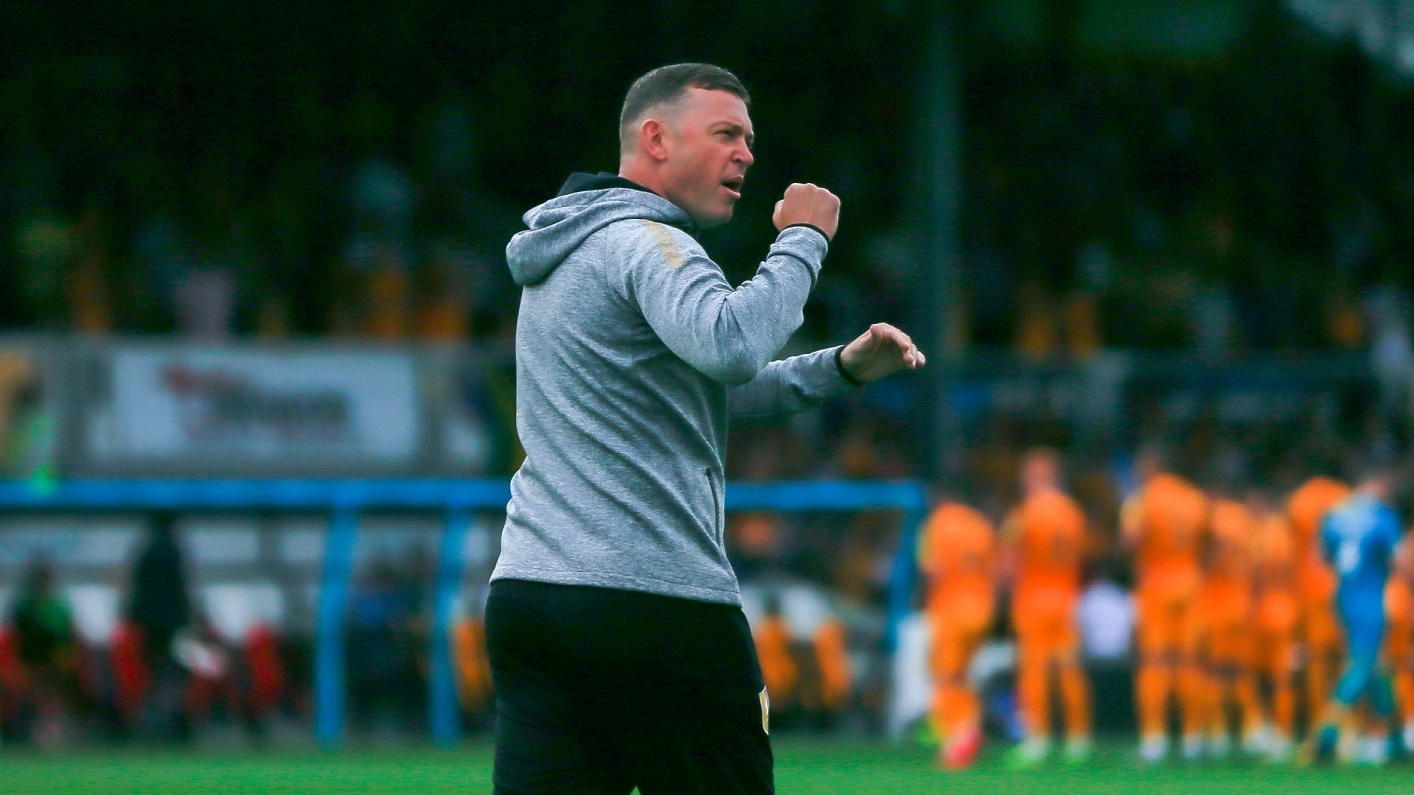 After witnessing his side blow a 2-0 lead against Orient, Dempster said, “All the good things we did last Saturday we did poorly in the second half. Leadership, man-management was severely lacking. I thought they were good first half, but there is room for improvement. To walk in full-time without a point is scandalous and it is just disappointing.

"You can over analyse it," he added. "It is simple, the second half performance wasn’t good enough. First half was but it is a game of two halves and we must do the business in both.”

What kind of game can the Stevenage fans expect on Saturday?

"I expect a home team full of determination. They started the second half hitting the bar and it looked like a question of how many they could get. But they eventually faded away and Orient stepped up and got the win in stoppage time."

Who is the star player for Mansfield this season?

"Danny Rose at the moment. He was the club’s top goalscorer two years ago. Last season was a right off for him as he was plagued with niggling injuries and a double broken jaw, but he is back firing now with a great pre-season under his belt and has started this season off with five goals."

It hasn’t been the best start for Mansfield defence shipping in seven goals in the first four games, what do you put that down too?

"There is a little bit of hesitation with going from a back three to at the back four. We haven’t had consistency as well with Matt Preston being sent off. Krystian Pearce, Ryan Sweeney and Preston have not been able to get back on track, and it was that back three that was so strong last season."

"I think it will be a good reaction from Tuesday night. A few people were upset, and some hearts were broken. Stevenage have a bigger problem than us with injuries, so I’ll go with 3-0 for The Stags, two from Rose and one for Maynard."