Heartbreak on the road...

A late Jamille Matt header cancels out Emmanuel Sonupe’s first half opener as Stevenage come away with a point from South Wales.

Mark Sampson made four changes to his side on the return to his native Wales, with Charlie Carter, Kurtis Guthrie, Emmanuel Sonupe and Ben Nugent coming into the starting XI.

Chris Stokes was out with illness, while Jason Cowley, Craig Mackail-Smith and Michael Timlin were named on the bench.

Stevenage lined up in a 3-4-3 formation, with Paul Digby dropping into defence alongside Scott Cuthbert and Ben Nugent. The midfield four compromised of Charlie Lakin and Charlie Carter in the middle, with Tyler Denton and Terence Vancooten on each side. Kurtis Guthrie lead the line, with Elliott List and Emmanuel Sonupe playing just behind.

As expected, it was a battle for possession in the middle of the pitch in the opening few moments. Both teams were struggling to keep the ball on the ground and in control, perhaps due to the rugby played at Rodney Parade the evening before.

Once Stevenage got ahold of the game, they looked the team most likely to score first. Terence Vancooten, playing in a more advanced role than usual, was creating problems with his pace down the left flank, combining defence into attack. It was TVC’s cross which gave Stevenage the first chance of the game, crossing it towards the head of Kurtis Guthrie on the penalty spot, but some brave defending from Newport made sure the ball was cleared.

It was only minutes later that Stevenage were in the lead. Playing in the free role behind Kurtis Guthrie, Emmanuel Sonupe stayed switched on during Newport possession, and lapped up the chance of a loose ball. The attacker picked the ball up 25 yards from goal off the toes of a Newport defender, and had only one thing in mind. Sonupe finessed the ball into the bottom right corner of Nick Townsend goal, to send the Boro faithful into raptures in the stand behind. One up and Stevenage had deserved it.

It was almost two for the visitors just five minutes later. A Stevenage corner was cleared as far as Tyler Denton on the corner of the Newport box, who played the ball back in towards the danger zone. The ball found the feet of Kurtis Guthrie, who tried to poke the ball past Townsend, but the Newport stopper got enough on the ball for it to be eventually cleared.

A minute later, Taylor Maloney came the closest for Newport in the first half. The wide man showed tremendous skill to beat two Stevenage defenders on the left flank, before curling an effort towards goal. Luckily the ball fell wide of the far post, which Paul Farman had covered anyway.

After a half chance for Padraig Amond in which Paul Digby stood tall to block, Kurtis Guthrie went close down the other end of the pitch. A low driven shot from 25 yards took a bobble along the way to the Newport goal, but Townsend did well to turn the ball behind.

As the game drew towards the interval, Newport County grew stronger. Padraig Amond and Ex-Stevenage Jamille Matt only had scraps to feed off, but Boro stood firm and into half-time in the lead.

The second half started much the way the first ended. Newport were quick out of the blocks to start controlling play and dictating the tempo. A dangerous, low George Nurse free-kick from 25 yards was deflected behind by Terence Vancooten, before the head of Scott Cuthbert cleared the resulting corner, not for the last time this game.

As the second half progressed, Stevenage had multiple chances to kill the game off. Emmanuel Sonupe was dangerous all day, and almost added an assist to his goal when he found Tyler Denton inside the area. The left-back struck the ball on the half volley towards goal, but it took a deflection wide. Paul Digby then met Charlie Lakin’s corner at the near post, but the big man could only head wide.

Minutes later, it was Tyler Denton again causing danger in the Newport box. A leaping Kurtis Guthrie met his cross at the back post, but his header was timid enough for Nick Townsend.

Then, probably the best chance for Stevenage to put the game to bed. Charlie Lakin’s corner was met by the head of Scott Cuthbert, whose header was cleared off the line by a Newport defender. The ball fell to the feet of Charlie Carter before his shot was blocked, and then back out to an off balance Cuthbert who could not manage to take his second bite of the apple.

Newport were reduced to scraps and long range effort for most of the second period, with Vancooten, Cuthbert and Nugent standing tall and not letting the ball fall to the deadly Amber pair of Jamille Matt and Padraig Amond.

Elliott List was found through on goal after Emmanuel Sonupe had won the ball high up the pitch yet again, but for a fantastic last-ditch Mickey Demetriou sliding tackle to take the chance away.

There were a couple more half chances of Stevenage on the counter as the hosts upped the pressure, with both Sonupe and Guthrie squandering opportunities to double the lead.

But, Stevenage were left to pay for not converting their chances into a second goal, as Jamille Matt broke Stevenage fans’ hearts with a 92nd minute leveler. The Ex-Stevenage forward rose highest at the back post after a looping cross from the left, and made no mistake to head the ball past Farman into the goal.

A disappointing result on the road after being in the lead for the majority of the game, as Stevenage were forced to go back to Hertfordshire with a share of the spoils. 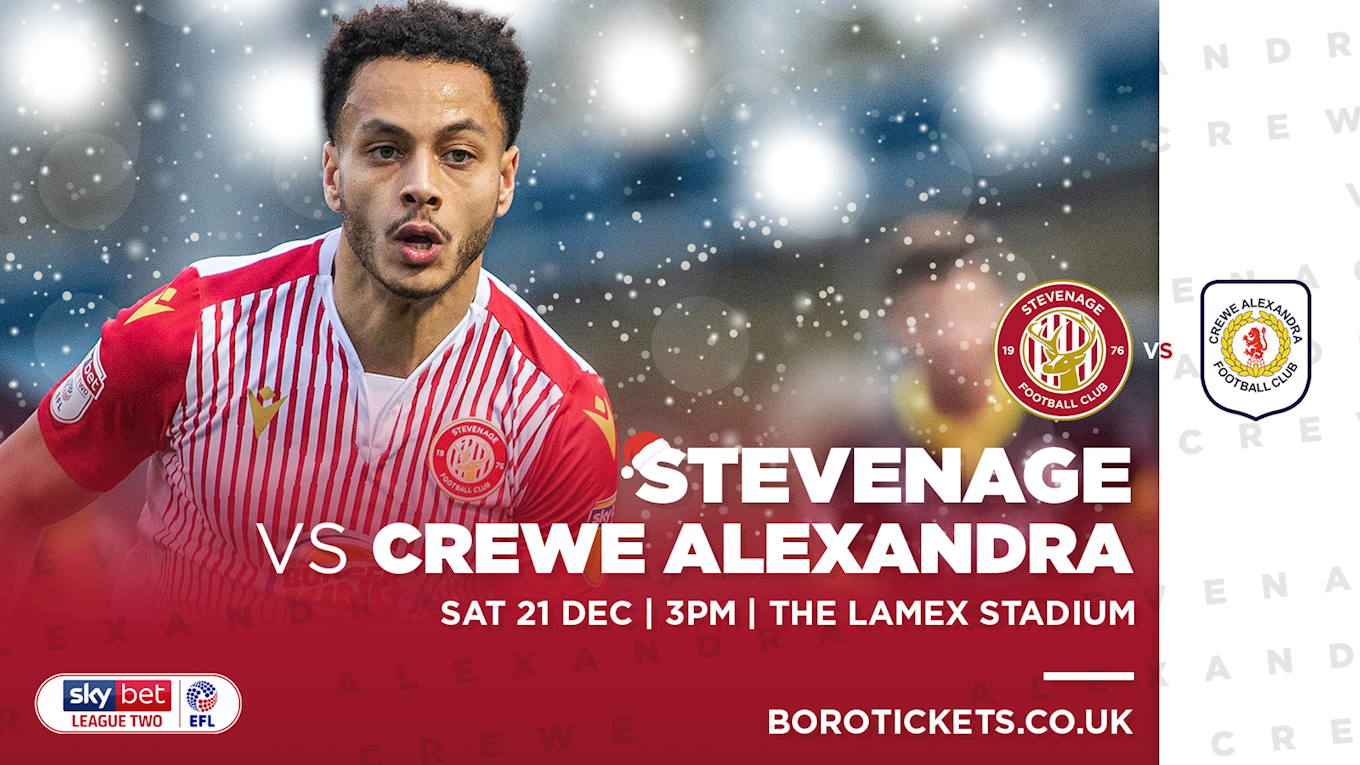