The County, located in South Wales, have been competing in Sky Bet League Two for the past six seasons after ending a 24-year stint away from the fourth tier with promotion from the National League in 2013, when they defeated their Welsh rivals Wrexham 2-0 in the Conference National Play-Off Final at Wembley.

After winning the Welsh Cup in 1980, Newport competed in the European Cup Winners’ Cup the following season in what is the biggest highlight in the Club’s history. In a team that included legendary Liverpool striker John Aldridge, they were able to reach the quarter finals where they were eventually knocked out by Benfica, losing 1-0 at home after drawing the away leg 2-2. 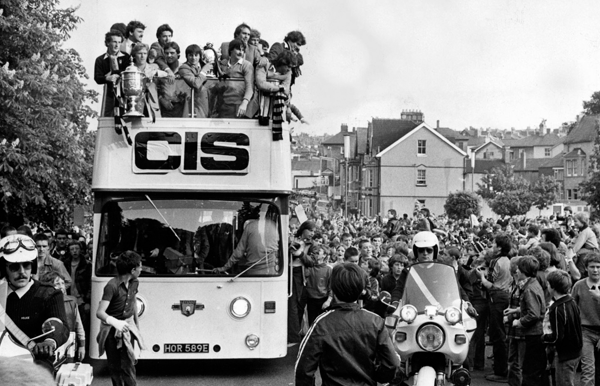 In recent times, County are best known for having enjoyed magical nights in the FA Cup after defeating ex-Premier League champions Leicester City 2-1 last season, and were minutes away from knocking Tottenham Hotspur out in 2018 until Harry Kane scored in the 82nd minute to earn a replay.

After going unbeaten through their first seven games of the season, perennial Play-Off chasers Newport County are a bit off the pace currently, sitting in 12th place and on a four game losing streak and without a win in five in the league. In their last two home games, the Exiles lost 2-1 against Salford City and 1-0 against Oldham. 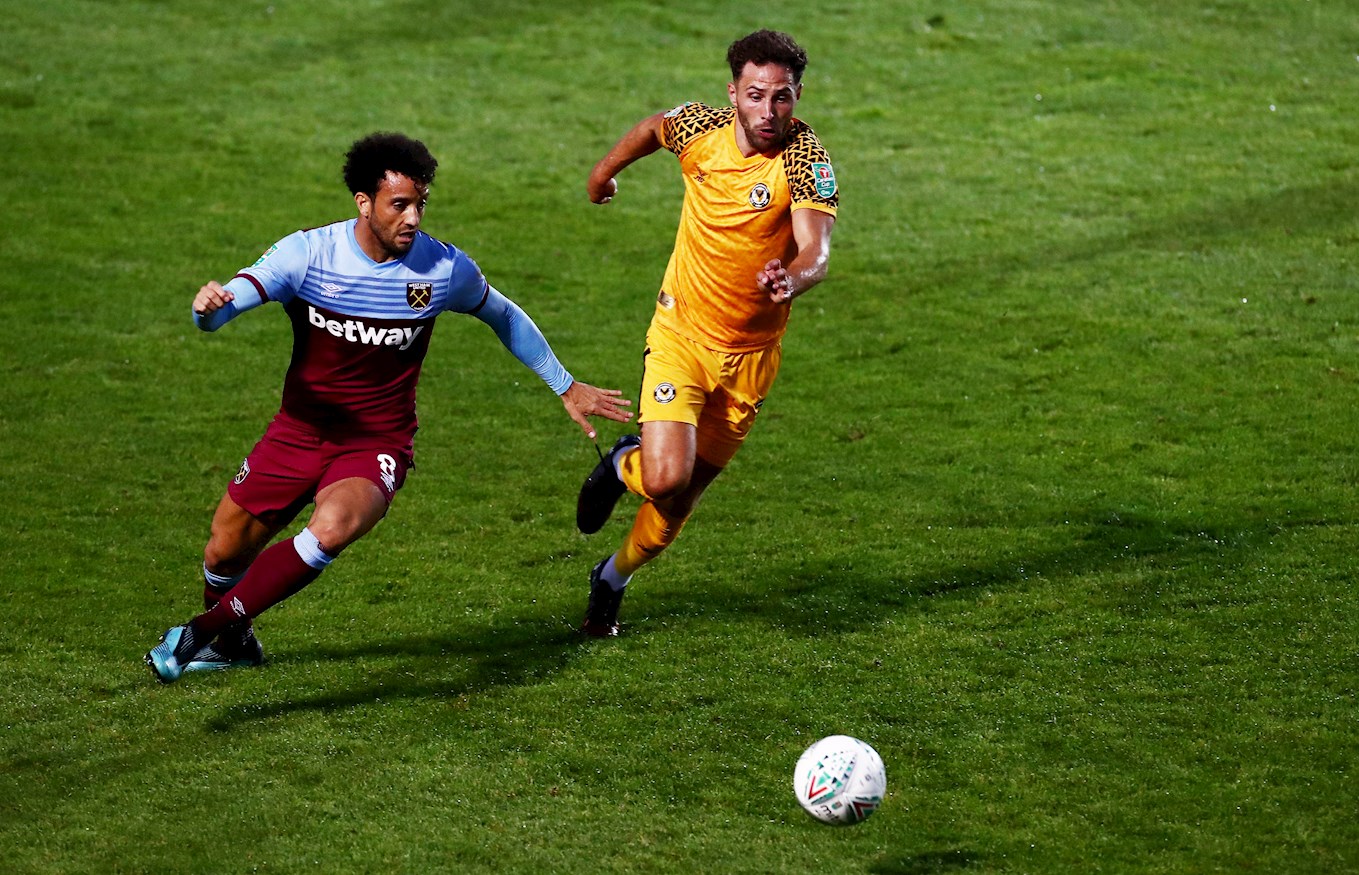 After reaching the Fourth Round two seasons ago and the Fifth Round last season, Newport are though on course for another impressive Emirates FA Cup run, after defeating Grimsby Town and Maldon & Tiptree in the first two rounds of the competition. Next up the Exiles face a difficult fixture away at The Den against Millwall in the Third Round.

Padraig Almond looks set for another impressive season after already becoming a major part in Newport’s team since signing from Hartlepool in 2017. In his debut season at Rodney Parade, the striker became the Club’s top goalscorer with 14 goals in all competitions that included a memorable FA Cup goal against Spurs to earn a replay at Wembley.

The following season, Almond was at it again in the Cup with crucial goals against Leicester in the Third Round, Middlesbrough in the Fourth Round and a consolation goal against Manchester City in the Fifth Round, where they lost 4-1 to the Premier League Champions. 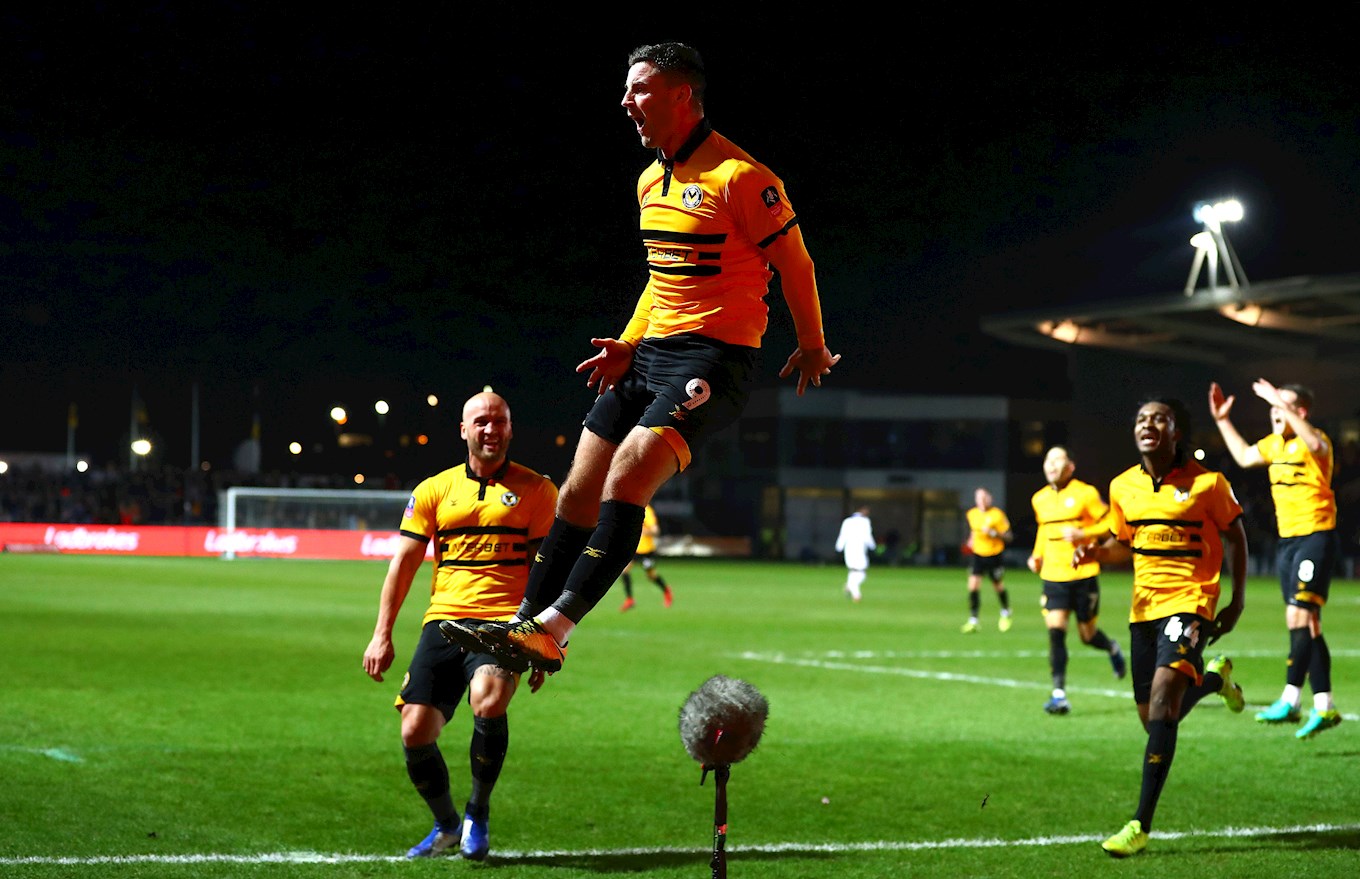 The 31-year-old has scored over 150 goals in his career for teams such as Shamrock Rovers, Sligo Rovers, Grimsby and Morecambe. The Irishman has also won the League of Ireland First Division, League of Ireland Cup, FAI Cup and the 2016 National League Play-Offs.

In his first ever managerial role, Michael Flynn joined Newport after taking over from Graham Westley in March 2017 when the Club were 11 points adrift of safety. After a miraculous end-of-season run including a must-win final match against Notts County, the Club successfully avoided the drop.

Local lad Flynn was the man behind their recent famous Cup runs and almost guided the team to promotion last campaign, where they lost 1-0 to Tranmere in the League Two Play-Off Final.

The 39-year-old started his playing career at Newport, and signed for the Club on three separate occasions. He eventually turned out for teams such as Barry Town, Wigan, Blackpool, Gillingham, Huddersfield and Bradford.

What do you make of Newport's last four leagues fixtures especially after such an impressive start to the season?

“Despite progressing to the third-round of the FA Cup and the Leasing.com Trophy, County are on a poor run in the league and in desperate need of three points against Stevenage. Michael Flynn’s men are usually very strong at home but both Salford City and Oldham Athletic have enjoyed victory at Rodney Parade over the past six weeks.

The four league defeats in a row, as well as two postponements, have seen the Exiles drop to 12th in the table and they need a win to keep in touch with the top seven.”

What is the expectation for the Club this season?

“After making the play-offs final last season, expectations have risen in Newport and the minimum target for this campaign is another top-seven finish. The start of the season went very well with seven wins in the first 13 games seeing County climb to third in the table on October 19.

But they are without a league win since then and they know that they need to get back on track quickly if they want to remain in the promotion picture.”

“Michael Flynn likes to keep his cards close to his chest in terms of team news, but the recent injury problems should ease a little bit for this match. Centre-back Mickey Demetriou is expected to be available to play after recovering from a broken leg he suffered in August.”

Captain Joss Labadie could also return to the heart of the midfield after missing the last three games, but Dan Leadbitter, Robbie Willmott, Corey Whitely, Scot Bennett, Keanu Marsh-Brown and Ade Azeez could all still be sidelined.”

What kind of game can the Boro fans expect when visiting Rodney Parade?

“County are a little low on confidence after their recent run in the league so there will be a few nerves on the pitch and in the stands and the recent wet weather could make conditions treacherous underfoot so free-flowing football may be at a premium.

Flynn’s men have not scored enough goals this season – just 17 in 18 games in League Two – and have not posed enough of a goal-threat in the past few games, but they will look to come out and attack early on and put Stevenage on the back foot. County pride themselves on being a threat from set-pieces so free-kicks, corners and long throws will be a big weapon.”

“I’ll go for 1-0 to County with Padraig Amond getting the all-important goal.”