During December, Stevenage fans via social media have been voting position-by-position for the players they believe deserve to be in the club’s Team of the Decade...

With over 8,000 votes cast in the build-up to revealing our best team of the decade, from nominations to final elections, many players who shone for Boro were an unfortunate exclusion from the final 11.

However, the fans have spoken and a decision has been made. On the final day of the 2010s, we reveal their choice of Stevenage FC Team of the Decade: 2010-2019.

Of course, we start with the goalkeeper who played for Stevenage a whole decade himself, from 2008 to 2018. 'England’s Number One' Chris Day, made over 350 appearances for Stevenage, in the side who won promotion from the Conference up to League One, as well as an FA Trophy in 2009. In the 2009-10 Conference winning season, Chris Day kept 24 clean sheets in 42 games, the most in the league. 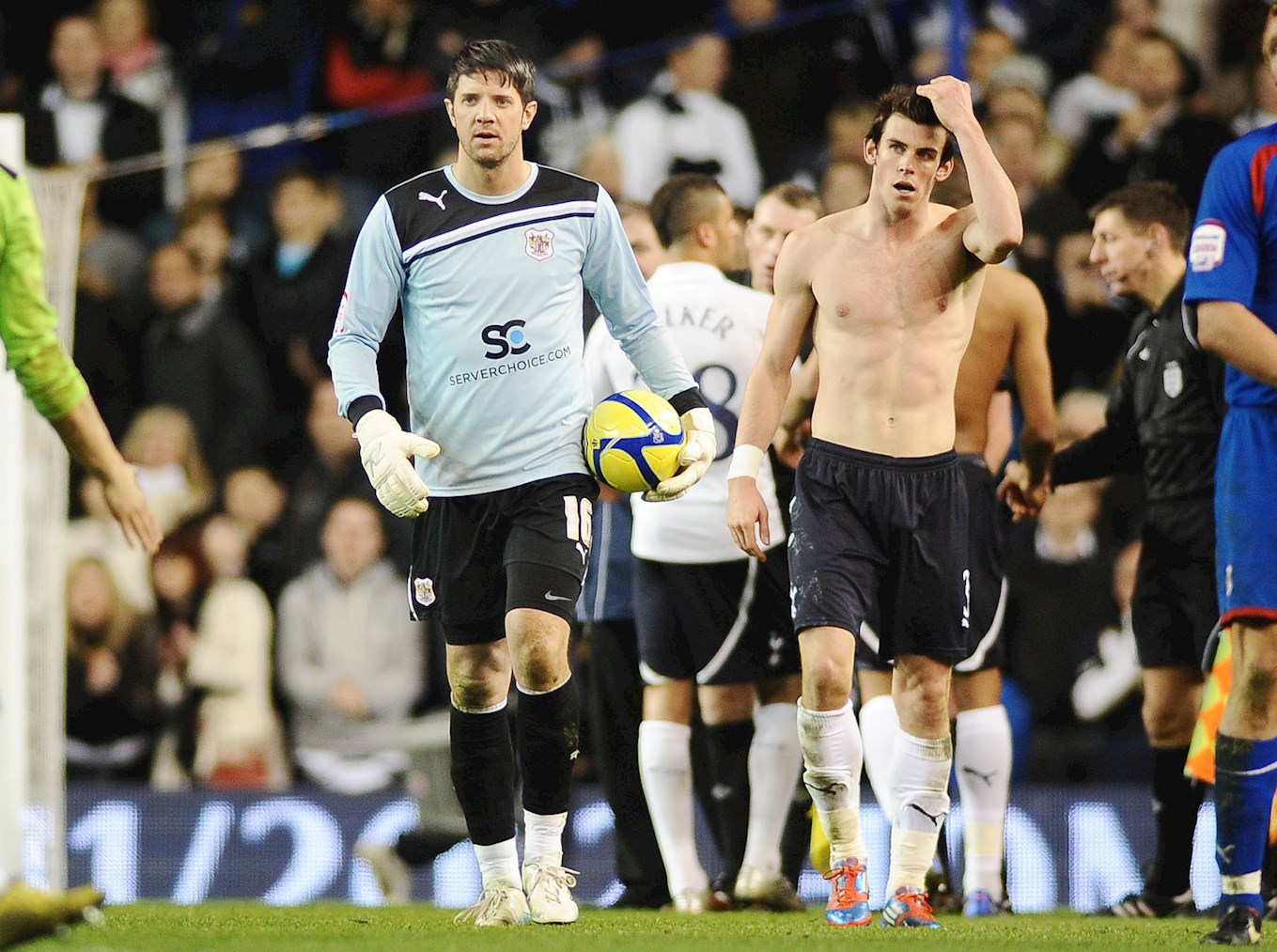 After surpassing former appearance record holder Mark Smith in January 2018, Ronnie Henry would further his Stevenage pedigree by surpassing 500 and finishing his career on 502 appearances in the red and white of Boro. After graduating the Spurs Academy, Ronnie signed for Stevenage in 2005, before being made club captain by Graham Westley in the 2005-06 campaign. Ronnie Henry finally said goodbye to Broadhall Way in 2019, before joining the Academy as Youth Coach and signing for Billericay Town part-time. 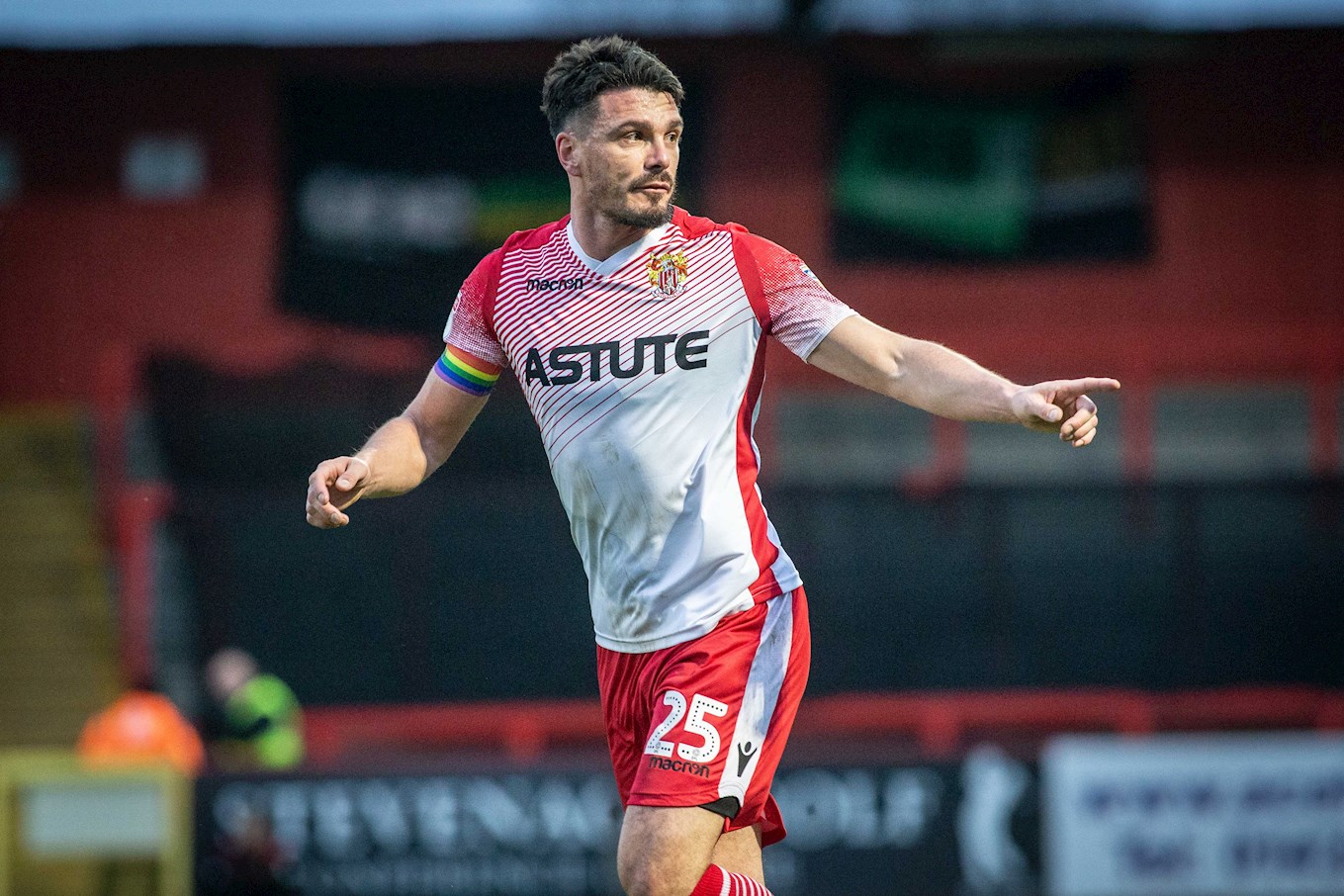 Where do we begin? Some say without the signing of Mark Roberts in 2008 we would not have made the climb into the Football League. The early signs of the success Robbo would lead Stevenage to were a run of form leading us to the Conference Play-Offs, as well as a trip to Wembley for an FA Trophy Final in 2009. A season later, and Mark Roberts had captained Stevenage to top of the Blue Square Premier with a record points total. Another season went by, and Mark Roberts was Captain Fantastic in League One. Let us not forget his Caretaker manager role in winning 5-1 at Rochdale in 2012. 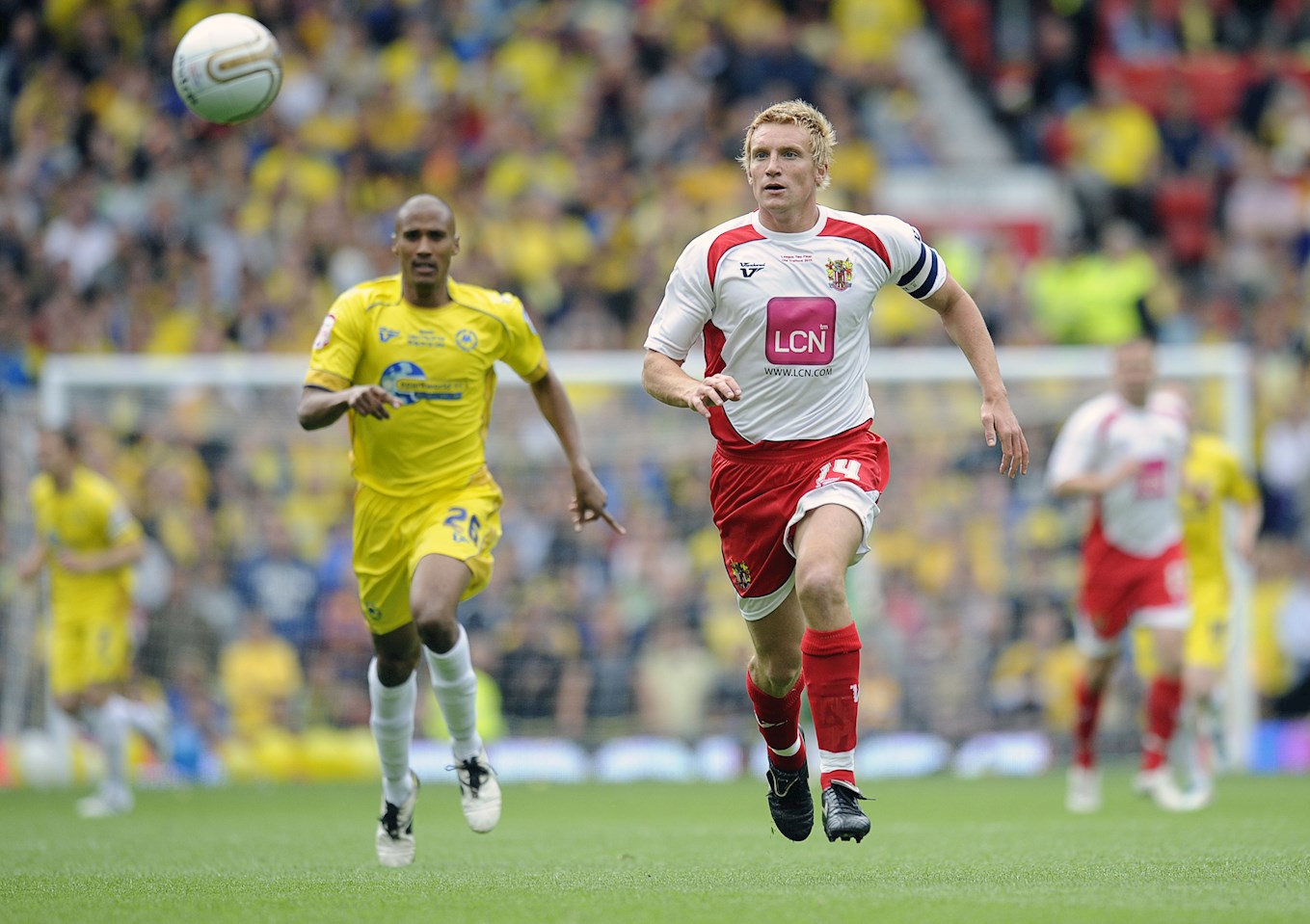 After Graham Westley was appointed Stevenage Manager in 2008, the new gaffer wasted no time in reuniting himself with Jon Ashton, who had previously spent time together at Rushden & Diamonds. Nicknamed ‘The Animal’ at Broadhall Way, Jon Ashton quickly became a fan favourite, a mountain in defence who no striker fancied playing against. Alongside the aforementioned Mark Roberts, the two centre halves developed a terrifying partnership for any opponent, from non-league up into League One. The defender departed in 2015, but three years later Ash was back at The Lamex as First Team Fitness Coach. 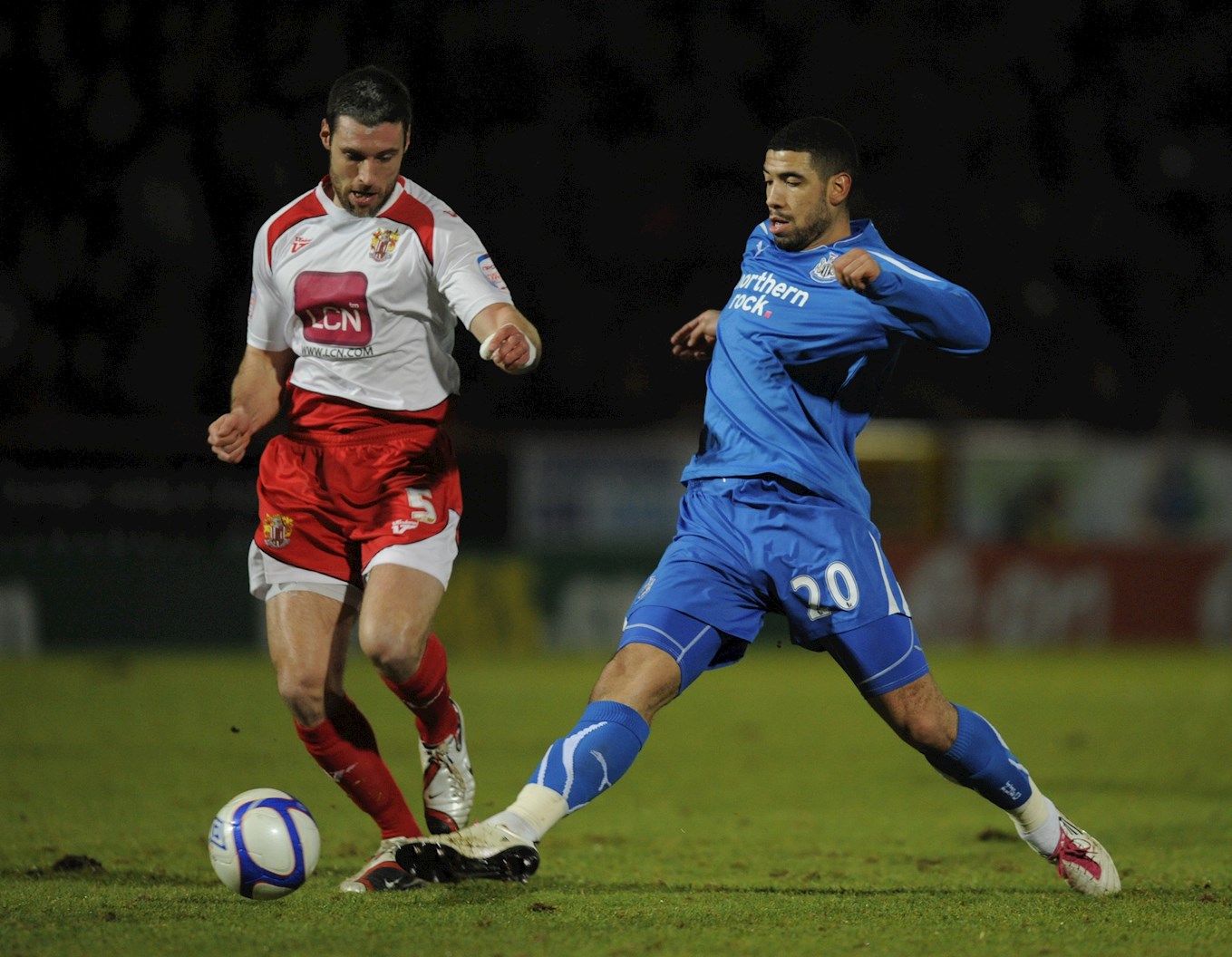 In 2007, Peter Taylor secured one of the most significant loan signings in Stevenage history. Joining temporarily from league side Plymouth Argyle, Scott Laird signed permanently in February 2008 after impressing at left-back. The imposing displays down the left side of the pitch earnt him a regular starting spot under new manager Westley, who was just starting to shape his ideal back four. 'Scottie boy, we love you, you are Boro through and through' rung around Broadhall Way for four years, before the left-back followed Graham Westley to Preston in 2012. With a wicked left peg, the defender averaged one goal every ten games in a Stevenage shirt, an impressive stat for a player who continued to build a successful Football League career after his departure. 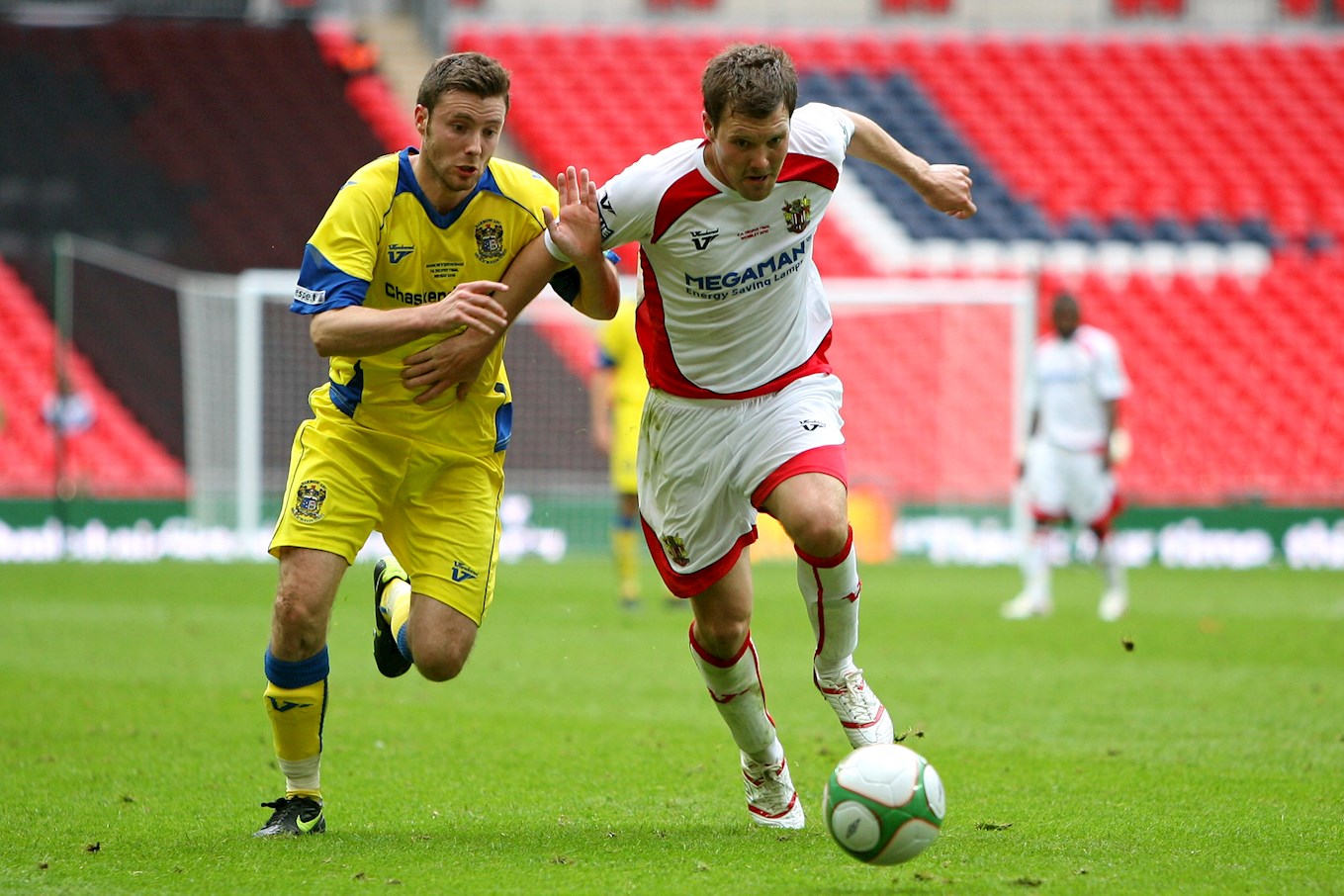 Another loan, another left-sided player, another Stevenage legend. Luke Freeman signed permanently from Arsenal in 2012 after impressing in his loan spell, much to the surprise of Stevenage fans due to his parent club’s stature. The left-footer was central to our three-year League One spell, scoring his first in red and white in the 6-1 demolishing of Colchester United on Boxing Day 2011. Luke Freeman found a knack for scoring important goals for Stevenage, including netting against Bournemouth, Brentford and Everton. His most memorable goal(s) for Boro however come away to Bradford. 2-1 down at Valley Parade with 25 minutes to go, a couple of stunning top corner long range efforts earnt Stevenage an unforgettable three points. 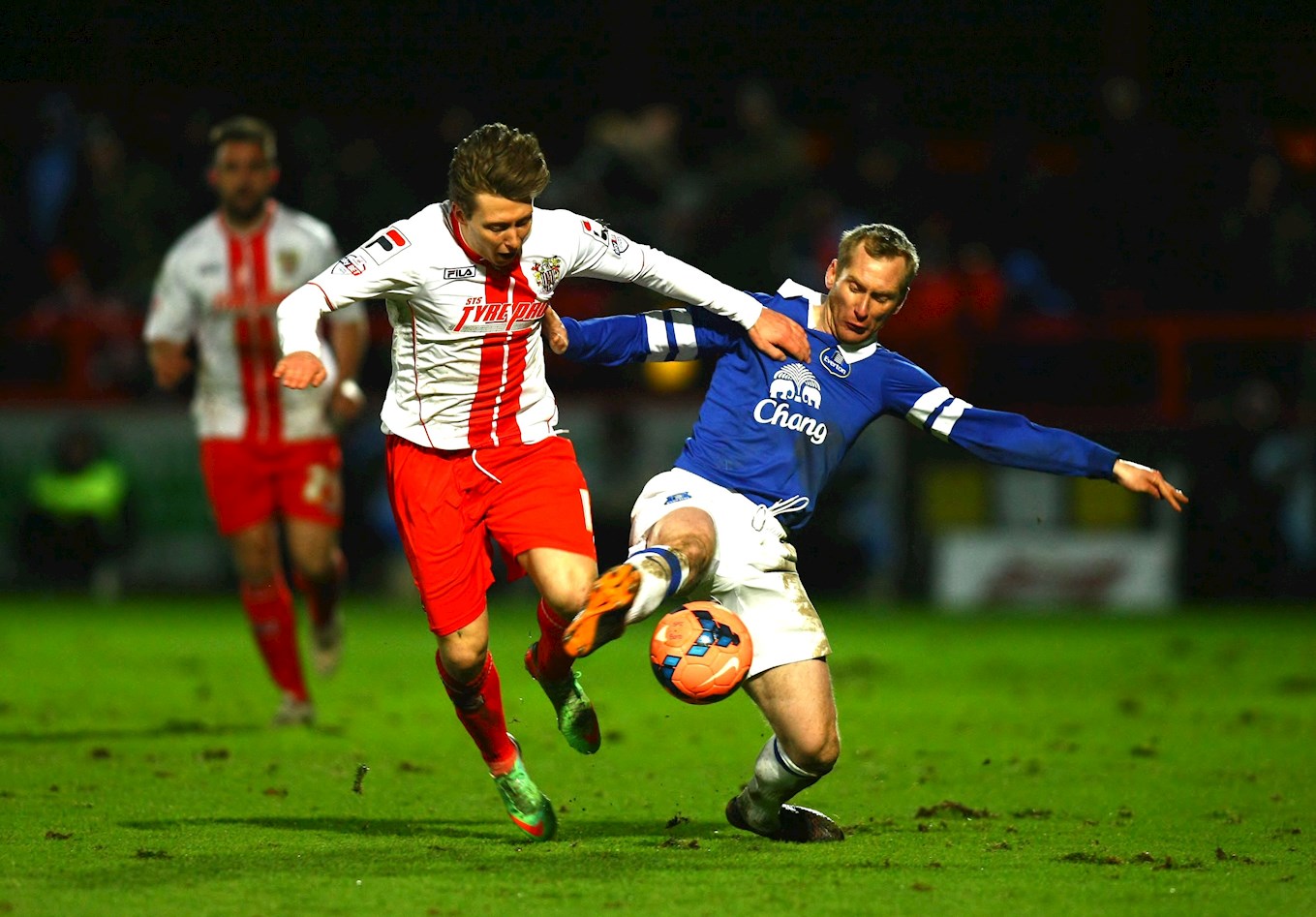 Saturday 28th May 2011. Old Trafford. 41’. A player who will remain in Stevenage history books eternally. Signing from Wycombe in 2010 to bolster the midfield for our first season in the Football League, ‘The Moose’ proved more than his worth with that goal in the 2011 League Two Play-Off Final solely. Eight goals in his first season, including a sumptuous 30 yarder in a 1-0 win over former employers Wycombe, certify the importance Mousinho had on Stevenage rise to the third tier. Even after departing for Preston in 2012, the dynamic midfielder came back for a second taste of SG2 in a loan spell in 2014. 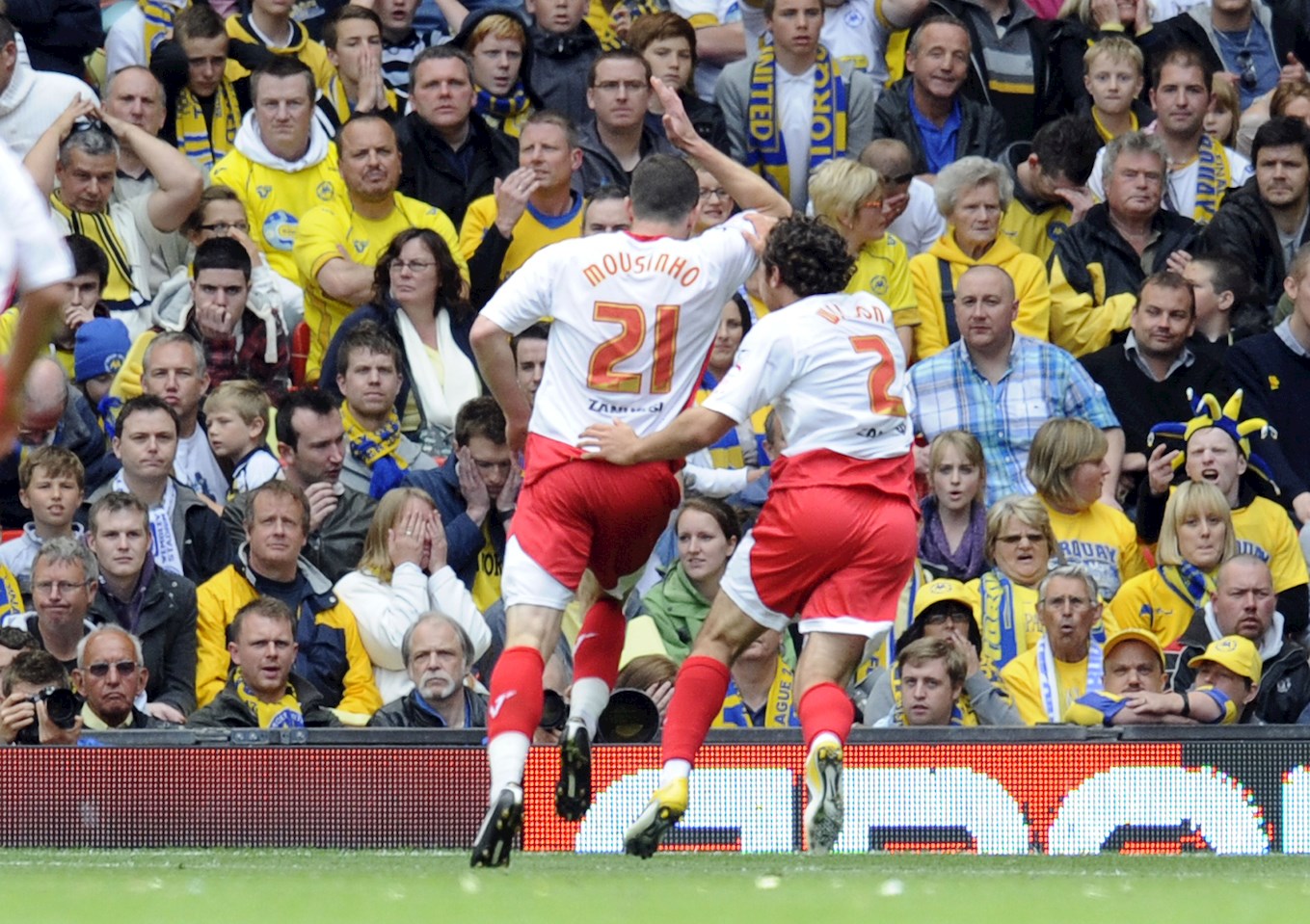 To sit in front of the new look back four of 2008, Michael Bostwick departed FA Trophy winning Ebbsfleet United to sign for GW’s Stevenage Borough. At just twenty years old, Bozzie was raw and fearless. He took these attributes into his game and fired Stevenage into League One within three years. An invaluable member of the back-to-back promotion winning squad, Bostwick even chipped in with the odd 25 yard strike every now and then. Most famously, the second of Stevenage’s 3-1 dismantling of Premier League Newcastle United in 2011. No wonder Peterborough United splashed the cash on this beast of a midfielder in 2012 to join their Championship side. 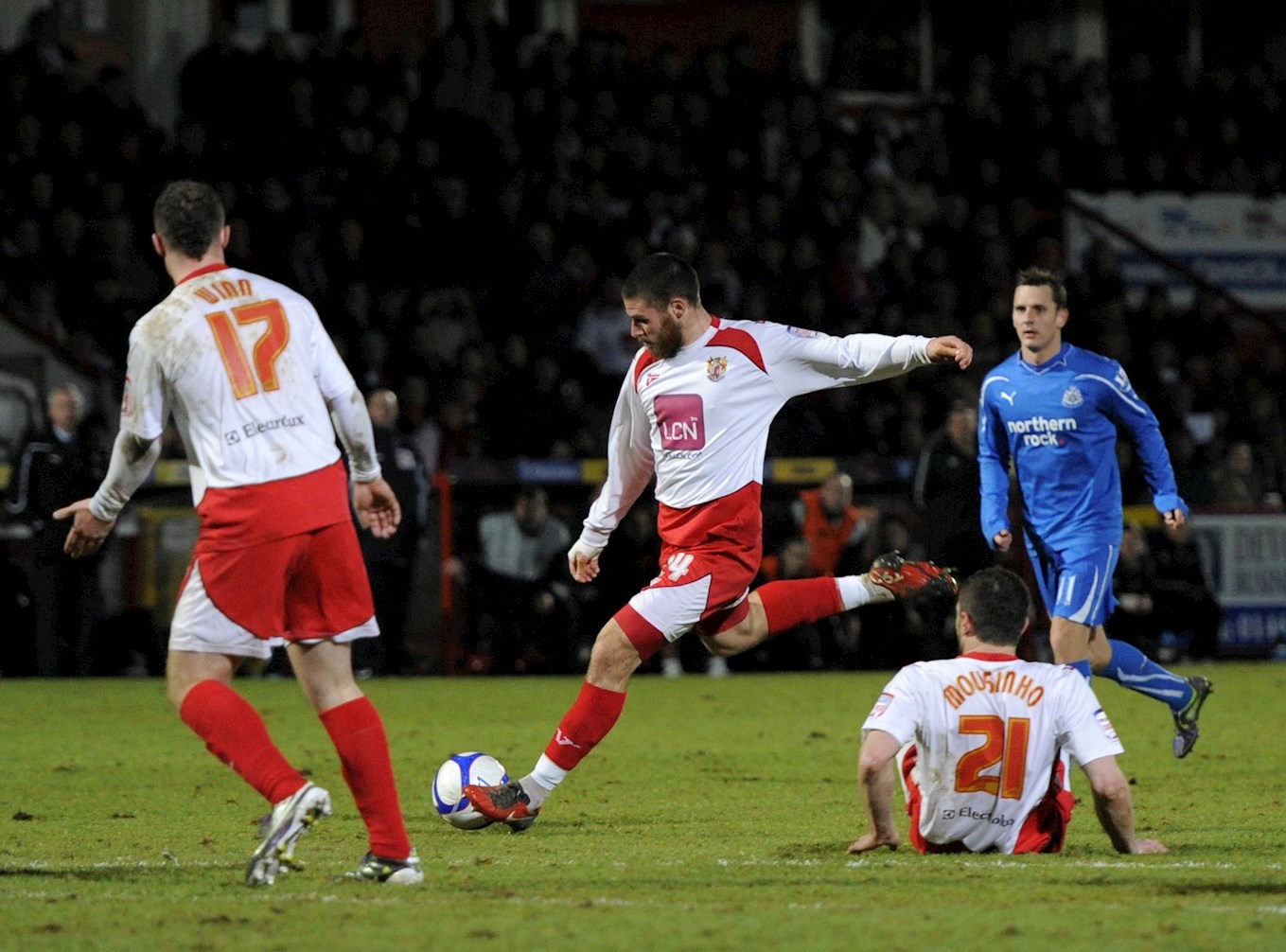 Perhaps an eyebrow raising inclusion in the Team of the Decade due to the magic Moroccan only playing sixteen times for Stevenage in his loan spell from Queens Park Rangers in 2019, but Dino Maamria’s statement of calling Ilias Chair 'the greatest player ever to wear the Stevenage shirt' is backed up by his dazzling performances. Two goals in the last minute from outside the box away at league leaders Lincoln City to earn a draw sent the away contingent into raptures, as well as earning his gaffer a touchline ban. A 35-yard wonder strike from nowhere gave Stevenage the lead at stadium:mk, a last-minute winner at Mansfield and not to forget a goal from his own half (!) versus Swindon Town, prove this player was a rare, brief delight of enchantment for Boro fans. 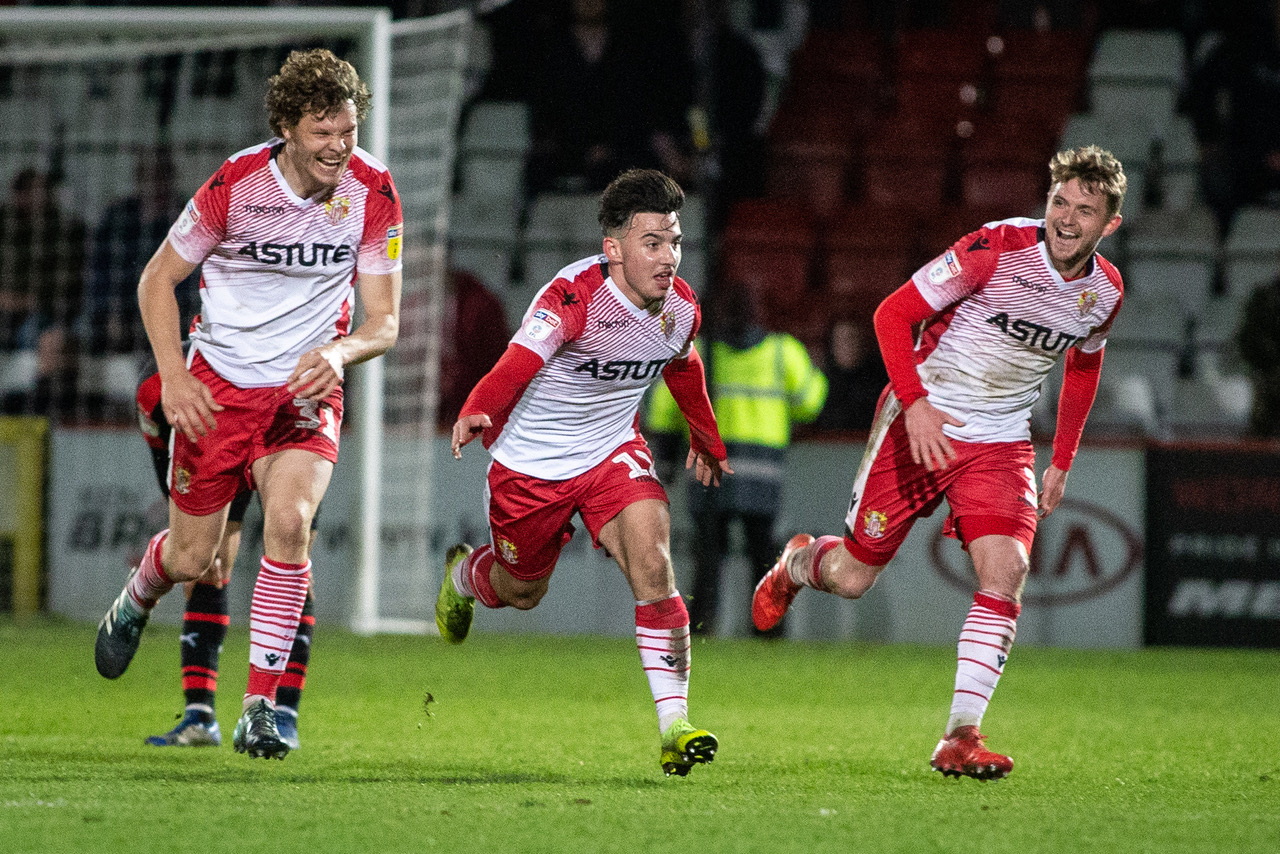 Reuniting with his boss from Rushden & Diamonds, Chris Beardsley teamed back up with Graham Westley in 2009, signing on a free from Kettering Town. A questionable siging at the time due to his goal scoring record at previous clubs, Beardo soon downed the doubters with displays of heart and soul at Broadhall Way. With 10 goals in his first season, it was a prized influence to winning the title in 2010. A player who left nothing on the pitch, including defenders’ ankles, Chris Beardsley was soon a fan favourite, going on to play over 100 games for Stevenage over two spells. With an ample goal tally of 26 in a Boro shirt, his last-minute goal at Accrington Stanley of the second leg of the 2011 Play-Offs will be Stevenage fans’ favourite memory of the striker. 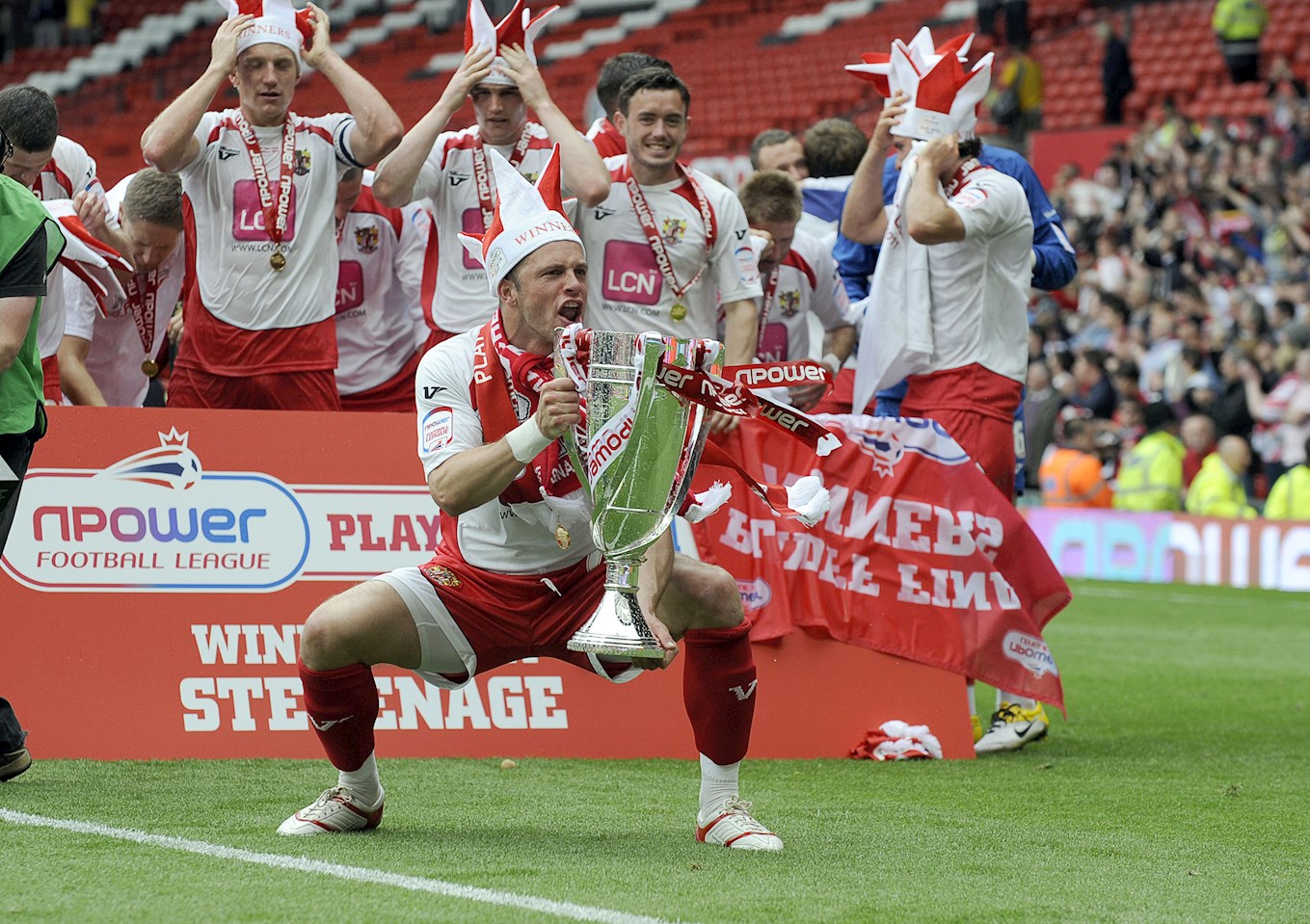 With a goal to game ratio of one in just over every two games, Super Matty Godden is a much-welcomed inclusion in Team of the Decade. Stevenage’s number 24 scored in just about every other game in his first season after signing from Conference South Ebbsfleet United, including a run of 12 in 11 games to start 2017. His hat-trick against Newport County will live long in the memories of the Boro faithful, as will the 96th minute winner versus Luton Town at The Lamex Stadium. In June 2018, Godden departed Broadhall Way for London Road, in a deal worth six-figures. A well-earned place in the eleven for Super Matt, who picked up Player of the Season in his first season.

Players who came close to the Stevenage FC Team of the Decade and deserve honourable mentions include:

Everyone at Stevenage Football Club would like to thank the supporters for their role in this wonderfully historic decade, through the ups and downs, and we all look forward to seeing what the 2020s have in store.