Ken has been long associated with the Football Club, initially in the late ‘90s and early ‘00s, working as a part of the Club’s EFCO programme at North Herts College. In 2017 he returned to the Club as a Foundation Coach where he was a key part in delivering the Foundation’s Walking Football, Youth Engagement and Primary Schools Programmes, as well as a welcoming figure on a Matchday in the Kids' Zone. 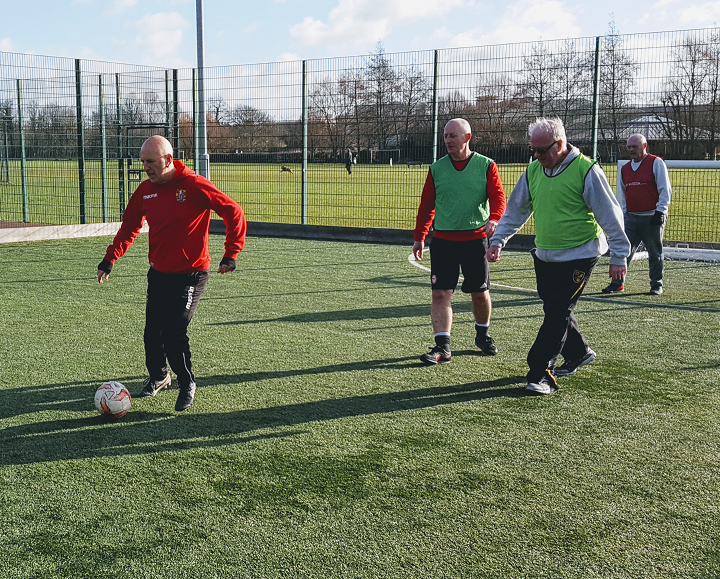 In addition to his work involving the Club, Ken has been a prominent figure in Hertfordshire football, providing thousands of players the opportunity to participate in football through his work at Bedwell Rangers, as well as providing support to the wider football community whilst working for Hertfordshire Football Association for over a decade.

Head of Foundation, Joe Goude stated, “Ken was the embodiment of community, and giving opportunities to those that needed it. Working with Ken both at Hertfordshire FA and also here at the Foundation, his unrivalled commitment to giving people young and old a chance to be involved in the game is like no one else I have met. His contribution to sport in Stevenage and football in Hertfordshire is something that will live on for years to come and testament to the tremendous contribution he’s made to our community.

“Everyone at the Foundation will sorely miss Ken and his passion, enthusiasm and love for what football can bring to people’s lives.”

The football club’s Chief Executive Officer, Alex Tunbridge, added, “Everyone at the Club is deeply saddened to hear of the sudden passing of Ken. He was a very popular figure within not only the Club but the wider football community."

Everyone at Stevenage FC and the Stevenage FC Foundation offers their heartfelt condolences to Ken’s family and friends at this very sad time.

A tribute will be paid to Ken prior to the Club's next home game against Northampton on Saturday 23rd February.