Supporters are invited to watch the next generation of the club’s talent at the Lamex Stadium next month...

Stevenage U15s face Southend U15s on Wednesday 6th March 2019 in the final game of the EFL Floodlit Cup, with a place in the National Knockout Stages up for grabs.

Fans can PAY WHAT THEY WANT to attend the fixture, kicking-off at 7pm at the Lamex Stadium. All proceeds to go to the Academy and tickets are available from the West Stand turnstiles on the day of the game, kick-off at 7pm.

In just the first season that the club has competed in the Floodlit Cup, Stevenage have the chance to overtake Southend for top spot in what is truly a winner-takes-all game. 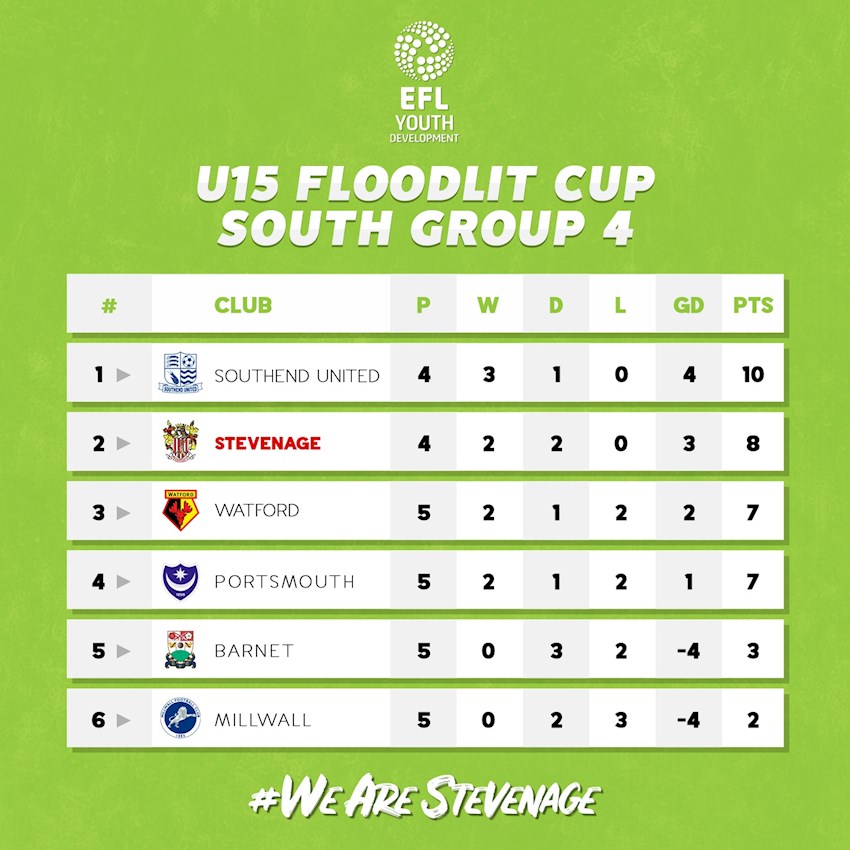 U15s Lead Coach, Ieuan Lewis says that it is a momentous occasion for the young players.

“The boys found out a few days ago and they are all really excited about it," he said. "Playing at the Lamex Stadium is not something they have ever done before so it is a big moment in their young careers.

“We have a really good group coming through, probably the most talented the club has ever seen at this age level so it would be superb to see as much support as possible for them.

“They have done brilliantly well this season both as individuals and as a team so a win against Southend to go through to the National Stage would be a fantastic achievement and just rewards for how well they have done this season.”