Tickets are available for Stevenage fans from Abbey Stadium at the following matchday prices:

Tickets are £2 cheaper if bought in-advance from the Club Shop before 5pm on Friday 4th January 2019.

More information can be found here.

The Supporters Association coach is making the short trip to Cambridgeshire, departing the Lamex Stadium at 1:00pm. Please arrive with plenty of time to spare as the coach will leave sharpish.

Stevenage will be looking to record back-to-back wins for the first time since November, after picking up the three points on a thrilling New Year’s Day victory at home to Newport County.

Cambridge United, on the other hand, will hope to wipe Tuesday’s 6-0 defeat at MK Dons from memory by doing the season double over Boro. 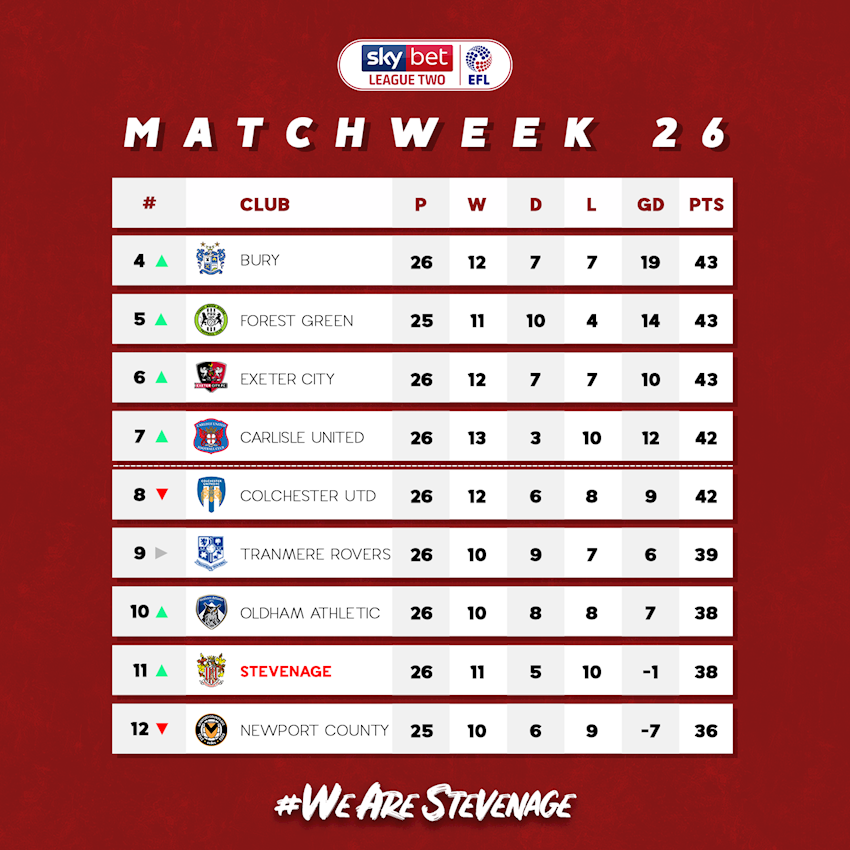 Alex Revell, Stevenage’s match-winner last time out, will return to the club whose youth system he graduated from in the year 2000. The forward made 57 appearances for The U’s, scoring 5 goals before moving to Braintree Town in 2004.

Surprisingly, the striker has never come up against his former team, which will likely only add extra incentive for Revell to perform.

Born just up the road from Stevenage in Letchworth Garden City, Jevani Brown will be one to keep an eye on during Saturday’s game after an impressive first half of the season for the U's. 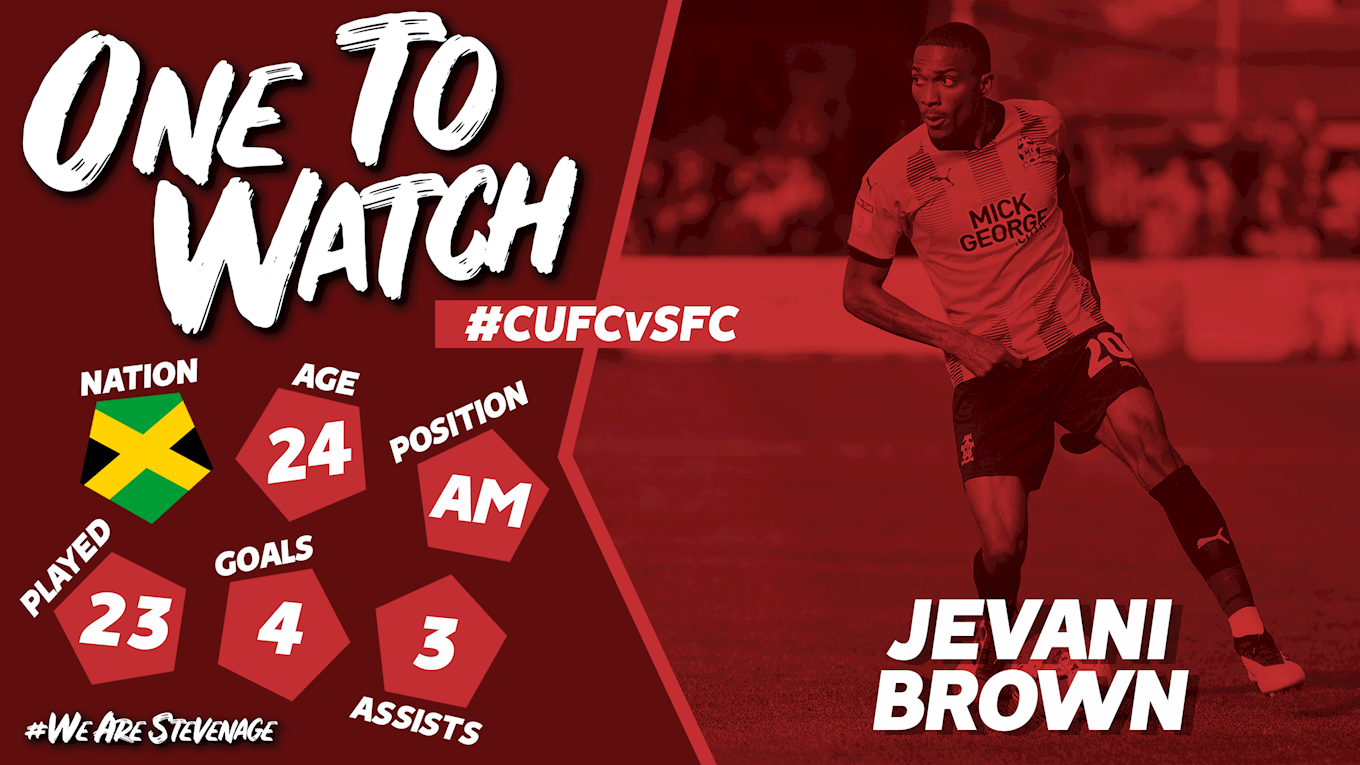 Two wins from the past three games has seen Stevenage improve their recent form following a difficult December period against some of the division's elite sides.

Meanwhile Cambridge have just one win from their past six games, coming at home to Crawley Town on the back of new Manager's Colin Calderwood appointment. 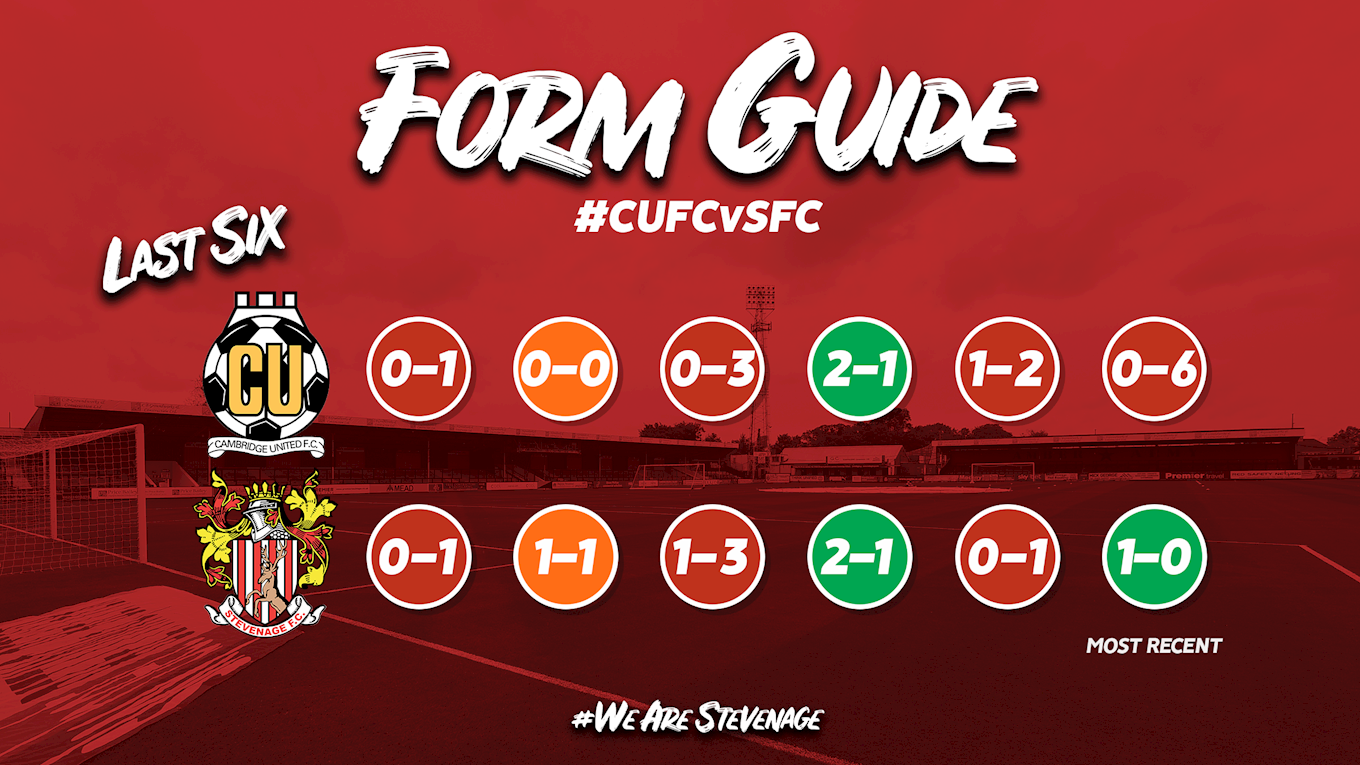 “They have got a new manager, Colin Calderwood, he is a very experienced manager and they have had a mixed bag of results. He got a good win against Crawley and they were very good against Lincoln and unlucky not to win the game but obviously he will be very disappointed with Tuesday’s game.

“It will be a difficult test, without a shadow of a doubt. Cambridge have got good players there and I am sure Colin will organise them better defensively and I am sure they will be looking to stop conceding goals. It will be a good game, one we are looking forward to.

“They are in a difficult position because they shouldn’t be there but I am sure they are trying to get out of it and it will be a difficult game.”

Stevenage and Cambridge have a fairly even record against each other, with the U's coming out just on top by a singular victory.

It has been a one sided rivalry in recent years though, with Cambridge unbeaten in five meetings between the two sides, winning four. It has also been nine years since Stevenage have won at Abbey stadium.

Boro's last win against the U's came in February 2016 when two goals from Byrom Harrison sunk United in a 2-0 victory at the Lamex Stadium. 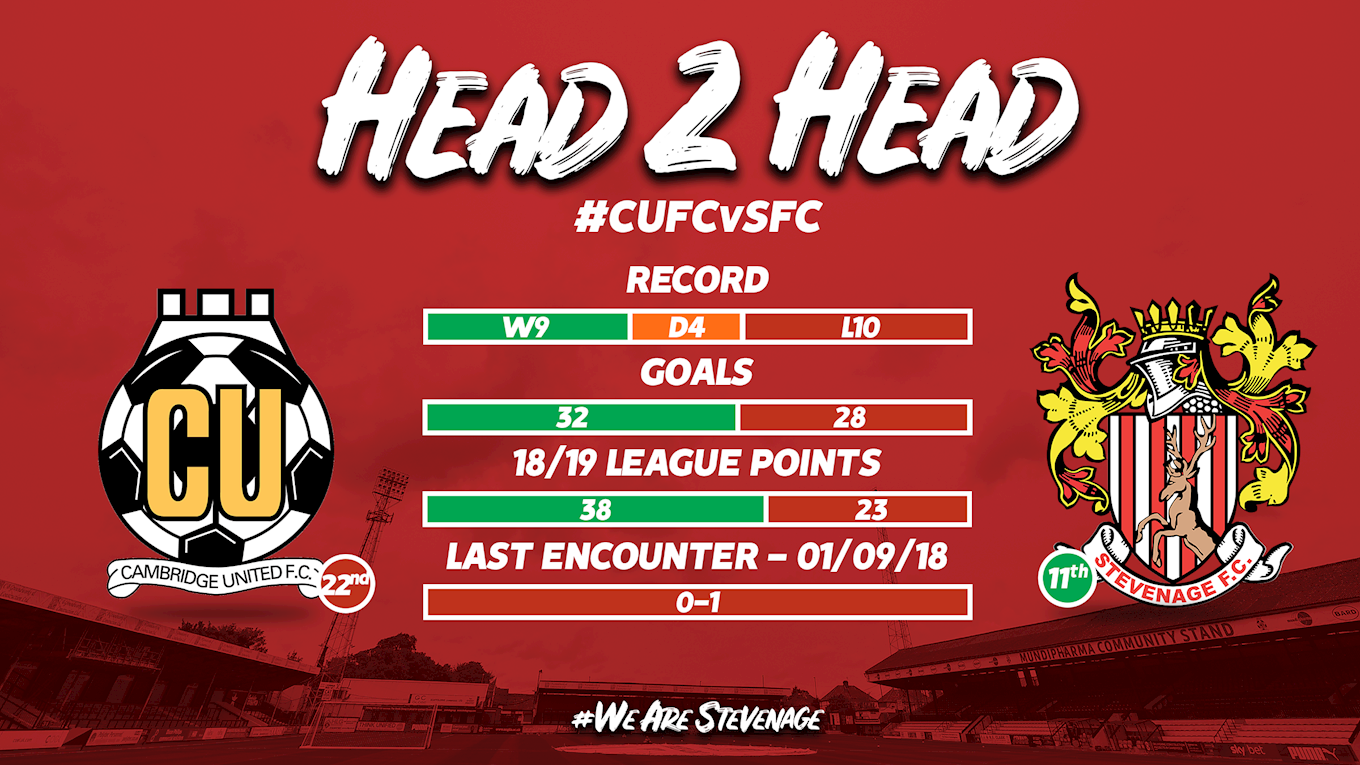 Make sure you are following our Twitter account throughout the day as we bring you the very latest from Abbey Stadium. 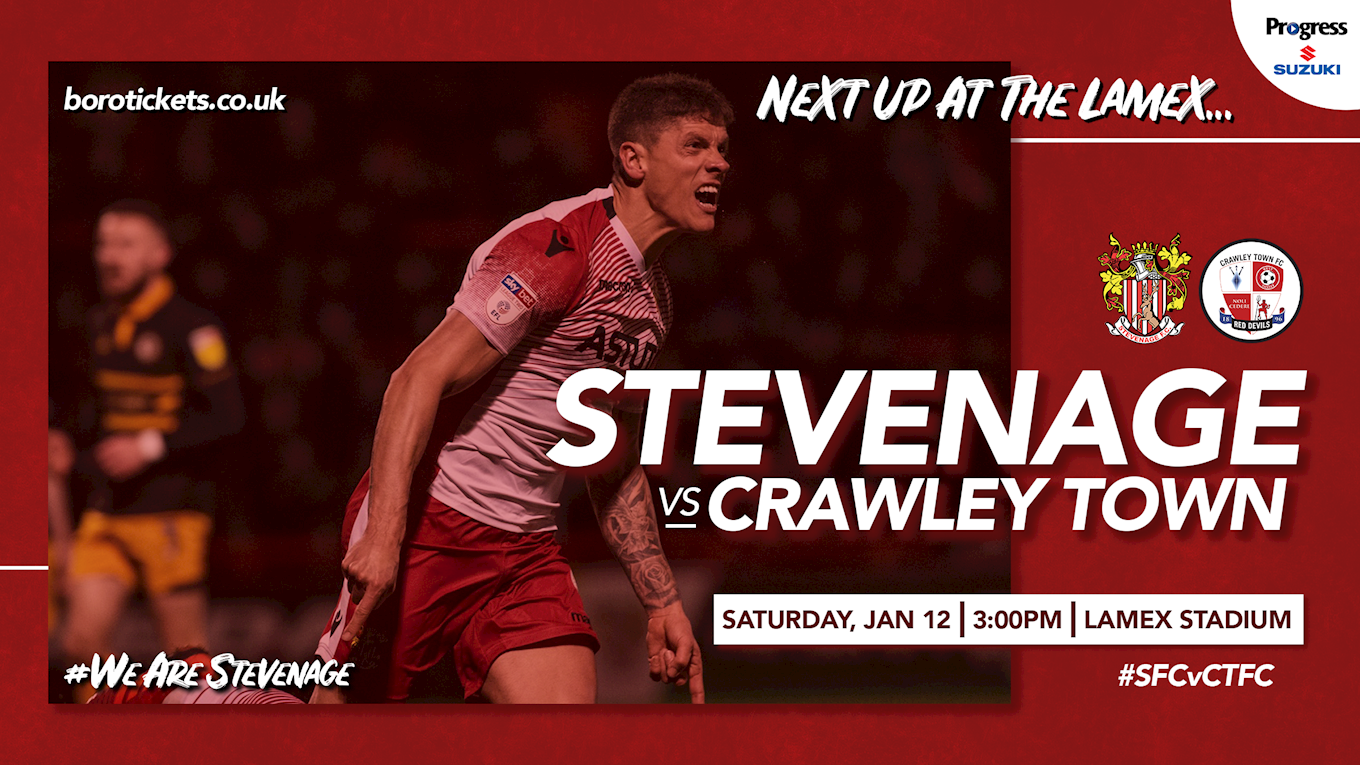