Football returns to The Lamex Stadium...

For the latest information on Ticketing, Parking, Opening Times, Matchday Events and everything, please take a read of our What's On guide.

With the way recent results are going, Stevenage are due a win on Saturday. Since the Mansfield home game before Christmas, Boro have taken it in turns with the opposition to pick up all three points.

The last five games has seen a L-W-L-W-L record develop so defeat last weekend to Cambridge United should mean for a bouce-back victory on Saturday.

Stevenage currently sit comfortably in midtable, five points from the play-offs. With the top seven still in sight, Dino Maamria’s men will have to iron out their inconsistencies to progress their way up the table. 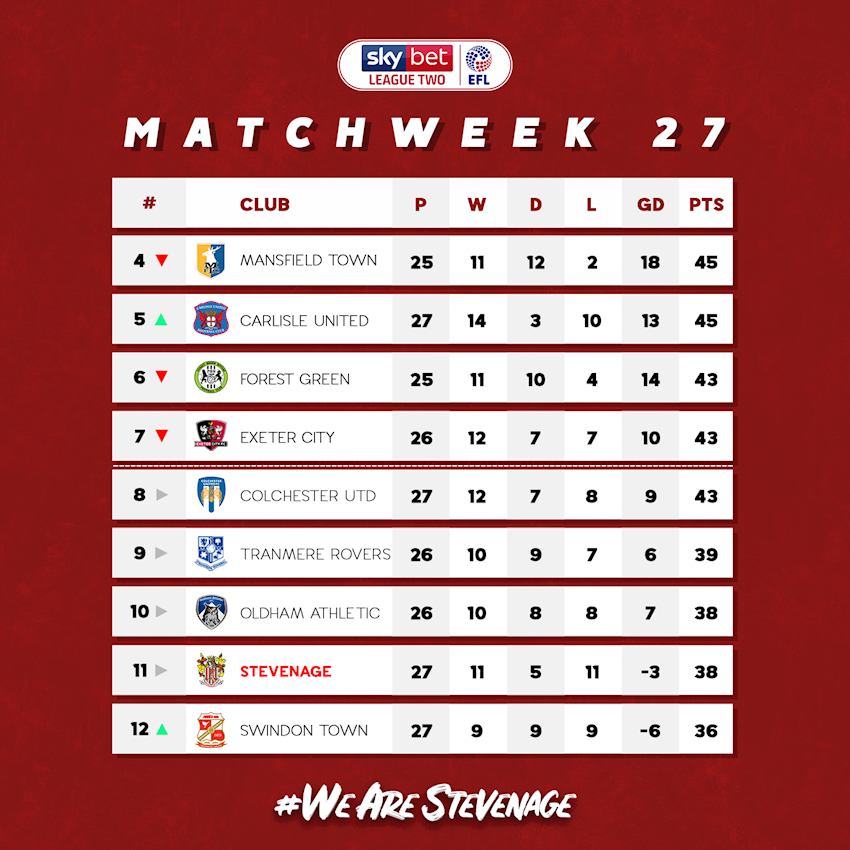 Crawley come into Saturday’s fixture following back-to-back home wins against Colchester and Cheltenham. Parallel to Stevenage, the Red Devils’ last defeat came away at Cambridge United, and will hope to avoid a similar fate.

Without an away win in the league since September, Gabriele Cioffi and his team will hope to quickly arrest their road woes if they are to have any chance of challenging this season.

After returning from a five-match suspension, Ollie Palmer was back in the side and back in the goals on Saturday. The forward's first half penalty was enough to earn Crawley three points againt Cheltenham on at the weekend.

Palmer will look for a repeat personal performance from the reverse fixture, where he equalised at the Checkatrade Stadium before a Revell double saw Boro bag the win. 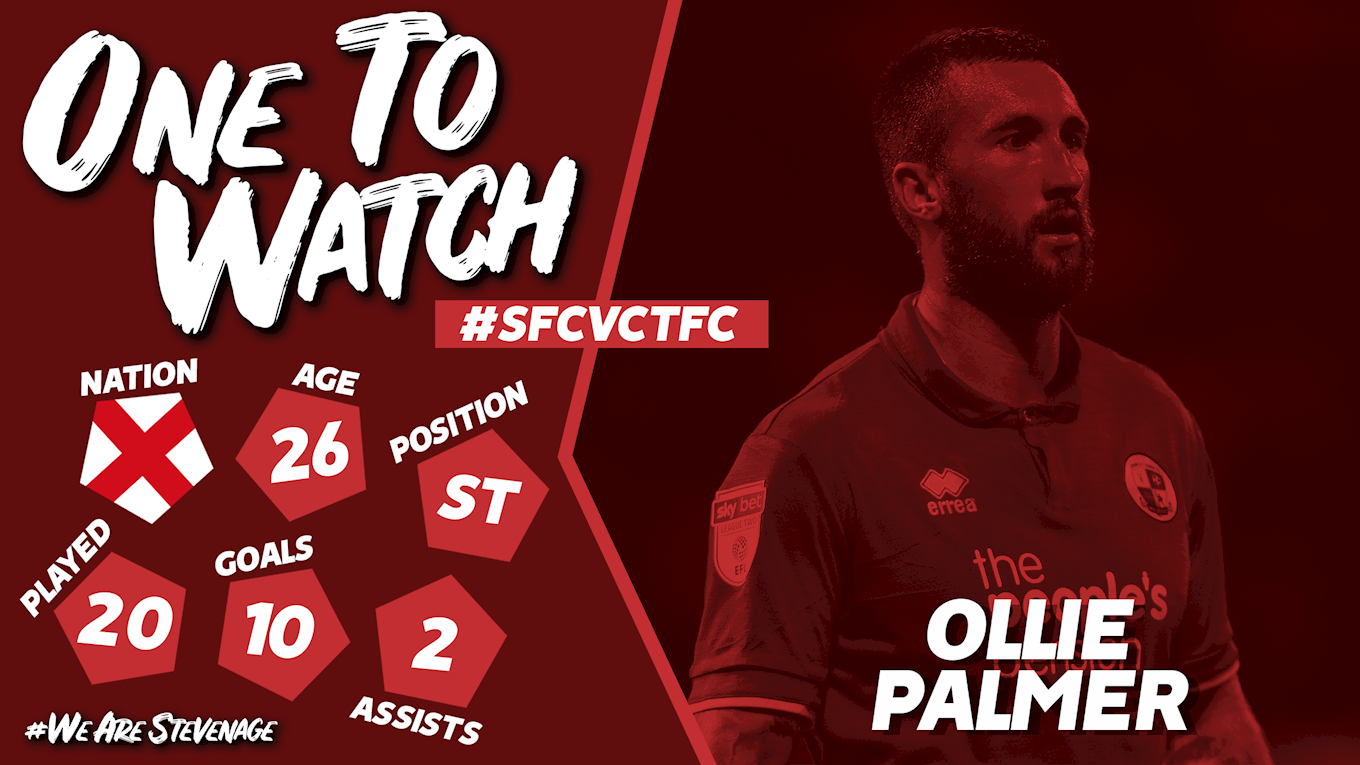 The two sides have had similar results in their last six, with three defeats, two wins and a singular draw. The difference, however, is the pattern of the results.

Whilst Stevenage have gained points in every other game since the start of December, Crawley seem to be picking up form just at the right moment ahead of Saturday's game.

The boss on taking advantage of a lighter schedule. #StevenageFC #WeAreStevenage pic.twitter.com/wuP3vtRLAO

Stevenage boast a solid record versus Crawley Town, winning just under half of all games played. The most recent encounter will live in Boro fans' memory for a while, after a last minute Alex Revell double snatched the win in-front of the travelling Stevenage contingent. 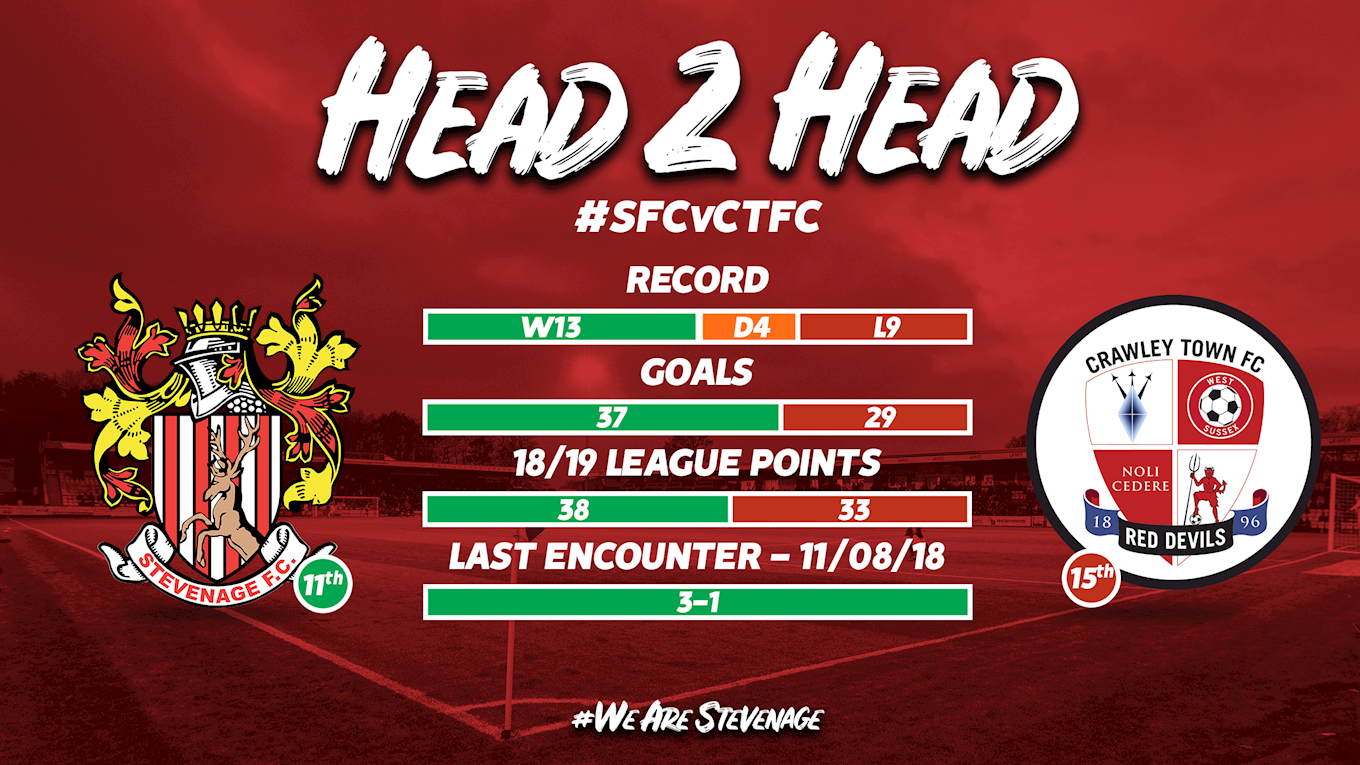