The Stevenage FC Equity Offering closes on 31st July, and we are on track to raise sufficient funds to have a real impact on this Summer’s transfer business...

Promotions to EFL League One and subsequently the EFL Championship would not only activate payment dividends for Shareholders, but it would also trigger an immediate increase in the Club’s broadcasting revenue (based on the current distribution mechanism for broadcasting revenues in the EFL).

On average, a League One club has an annual turnover of £6.1 million, 60% higher than the average of League Two clubs. A club in the EFL Championship generates around £30m per year on average. Promotion would also be expected to have a positive impact on all other revenue streams – through increased ticket sales, sponsorship and other commercial revenues. 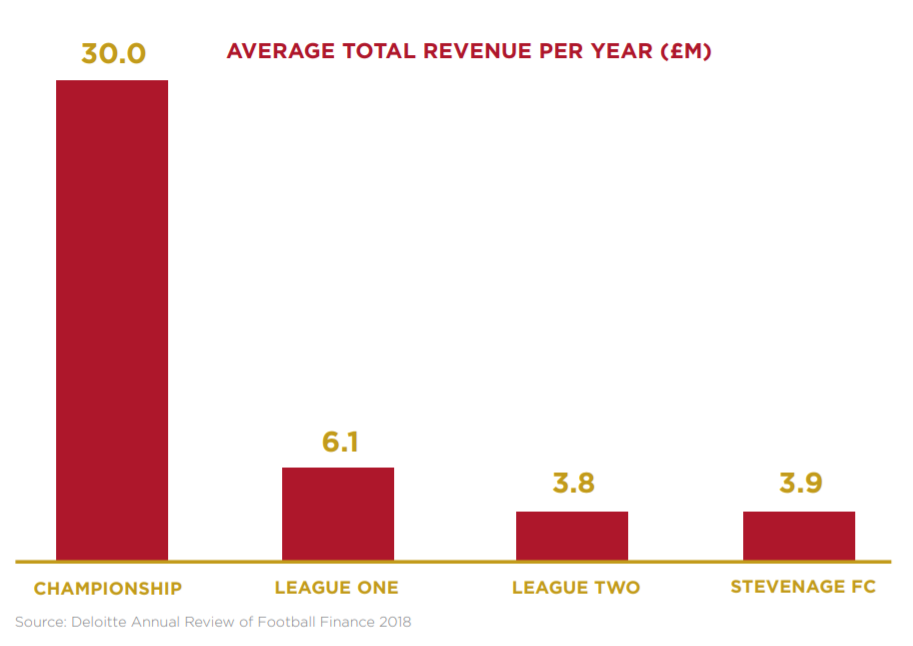 Based on these increases in revenue, the Board expect an increase in the value of both the Club and Shares.