Terence Vancooten and Guyana's Golden Jaguars have already made history by qualifying for the Country's first ever Gold Cup Tournament...

Now they want to make a name for themselves on the World stage as the 2019 Gold Cup - which takes place every two years between nations representing North America, Central America and the Caribbean region - got underway this weekend.

Guyana's first game couldn't be a much tougher prospect, facing the defending Champion US Men's National Team in their own backyard on Tuesday evening. They then finish off the group stages with fixtures against Panama and Trinidad & Tobago.

After originally being called up for Guyana in October 2017, Vancooten admits that the prospect of playing in a Major International Tournamnet seemed a long way off.

"It has been an unbelievable journey. I wasn't sure what to expect when I first joined up with the boys but we have gone through so much together in such a short space of time and it has been a real privilege.

"It is such an honour to have been a part of a side that was able to make history for this country. We have come so far, even the Guyana Federation has improved massively compared to when I was first called-up."

Even though the tournament has only just began, TVC and the Guyana team have already clocked up the air miles. After flying out to New York from London on June 1st, the squad travelled to Bermuda and Costa Rica for training camp and practice matches, before returning to the States where the flights won't stop. 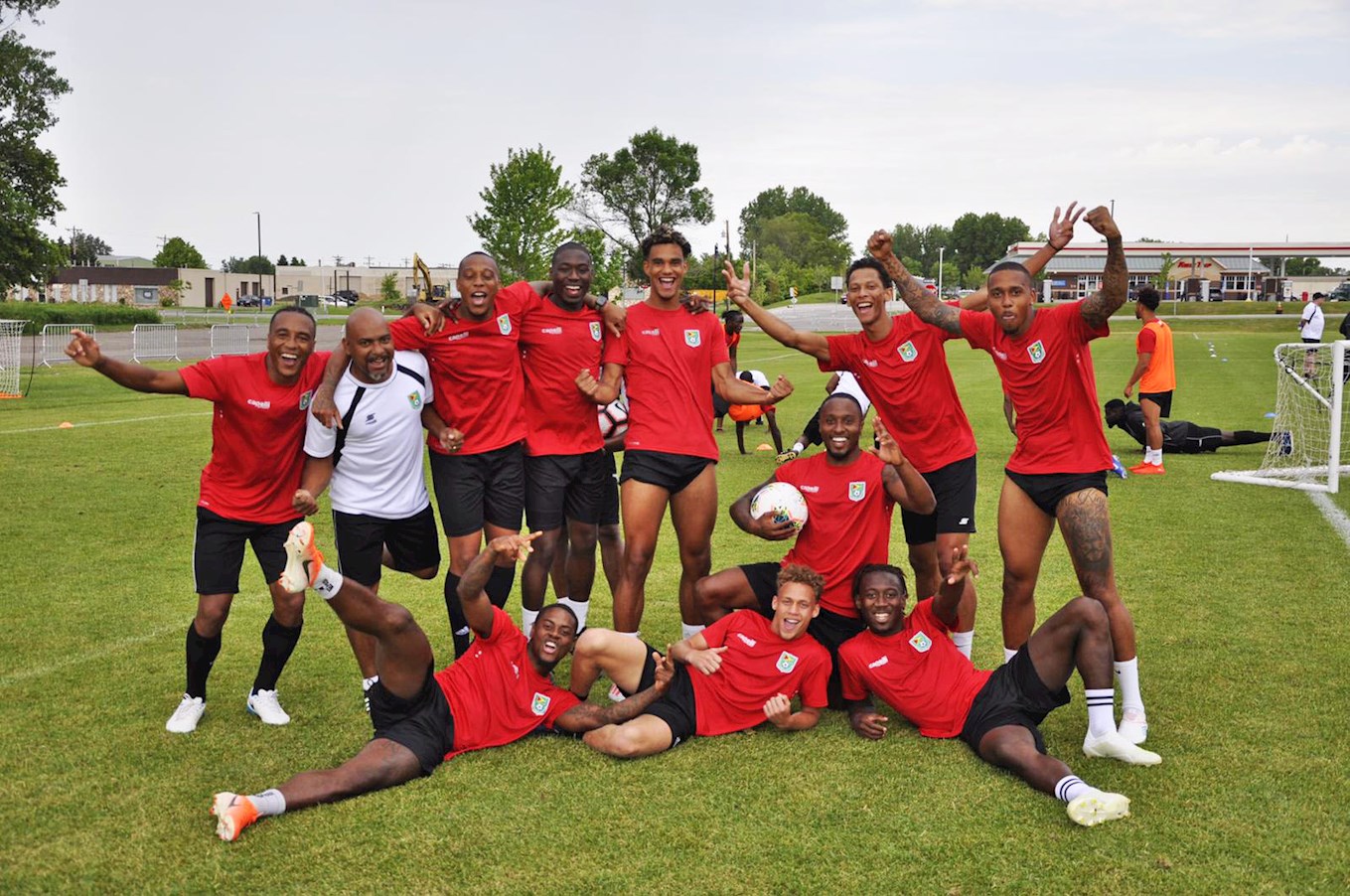 Making their first ever appearance at a Major International Tournament, Guyana are the stand-alone underdogs as the side is made up of players across many levels, from all across the world.

"Everyone is here to showcase their talent," Terence said. "It is a massive platform for all of us. We have local based boys in Guyana who don't play full time - and some don't even play much at all to be fair  - but they have the talent and have been with the programme for a while.

"There are boys from the MLS who are obviously a bit more familiar with things out here. We also have lads who play in Suriname, Trinidad, Canada, Holland and obviously those of us based in England.

"We are all out here for the same reason. To put Guyana and ourselves on the map."

When discussing Guyana's opening match against the United States, Terence says that he and his teammates are determind to send a shock to the rest of the world.

"I am really excited. Really excited to go out there and prove people wrong, too. They (USMNT) are expected to walk all over us and on the TV over here we are getting no respect at all. On paper we have a really good team and we certainly have nothing to lose. All the pressure is on them so it will be an interesting game."

Guyana's opening match of the 2019 Gold Cup takes place on Tuesday 18th June at 3am, BST. Watch a full replay of the game via Premier Sport at 2pm on Wednesday 19th June.