Stevenage FC Second Year Scholar Arthur Iontton has been named as the LFE League Two Apprentice of the Year at the EFL Awards 2019...

The award recognises the outstanding young professionals at EFL Clubs across the country, who excel both on-and-off the pitch. Players registered as first or second-year apprentices are eligible and following a stunning season of personal development, Iontton has been named the 2019 League Two winner.

Iontton started the season as part of the Under 18s, in his second year as an apprentice, but a strong pre-season and outstanding attitude meant that he was quickly drafted into the First Team frame under Manager Dino Maamria.

At first, Iontton was mainly used in Checkatrade Trophy fixtures, but by the end of 2018 he was a regular in Sky Bet League Two, making 14 league appearances for the team since December 22nd 2018. 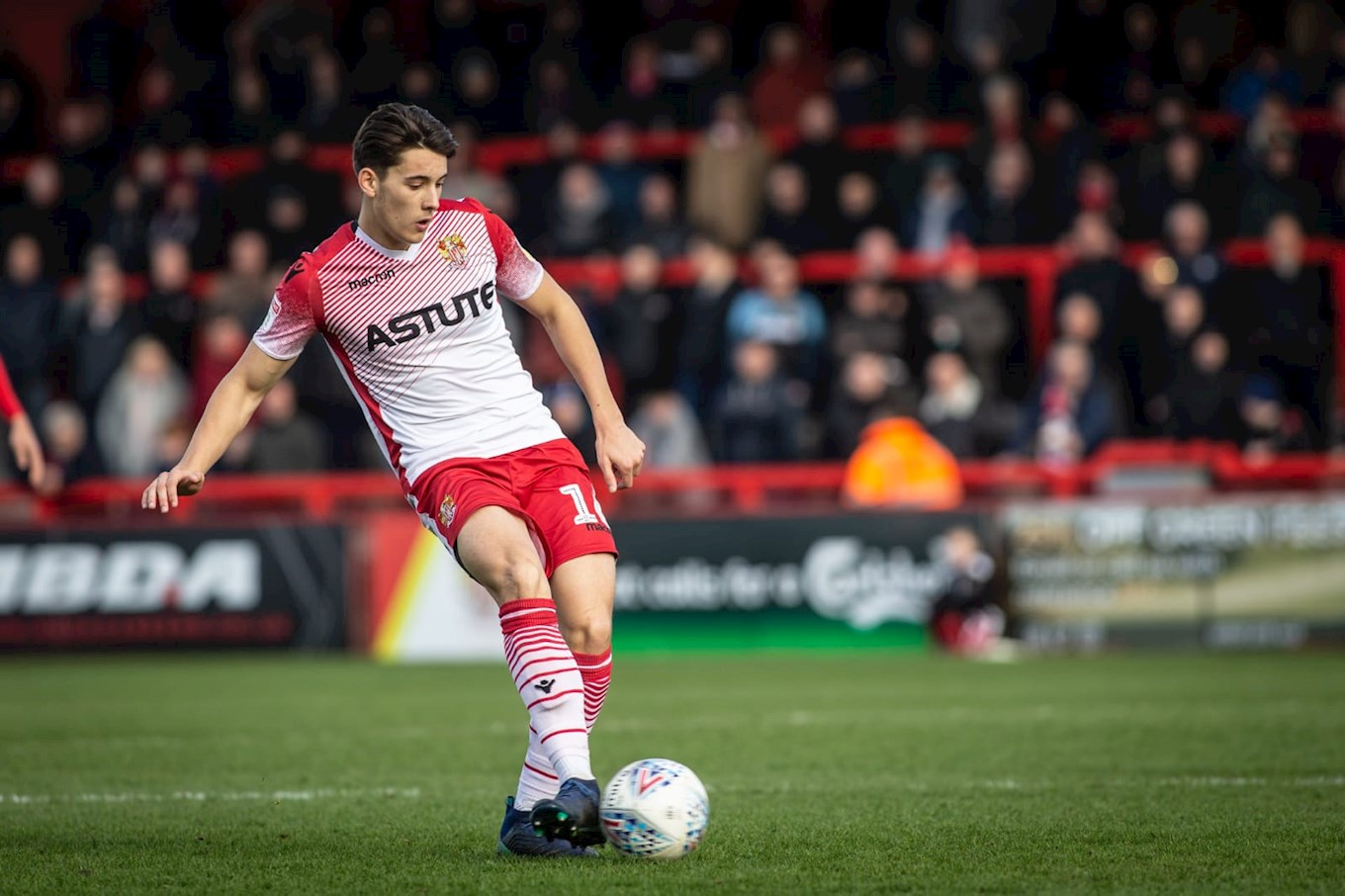 In the classroom, Iontton finished his NVQ in Sport one year early, allowing him additional time in his second year to complete an Extended Diploma in BTEC Sport, which he currently has six merits and six distinctions.

The news means that a Stevenage FC Apprentice has now picked up the League Two gong for the second season in a row, after Ben Wilmot (now of Watford) won the award last season.

Speaking about the award, Iontton says he is honoured to receive such esteemed recognition.

"I didn't really expect anything to come of this year apart from being a Second Year Scholar and working my way towards getting a pro, so it has been a bit of a whirlwind but one I have really enjoyed!

"I am very grateful for receiving this award and would like to thank the Manager for giving me my opportunity, to the Academy coaches and staff for helping me throughout my development and to my friends and family for all their support."

Stevenage boss Dino Maamria says, "I am absolutely delighted for Arthur. He has got a huge future in the game and apart from being a great young footballer, he is a top, top lad.

"He has been a breath of fresh air around the place and although he is still a work in progress, he has huge potential and a big future in the game.

"His outstanding characteristics are his maturity, his attitude and his character as both a person and player. He is a superb representative of our football club."

Academy Manager Robbie O'Keefe says, "Everybody at the Academy is very proud of Arthur's achievements. From seeing him enter the Academy at a young age to see where is at now, it is very gratifying for everybody involved.

"He has got the same values and principles now as he had when he first came into the system and he is a brilliant role model for all our Academy products."

The EFL Awards take place on Sunday 7th April at Grosvenor House, Park Lane, London, where Iontton will collect his divisional award, along with find out if he has won the overall EFL Apprentice of the Year award, which he is up against Max Bird of Derby and Daniel Adshead of Rochdale.