Tickets are available and there is NO PRICE INCREASE on the day of the game.

Buy before 5pm on Friday 15th March from the Club Shop or online at borotickets.co.uk. After this time, tickets will only be available from the Stadium MK Box Office.

Need a lift to the game? The Supporters Association Coach leaves the Lamex Stadium at 12:30pm and costs £15 for non-members and £20 for SA members.

After a difficult run of form that saw Stevenage go five games without a victory, Tuesday's win over Swindon Town has given Stevenage fresh life with just nine games to go in the Sky Bet League Two season. With the Play-Offs five points away, it is clear that a strong run of form is now needed from Maamria's men. 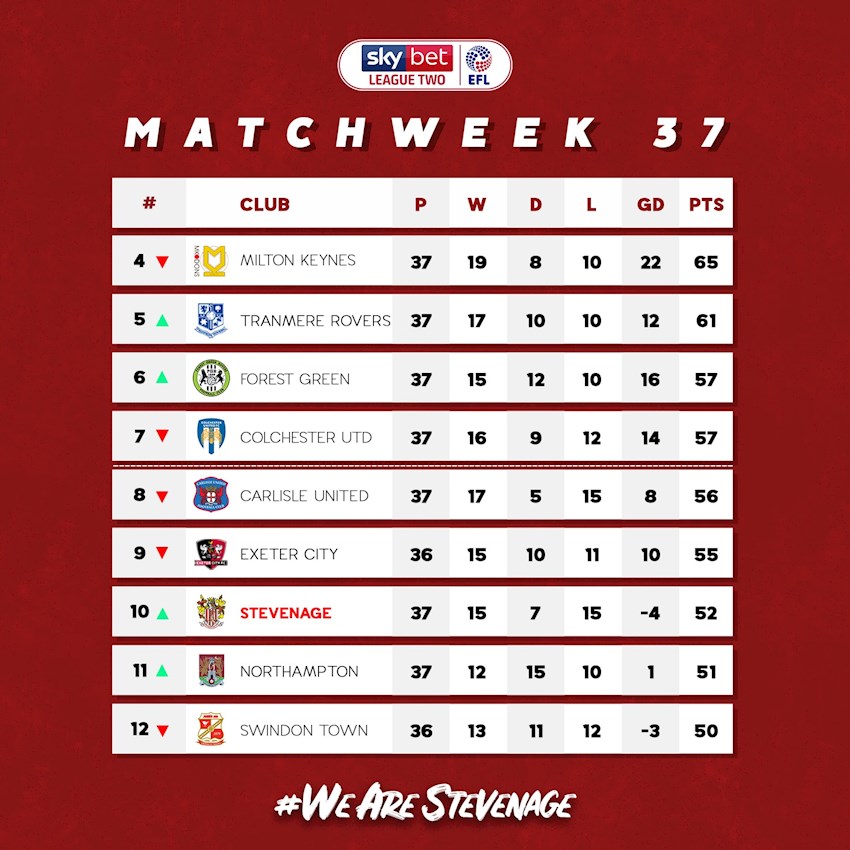 MK Dons suffered a shock defeat to Morecambe on Tuesday but are still in fine form. The Dons had previously won their last five league games and are looking to keep applying the pressure for a top three spot on Bury and Mansfield.

Long-term absentees Danny Newton and Jamal Campbell-Ryce will both miss the game due to injury and although there were plenty of bruised bodies following Tuesday's game, it is believed the rest of the squad should be available for selection.

MK Dons have issues at the back as a number of key defenders will miss out through injury. Click here for more detailed information on the opposition.

Dons #10 Chuks Aneke made six appearances for Stevenage during a short loan spell between 2011 and 2012. The striker was with Arsenal at the time and came as part of a double loan deal, with Luke Freeman also making his way to the Lamex Stadium. 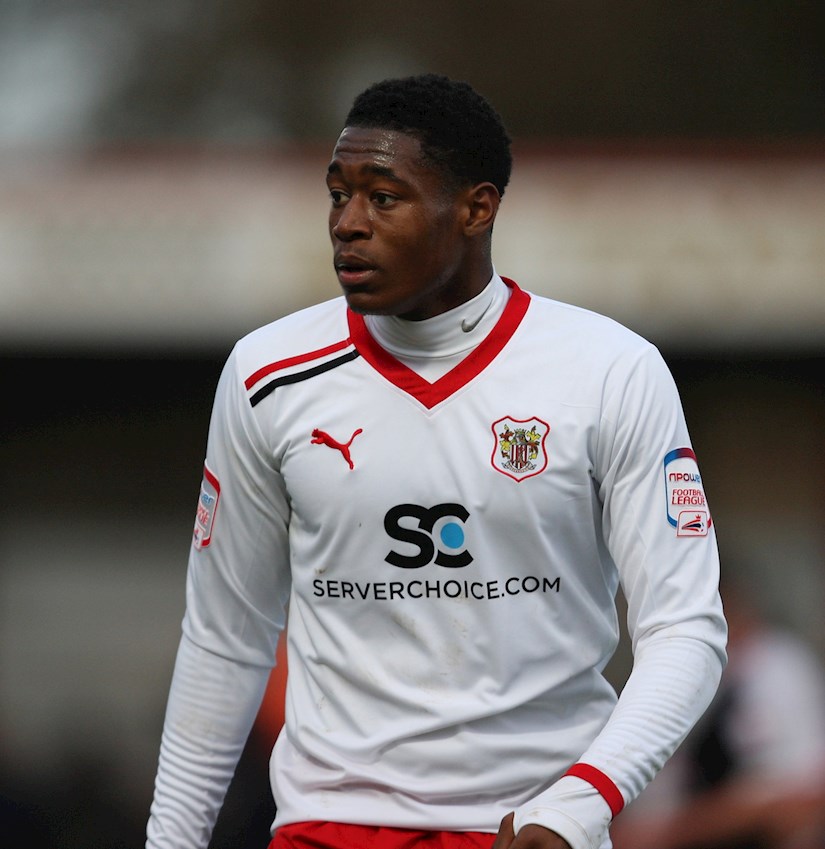 Stevenage's very own striker Alex Revell signed for MK Dons on January Deadline Day in 2016. Although he would be on his way to Northampton in the summer, Revell scored four goals in 17 games for the club. 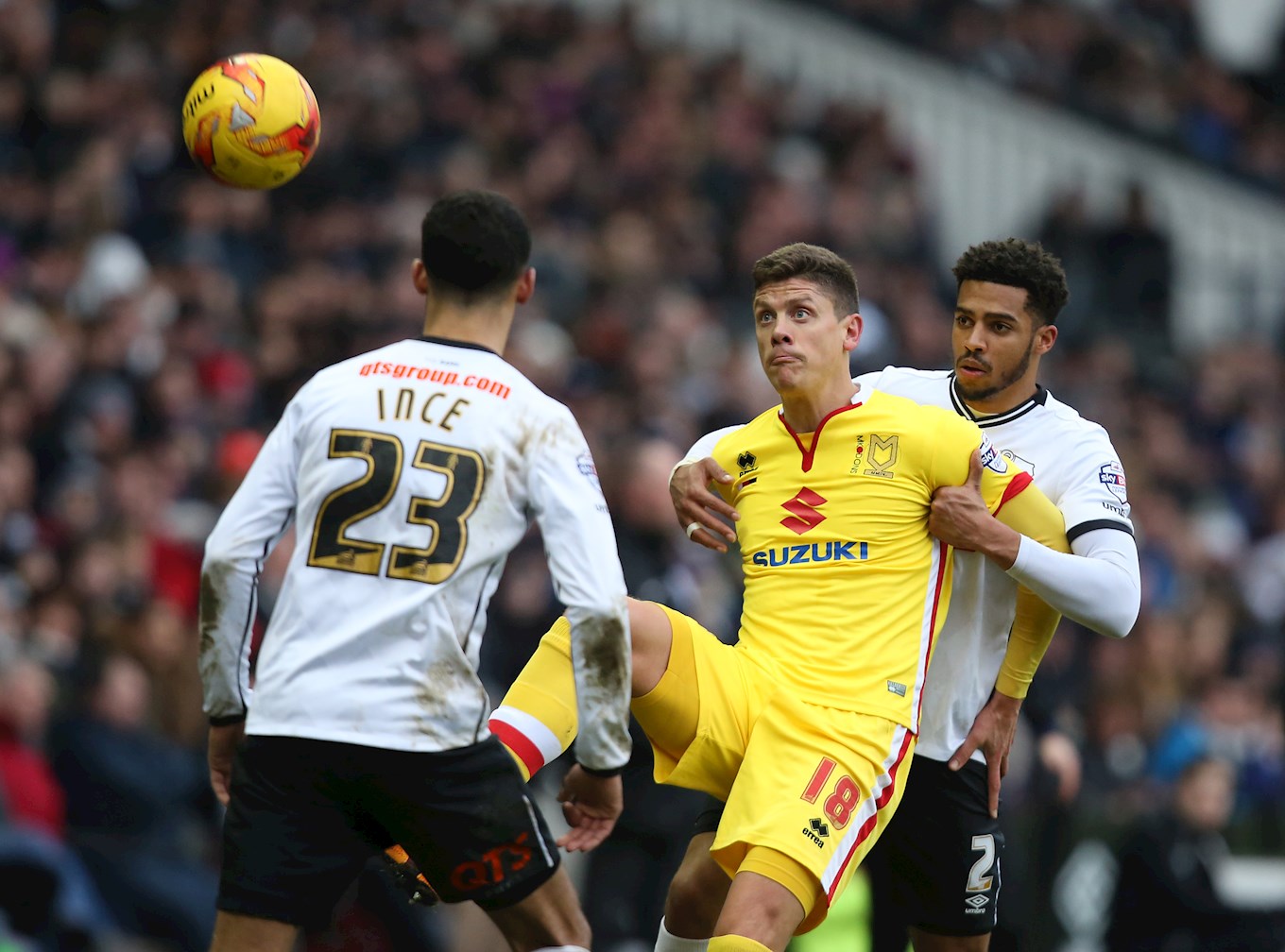 Victory over the Dons in the reverse fixture this season saw Stevenage squeeze ahead in the historical head-to-head standings. This is the first season that the two clubs have played each other in League Two, with all other meetings coming in either League One or Cup Competitions.

Make sure you are following our Twitter account throughout the day as we bring you the very latest from Stadium MK.