Stevenage Captain Ronnie Henry made his 500th appearance for the Club on Tuesday Night as he replaced Alex Revell in the 85th minute with a 1-0 lead over Swindon to defend...

For the remainder of the game, Stevenage supporters serenaded the skipper and after Ilias Chair’s spectacular strike sealed victory, Henry says it was the ideal way to celebrate his landmark appearance.

“I was always going to get there but I wanted to do it sooner rather than later. You never know what is going to happen in football so it is a relief to be honest.

"It is a great milestone and a wonderful moment. It really meant a lot to me to see the supporters singing my name, to see the scoreboard light up.

"It was the perfect way to do it. I came on to help win the game and Ilias' goal topped the evening off. It was fantastic.

"That moment will live with me forever. The fans were absolutley outstanding, as they have been to me for the past 14 years and I would like to really thank them for their support.

"I have a lot of people to thank. I couldn't have reached this milestone without all the different Managers I have played under. The players and friends that I have made over the years. All the staff that have been so good to me and the Chairman who sent me a lovely message this morning. Finally, I must thank my Family who have supported me every step of the way." 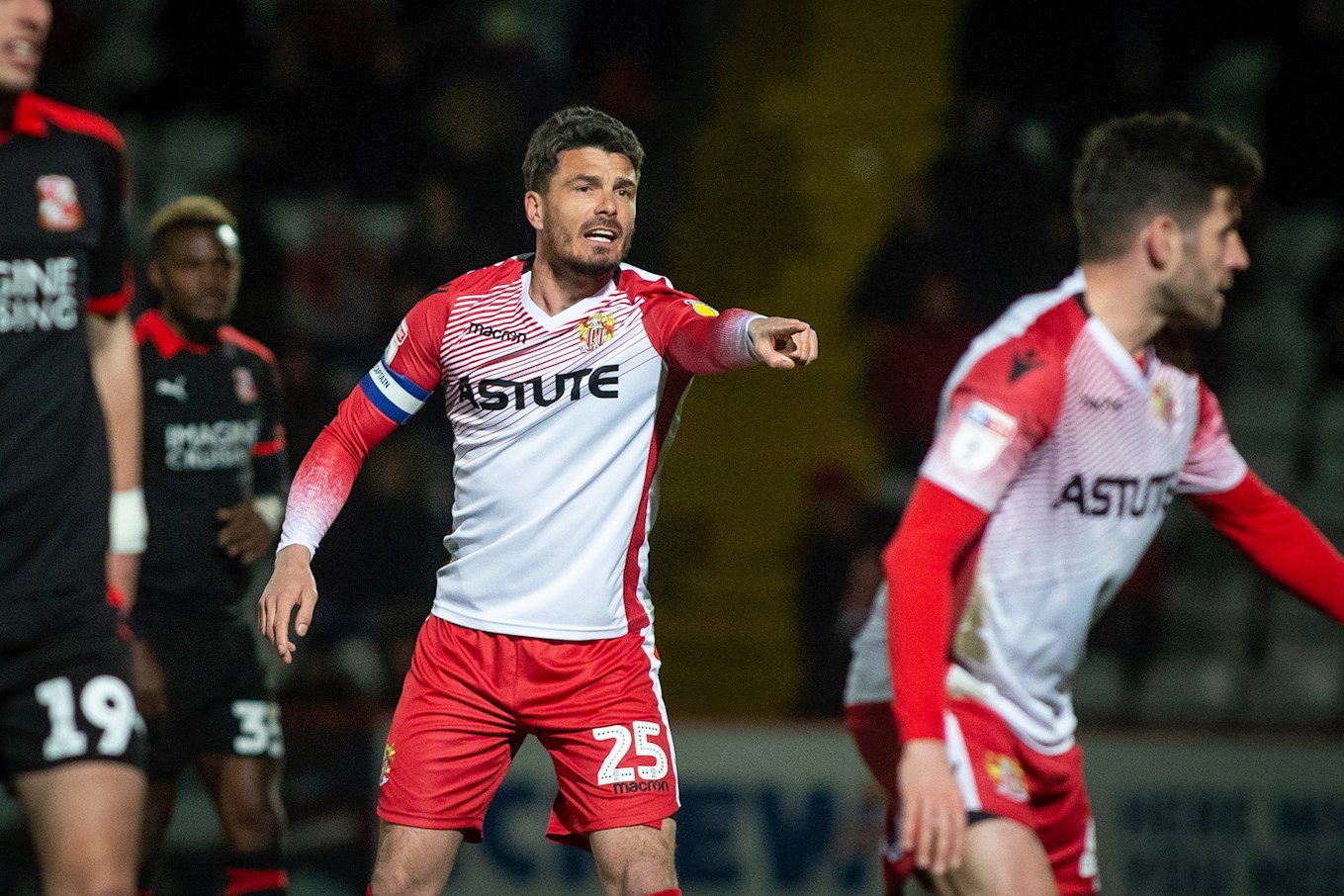 Already the Club’s All-Time Appearance holder, Dino Maamria praised Henry’s professionalism and says he doubts any player will ever match his record.

“It is absolutely brilliant. I have told the lads before the game, let us make sure that we are in a position late on in the game for Ronnie to come in and seal the win with his 500th appearance. He is a club legend and he has not played as much as he would have liked this season, but he always leads by example around the training ground and in everything he does.”

“I thought when he came on tonight he made a difference to us. That is a brilliant testament to him, and I have told him do not worry about the 500, he should get more. It is just a benchmark, hopefully he will get more. He deserves it. He has been at the club a very long time, and I do not think anybody will break that record.”

Chairman Phil Wallace reiterated Maamria’s sentiments by saying that his achievement is a unique one that is unlikely to be repeated.

“I was delighted to see Ronnie make his 500th appearance for Stevenage last night. To achieve this milestone at any club is an achievement but to achieve it at a club like Stevenage that has been looking to actively move up the pyramid each and every year, with all the pressure that brings and with a variety of different managers, it is truly unique.

"It is a testament to the job he has done over the years and the way he has represented the club both on and off the pitch. It has been a pleasure to work with him and I hope he goes on to achieve even more.”