Get to know Saturday's visitors...

It goes without saying that the 2018/19 season has been a disastrous one to date for Notts as they face a nerve-wrecking relegation battle just one season after making the League Two Play-Offs.

Notts have been in-&-around the relegation zone all season and having won just one of their last six, two of their last eight and three of their last twelve games, their recent form hasn't shown many signs of reversing the club's fortunes.

Kane Hemmings has been Notts' most reliable goalscorer this season, scoring 11 goals across 31 games, including against Stevenage in the reverse fixture at Meadow Lane. 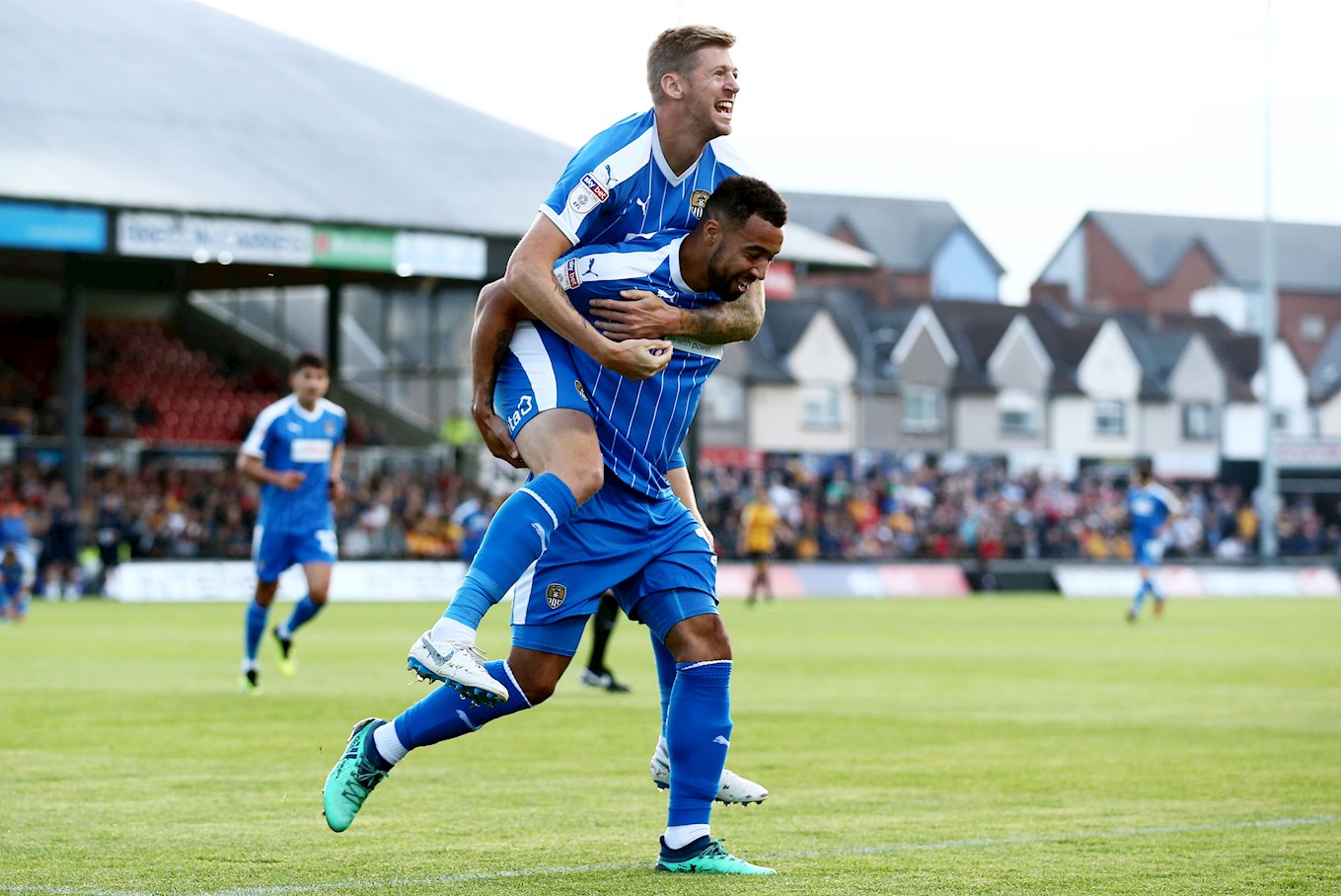 The striker signed for from Oxford United in the Summer for an undisclosed fee and has already bested his overall goal-tally with the U's.

After seven seasons with AFC Wimbledon, Neal Ardley and the club he started his playing career with parted ways in November following a run of 10 defeats from 12 that left the Dons languishing towards the bottom of Sky Bet League One.

It didn't take Ardley long to get back into Management and he was promptly appointed Notts County boss less than two weeks later, following the dismissal of Harry Kewell.

Unfortunately things haven't improved much at Meadow Lane. Ardley's record of four wins, seven draws and 11 defeats has kept Notts within striking distance of safety, but is surely not what the Club had in-mind following the appointment.

Speaking to the press following their added time defeat to Exeter last weekend, Ardley admitted it was an excruciating conclusion to the game.

“That was tough to take for everyone. It was painful to witness. We threw everything at them and it can be hard to create clear-cut chances against 10 men who are defending for their lives, but you have to get in the right areas. We needed more quality and better decision making in the final third and that bit of composure to get us the goal.

“I didn’t see the ending coming at all, though, and that is the most disappointing thing – it sums our season up. 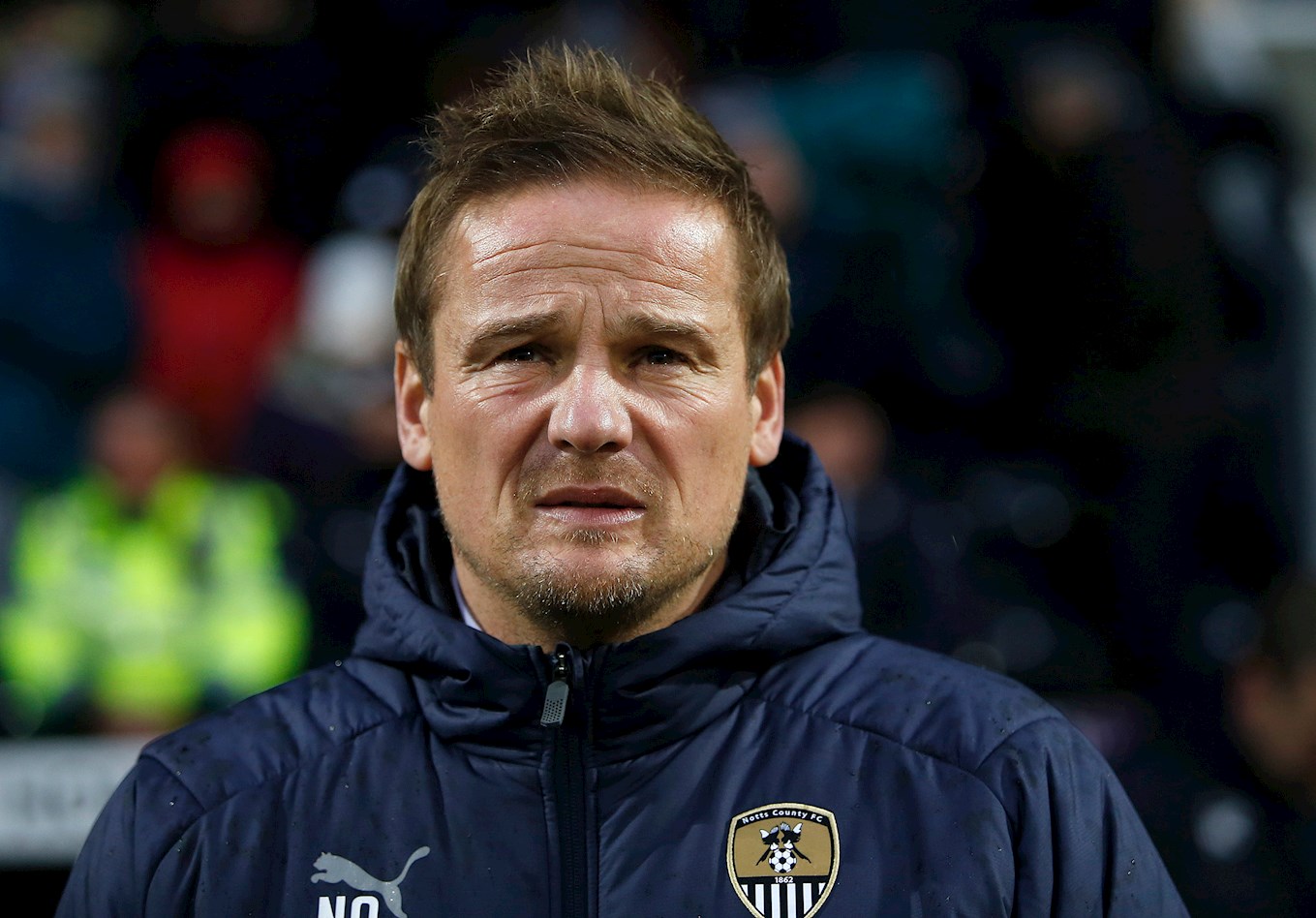 “We were lower than snakes bellies in the changing rooms but we are in control of how much of a body blow it is. We either turn up, train hard, fight for our lives and do everything we can to put it right, or we feel sorry for ourselves – I know which one I’ll do.

“There is still 21 points to play for and we have to fight and show the spirit. It hurt today because it was a big chance to get a win on the board and we’ve come up short.

“We have done that for most of the season so we need to change something in the last seven games. If we do what we want to by 4 May it will all be forgotten.”

Notts County have won fewer games (7) than any other team in Sky Bet League Two this season.

The Magpies have also conceded more goals (72) than any other team in the division, an average of almost two goals per game (1.85.)

Away from home, the statistics only get worse with an average of 2.26 goals conceded per game on their travels.

Only Macclesfield (19) have conceded more goals in the final 15 minutes of games than Notts County (18), whilst their record of goals scored (8) during this time-frame is the joint-lowest in the league.

Who could be Notts' key player on Saturday?

"Jim O'Brien has been excellent for Notts since his arrival from Bradford in January.  A gritty midfielder who is strong in the tackle, but is intelligent with the ball too.

He returned to the team at the weekend for the defeat to Exeter having missed the game against Morecambe because of a deep gash in his calf.

He is a strong character and always puts his bundle in having formed a fine partnership with Michael Doyle in the heart of midfield.

He is going to be key for Notts in their fight to avoid relegation to the National League and he's the kind of player who always leaves everything out there on the pitch."

What do Stevenage have to do to beat Notts County?

"Notts have struggled against teams with physical presence this season given they are not particularly a big and strong side themselves.

"The Magpies are not a physically imposing team and Newport took full advantage of that in a 4-1 win at Meadow Lane in February.

"They struggled to deal with long balls into the box which Newport launched at every opportunity.

"However, Richard Duffy has been recalled to the side and his experience will undoubtedly help deal with such tactics should they arise again."

What have Notts County got to do to beat Stevenage?

"Notts have had some impressive performances on the road over the last month having beaten Carlisle 3-1 and beating Forest Green 2-1.

"Notts are a lot better at playing teams who come on to them rather than those who sit deep, are organised and show limited ambition.

"They proved that with a really good win at FGR in which Enzio Boldewijn produced a majestic display and capped it off with a winner.

"Notts have shown they can be very dangerous on the counter attack because they do have pace in the team such as Boldewijn, Kane Hemmings and Virgil Gomis."