Kurtis Guthrie, Terence Vancooten and Ilias Chair have all been nominated for the Bristol Street Motors PFA Player of the Month for April in Sky Bet League Two...

All three players contributed massively to a terrific final month of the season, as the team won five and drew one of their final six games. It is a Stevenage-dominated shortlist, with three of the six League Two nominees coming from Maamria's team. 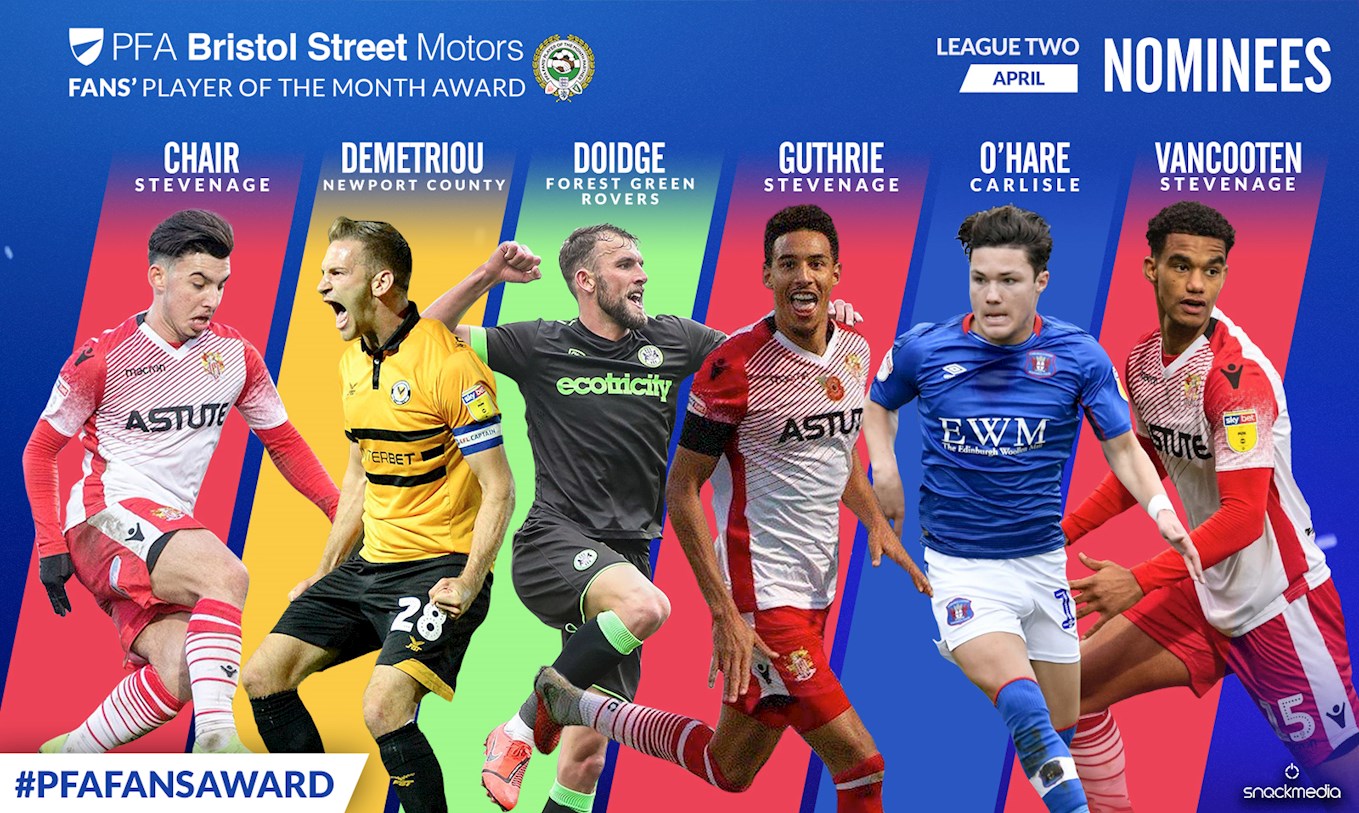 Kurtis Guthrie lead the line with authority - scoring seven goals during this spell along with four assists, a remarkable run of form for the Stevenage striker.

After struggling to make the side for much of the season, Terence Vancooten returned to the side as left centre-back for the start of April and helped the team to an unbeaten month with his fearless displays in  both defence and attack.

Ilias Chair, receiving his second straight League Two PFA Player of the Month nomination, was once again instrumental throughout Stevenage's sprint to the finish, scoring twice and making four assists during the six game spell.

Supporters can cast their vote below. Please note, polls close at 8am on Friday May 10th 2019.