Stevenage players of the past and present descended upon The Lamex Stadium on Bank Holiday Monday to celebrate the career of Club Captain Ronnie Henry...

It was a day to remember, as former Stevenage heroes reunited for a Testimonial Match between the 2009/10 Conference Champions and a Ronnie Henry All Stars team, that finished 6-5 to the class of 2009/10. 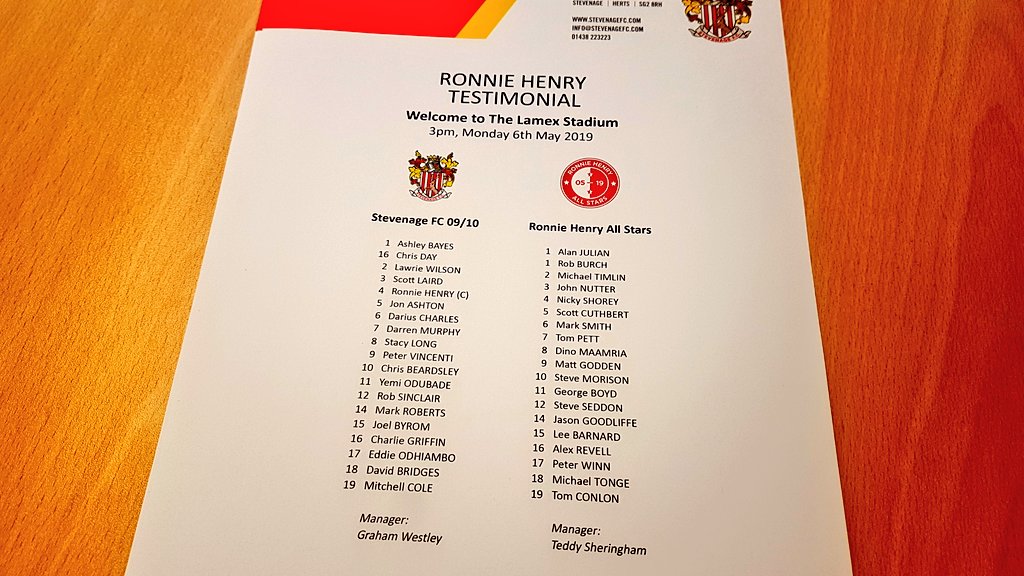 After Ronnie opened up the scoring in the opening minutes through a debious penalty, current First Team boss Dino Maamria grabbed a quick-fire brace before Tom Conlon added a fine finish to put the All Stars in control with the score at 3-1.

Jon Ashton planted a header home before the break to narrow the deficit, before a superb second half from the Conference Champions as Lawrie Wilson (2) and Charlie Griffin scored to make it 5-3. Goals from Steve Seddon and Tom Pett made it 5-5, before young Louie Henry came on to replace his Dad to score the winner and make it 6-5 to the Conference Champions in added time.

In truth, the result was never going to be important, as Supporters, Staff and Players alike enjoyed a tremendous afternoon in celebration of one of the Club's greatest ever players.

Browse through our bumper gallery above, courtesy of Jim Steele Photography.