Everything you need to know about Scunthorpe United ahead of Saturday's match at Glanford Park...

A Club on the verge of promotion to the Championship just three years ago, now, the Iron are facing an early season relegation battle in Sky Bet League Two, but appear to be moving away from trouble from within the past few weeks.

Ex-Scunthorpe Manager Graham Alexander guided the Club to back-to-back League One Play-Off finishes after finishing 3rd in 2016/17 and 5th in 2017/18. They were eventually knocked out by Millwall and Rotherham in the Semi-Finals and after Alexander was dismissed with the Club in 5th position in March 2018, the Club's fortunes drastically turned and were subsequently relegated in May this year.

Last season's troubles were exemplified by the fact that the Iron had three managers come through the door, picking up just one win from their last 13 games and finishing 23rd in League One.

The Club kick started their return to League Two in worrying form with just one point from their opening seven games. But after picking up their first win of the season in their eighth game against relegation rivals Morecambe (3-0), they have only lost a further two games since that victory. 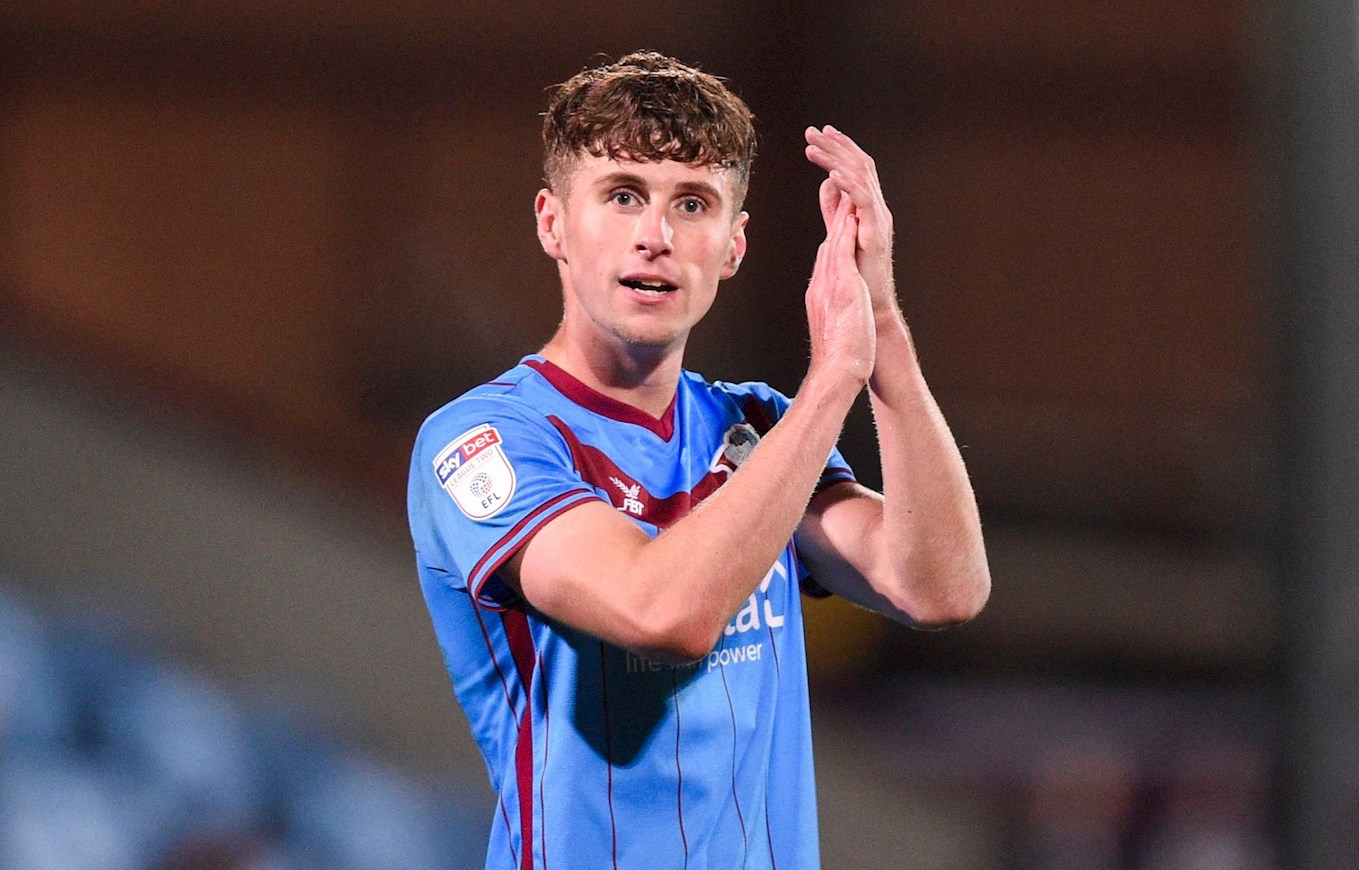 Scunthorpe's home form is strong. The Iron are unbeaten in six games at Glanford Park since August, picking up three wins and were able to defeat promotion chasers Northampton Town (3-0) and Exeter City (3-1) in their last two home games.

In their latest fixture and facing their former Manager, Scunthorpe were left somewhat disappointed after taking a 1-0 lead against Salford through Kevin Van Veen, before losing their lead just before half-time and coming away with only a point.

Kevin Van Veen has been a revelation with his goals during Scunthorpe's recent good run of form. The 28-year-old has scored six goals in ten games since coming into the team against Grimsby in September, and has formed a deadly partnership with Lee Novak.

The Dutch-born forward is in his second stint at Glanford Park, after first joining the Club in 2015. He enjoyed a successful time playing in League One for The Iron, in which Scunthorpe even rejected a £4,000,000 bid from Chinese Super League team Henan Jianya. He was eventually let go on loan in January 2016 to Cambuur in the Netherlands, and then sold to Northampton Town in August 2016.

Paul Hurst was appointed as manager at the start of this season after caretaker boss Andy Dawson stepped down following their relegation. Hurst enjoyed success as manager of Grimsby Town when he guided them to victory in the 2016 National League Play-Off Final, defeating Forest Green Rovers 3-1 at Wembley.

The former defender then went onto to manage Shrewsbury Town and guided them to safety after joining halfway throughout the season in 2016. He was awarded with Manager of the Season in 2017/18 after guiding The Shrews to a 3rd place finish and runners-up the Checkatrade Trophy, losing 1-0 to Lincoln City.

After such a damaging start to this season, what do you put their recent good form down to?

"There was definitely some kind of hangover from last season, which affected the Iron in the early part of the season. Defensive mistakes that haunted them last season were still prevalent and there were still conceding goals in bunches. However, they have shored up that defence with Rory McArdle and Harrison McGahey proving to be an effective partnership.

"They also struggled with injuries early on in the campaign with Lee Novak and Kevin van Veen both out and they only had one fit striker. Both have now returned, and both are scoring. Hurst has been able to pick a settled side aswell and the team will almost pick itself for Saturday, barring any unforeseen injuries. The home form has helped them as well and the recent improvement in performances and results has also helped with confidence.

"After the poor start, the name of the game is consolidation at the moment. The iron still sit 22nd but a few wins could propel them up to midtable which is the first priority. It has been said they will see where they are around Christmas time and then reassess and if the play-offs are a realistic target then they can push for them. The squad is certainly good enough, but the results so far haven’t matched those expectations despite the recent improvements.

"The away form has to change if the Iron are going to challenge, as Scunthorpe have not won away yet this season taking only two points from their travels."

What kind of game can The Boro fans expect on Saturday?

"Scunthorpe have been relatively strong at home, losing only twice all season, with their last defeat at the Sands Venue Stadium coming at the end of August.
They have scored three goals in each of their last two home games against Northampton and Exeter and I would expect another attacking display in front of their home fans. But the Iron can always be prone to an error at the back so if Stevenage want to try and take anything from the game, they will have to take their chances.

"But after recent good displays at home and facing a team below them, the Iron should be high on confidence going into the game."

Is there any team news going into the game?

"It was announced on Thursday that Clayton had his contract cancelled by mutual consent after two years at the club. Jordan Hallam faces another couple of weeks on the sidelines after picking up a hamstring injury in the under-23 game against Walsall on Tuesday. Loan striker George Miller is back at parent club Barnsley recovering from his quad injury but is still a way off returning.

"Kgosi Ntlhe is still out with a groin injury and is expected to return in a couple of weeks. Jordan Clarke has returned to training this week after spending a month out after having his appendix removed."

"I will go for a 2-0 win to Scunthorpe with Kevin van Veen and Lee Novak scoring the goals."