Ahead of Saturday’s away trip to Walsall FC this weekend, we take a closer look at our upcoming opponents…

The Saddlers, located in West Midlands, are back in Sky Bet League Two after a disastrous campaign last season in League One, when the Club finished 22nd, ending their 12-year stint in the third tier.

The Walsall fans can draw on successful, past experiences when last competing in League Two. Under the guidance of manager Richard Money, they were able to capture their second fourth division title in their history, when they beat Hartlepool by one point on the final game of the 2006/07 season.

The newly relegated Club kick-started their season with a 1-0 win away at Northampton Town, but then went on a seven-game winless streak that ended on the 14th of September with another 1-0 away win at Morecambe. The Saddlers then went on a run, picking up three wins on the bounce that included their first home win of the season against Scunthorpe United.

October was not a kind month for the Club as they lost every game in the league which only ended in their latest game at home to Cambridge United. The team scored two-quick-fire goals from Josh Gordon and Mathew Sandler and were able to survive a late scare to hang on to a 2-1 win. They currently sit in 21st place, five points clear of Stevenage.

James Clarke was signed at the start of this season and has already surmounted his place at the heart of the Walsall defence. Clarke scored the only goal of the game on his debut against The Cobblers and is the Club’s top goalscorer with three goals. 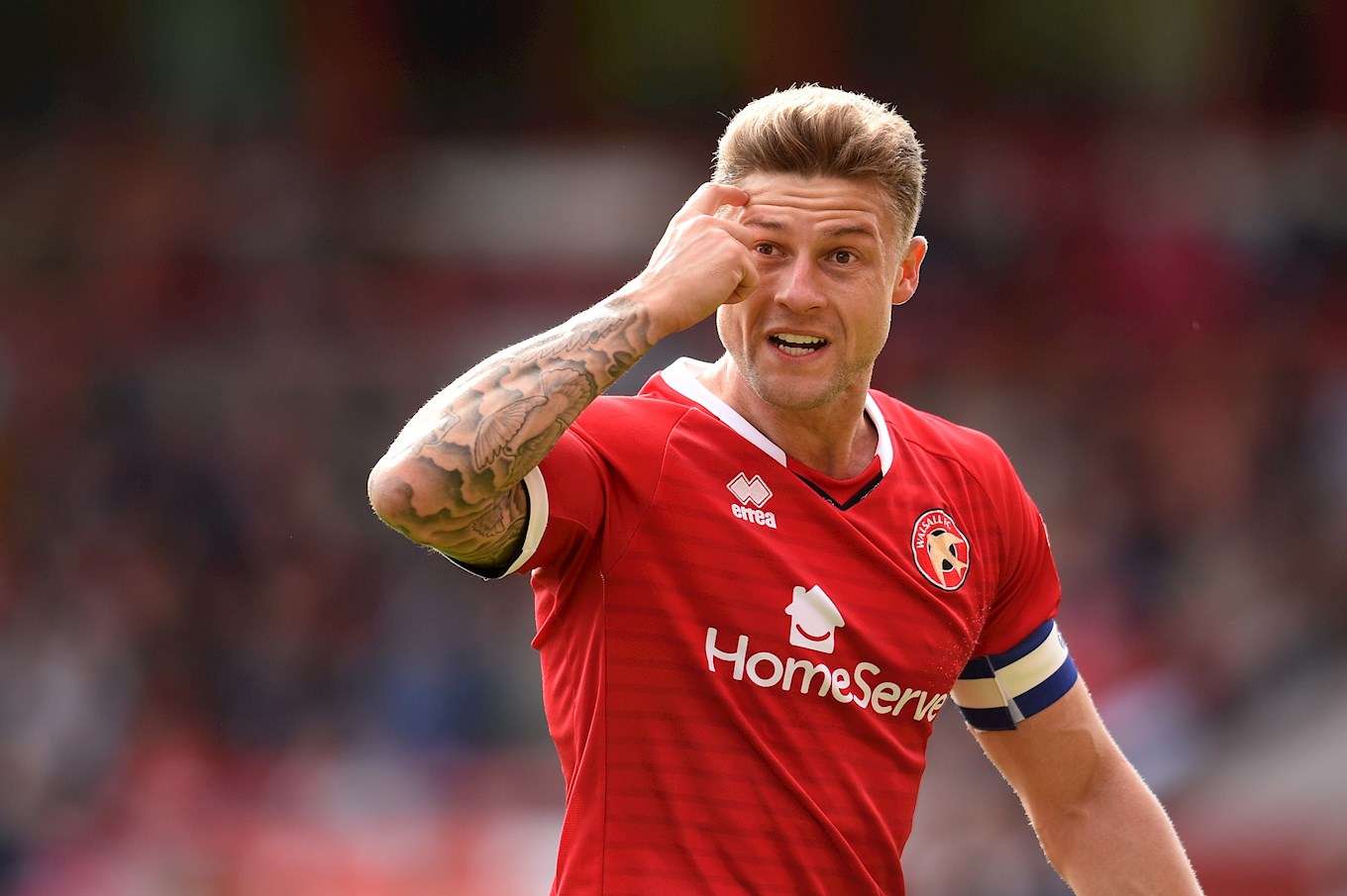 The 30-year-old started his career in the Conference Leagues with Oxford United, Oxford City Salisbury City and Woking. He was eventually snapped up by Bristol Rovers, who were just promoted to League Two and helped them to a third place and promotion to League One.

Darrell Clarke was appointed as Manager in May this year following their relegation. The 41-year-old has a wealth of promotion experiences whilst at both Salisbury and Bristol Rovers. In his job at Salisbury, Clarke was on hand to guide the Club from the Southern Football League to the National League winning two Play-Off Finals in 2011 against Hednesford Town and Dover in 2013.

He eventually moved to the Memorial Stadium as Assistant Manager the following season and was named Manager halfway through the campaign, but was not able to avoid relegation with the Club. Clarke then oversaw back-to-back promotions to League One that included another Play-Off victory against Grimsby Town in the 2015 Conference Premier Play-Off Final.

What do you make of the club’s up and down season so far?

“It's probably what a lot of people expected, given the massive turnover in playing personnel over the summer as new manager Darrell Clarke basically had to put together a completely new squad, although a handful of last season's squad have remained.

Having said that, there have been more downs and ups, including the six straight league defeats, albeit Clarke has hardly been helped by injuries with a number of first-choice players having been absent for varying lengths of time.”

What is the expectation this campaign?

“Most supporters were happy to write this season off as a rebuild. A mid-table finish, perhaps a decent cup run and signs of progress towards building a squad to challenge for promotion next season - that would be a fair assessment of the expectations of most Walsall fans.

They were not expecting to be in the bottom six for the majority of this campaign to this point but the losing habit after a relegation is not always an easy one to kick.”

What can the Boro fans expect on Saturday?

“Your guess is as good as mine! Walsall have been pretty hopeless at home this season. That is, until, last Saturday, when they produced arguably their best 90 minutes of the season to beat Cambridge.

That has been the exception rather than the rule but the Saddlers do look a more complete team now that striker Caolan Lavery - who notched the winner in the FA Cup midweek replay at Darlington - is back from injury.”

Any major team news going into the game?

“Tough to say as Darrell Clarke keeps his cards very close to his chest in regards to injuries. Veteran midfielder Danny Guthrie has been in and out all season with various knocks, while fellow midfielder Stuart Sinclair and left-back Cameron Pring have also been out.

Unless any of those are fit, I would expect the XI to be made up of the 14 that featured on the pitch at Darlington on Wednesday night.”

“I never predict a Walsall win.... but.... Lavery's return, plus fellow striker Josh Gordon's upturn in form are pushing me towards doing so! I'll say a 2-1 home win with those two getting a goal apiece. Kurtis Guthrie, if fit, to score for Boro.”