Ahead of Saturday’s away trip to Port Vale, we take a closer look at our upcoming opponents…

The Valiants, located in Stoke-on-Trent, have been fluttering with relegation ever since they dropped out of Sky Bet League One in 2017, having finished each of the last two seasons in 20th place.

Following years of discontent amongst supporters with regards to previous ownership, local IT firm owners and lifelong Valiants, Carol and Kevin Shanahan bought the Club in May 2019, much to the delight of the Vale faithful.

Port Vale currently hold the record for the most seasons played in the Football League (108), without ever reaching the top flight.

Port Vale boast one of the best home records in the league, having not lost in six games at Vale Park with four wins and two draws. After starting the season with just one defeat from their opening six fixtures, the Valiants have come off the boil somewhat and have only been able to pick up two more victories since August, putting them in 13th place heading into the weekend.

Goals have been flying in at both ends of the pitch in recent games though, as the ball has hit the back of the net 22 times in the past five games, with both teams scoring in each of those fixtures.

Local lad Tom Pope is no stranger to Stevenage fans, having butted heads with the Boro on plenty of occasions throughout the past decade. Pope first joined Port Vale in 2011 before briefly leaving for Bury in 2015, returning two seasons later. 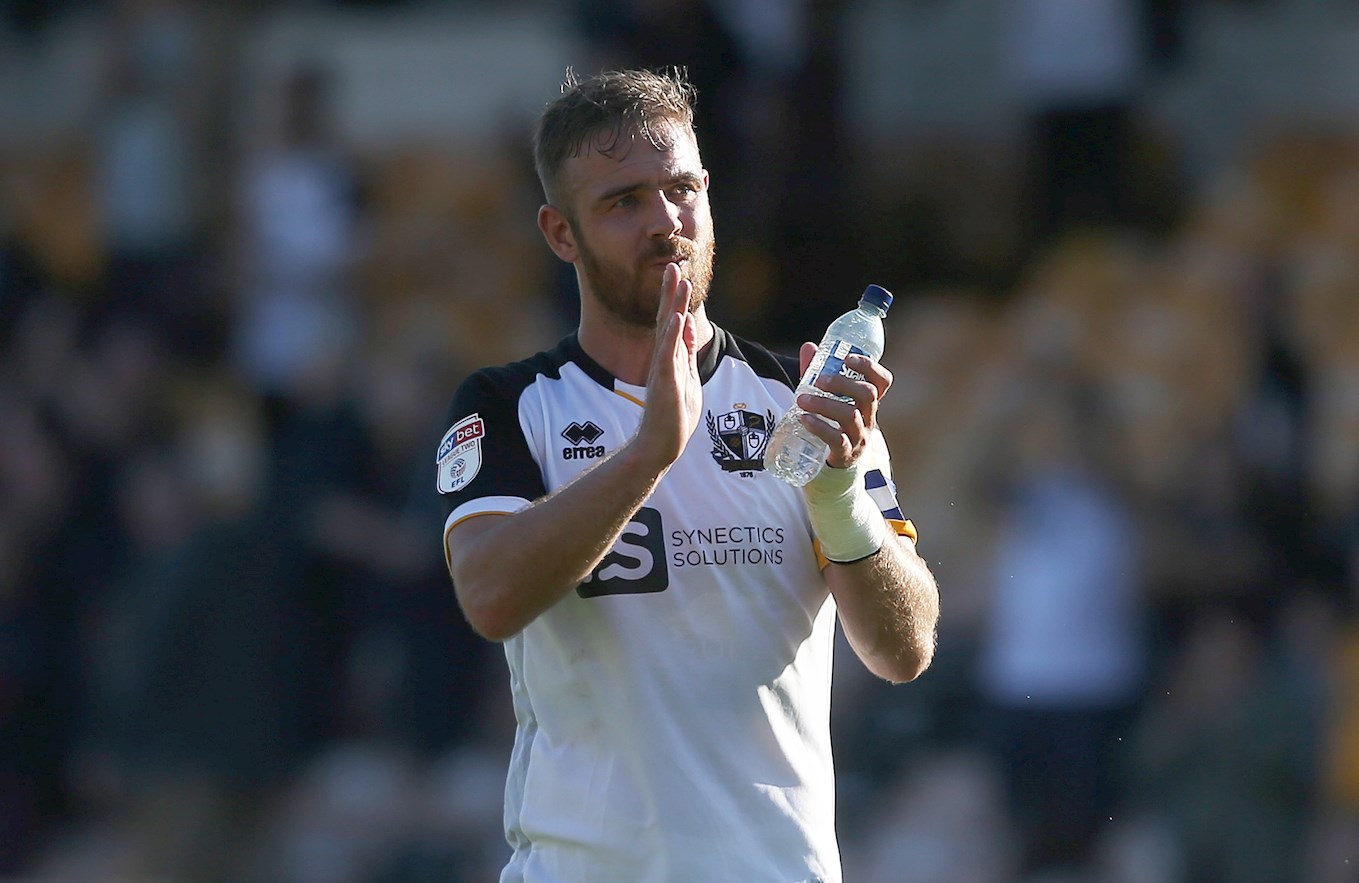 The striker recently netted his 100th goal for the Club, putting him in rare company as just the third ever footballer (Wilf Kirkham and Martin Foyle) to reach such a feat for the Valiants. His best individual campaign came in 2012/13, scoring 31 goals on the way to League Two promotion.

John Askey is the man in charge at Vale Park, having replaced Neil Aspin in February 2019, who left the club in 18th place in Sky Bet League Two. Askey started his career at Port Vale but never made an appearance for the Club, instead spending almost his entire football career at Macclesfield Town, playing over 500 games for The Silkmen and scoring over 100 goals.

The former winger has had two spells at Moss Road as Manager, with his biggest achievement coming in his second homecoming, when he guided Macclesfield to the National League title in 2018, before leaving for League One Shrewsbury Town.

Port Vale are currently unbeaten at home this season, what do you put that down too?

"I would say it is largely down to the formation that Manager John Askey prefers, suiting the large Vale Park pitch plus the effect of playing in front of our home fans. After some controversial years under the ownership of Norman Smurthwaite, fans have been enticed back by new local owners Kevin and Carol Shanahan and there is a much better, feel-good atmosphere at the stadium compared to the complaints and protests of the previous season."

Nine goals have been conceded in your last five games, is the defence a concern going into Saturday’s match?

"Yes. Last season our main issue was the lack of goals and while we have solved that so far this season, we now seem to have picked up the habit of conceding sloppy goals, particularly in the closing stages. Ironically, the defence has largely been the same throughout the season. So, it has a bit of a mystery as to why the players who kept clean sheets against Cambridge and Plymouth, shipped five against Grimsby."

What is the expectation the season?

"Well, it has been a huge change off the pitch. Mr Smurthwaite was not a popular owner, but he has been replaced by new owners who seem to have the good of the club at heart and seem determined to put a lot of things right. The Shanahans own the offices right next door to Vale Park and do a lot of community work. They want to bring back Port Vale as the heart of the Burslem community and run the club in an open and honest way. I think a lot of fans have been delighted with their honesty and commitment, but we realise it is very early days. They only took over in the summer so this season may well be one of consolidation and if we can at least avoid the relegation scraps of recent seasons, I will be pleased."

How is the squads health looking heading into the match?

"It has been generally good news on the injury front recently. A few weeks ago, Vale had players queuing for the treatment room with the likes of Tom Conlon, Manny Oyeleke, Callum Evans, Rhys Browne, David Amoo and Cristian Montano all ruled out. Of those only Conlon and Oyeleke remain long-term injuries and the likes of Evans and Montano could be contenders for Saturday's squad."

What kind of game can the Stevenage fans expect?

"John Askey prefers a pressing game with plenty of pace upfront and down the flanks. The team is still somewhat hit and miss (as the result at Macclesfield last week showed) but on form, fans have been commenting that the side has been playing some of the most entertaining stuff since we were last promoted in 2013."

"I would expect a 2-1 win for the Valiants. It is guesswork as to who will play upfront, so I will go for goalscorers from other areas – defender Nathan Smith and midfielder Jake Taylor."