Get the latest on Swindon Town, ahead of Stevenage's upcoming match at the County Ground on Tuesday 22nd October 2019...

Located in Wiltshire, South West England, the Club was founded in 1879 and after one season, were renamed Spartans in 1880, before eventually going back to their original name the following year. The Club's glory days came in the early 1990's, as Glenn Hoddle lead the Club to the Premier League for its inaugural season in 1993-94, before swiftly being releated back to the First Division. The Club's greatest achievement came in 1969 though, as Swindon beat Arsenal 3-1 to lift the League Cup Trophy. 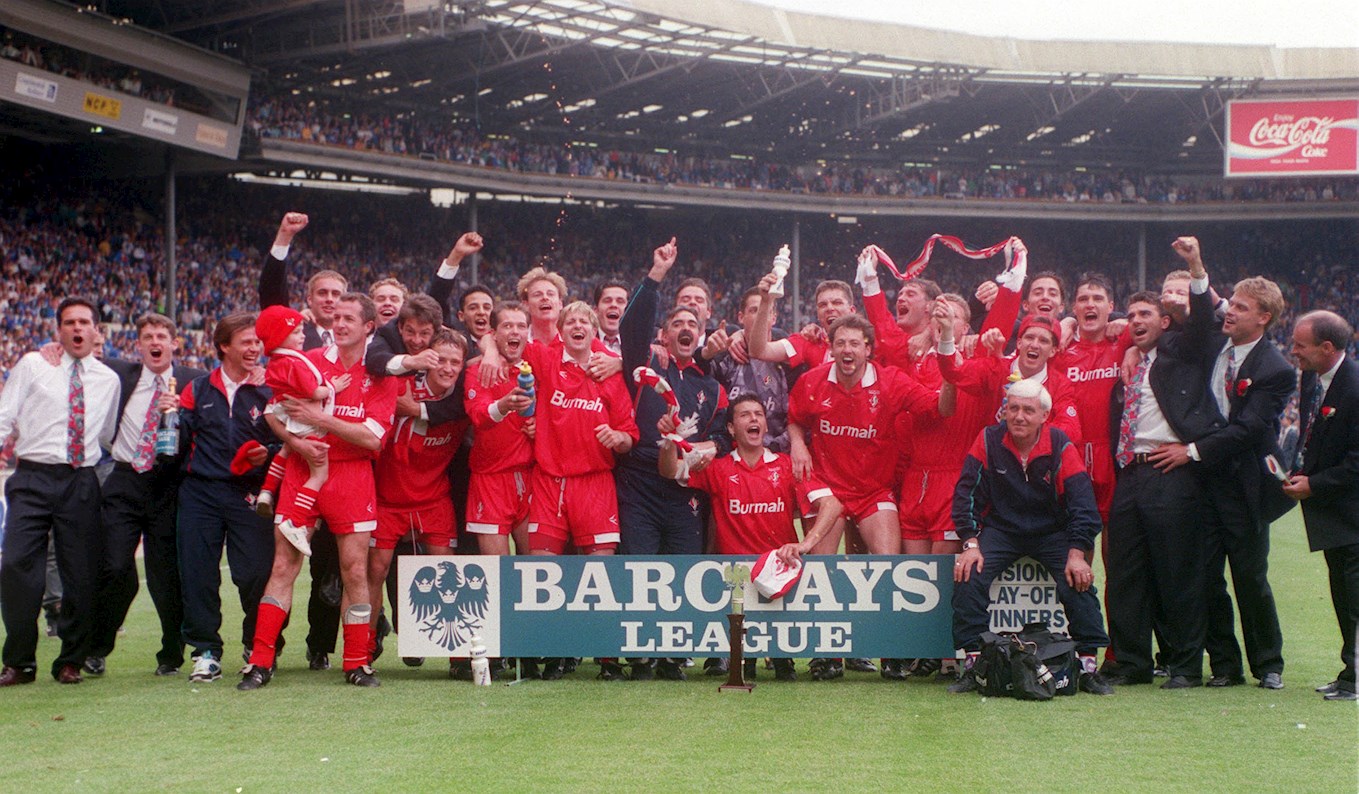 More recently, the Robins were promoted to League One in 2011 under Paolo Di Canio, but were brought back to Sky Bet League Two after finishing 22nd in 2016/17, where they have failed to make the Play-Offs in the seasons since.

Swindon started the season as one of the promotion favourites but after starting their campaign with just one defeat from their opening eight games, the Robins have began to falter and are now bottom of the six game form table, with just four points picked up during that spell.

In their latest game away at table-toppers Crewe Alexandra, Swindon took the lead via a first half goal from marksman Eoin Doyle before losing the lead just before the hour mark and eventually conceding two goals at the death to lose 3-1.

Sky Bet League Two top goalscorer Eoin Doyle has been the main shining light for the Club after netting nine goals in 11 games. The striker was brought in on-loan from Bradford City two games into the season and has proven to be an inspired piece of business. 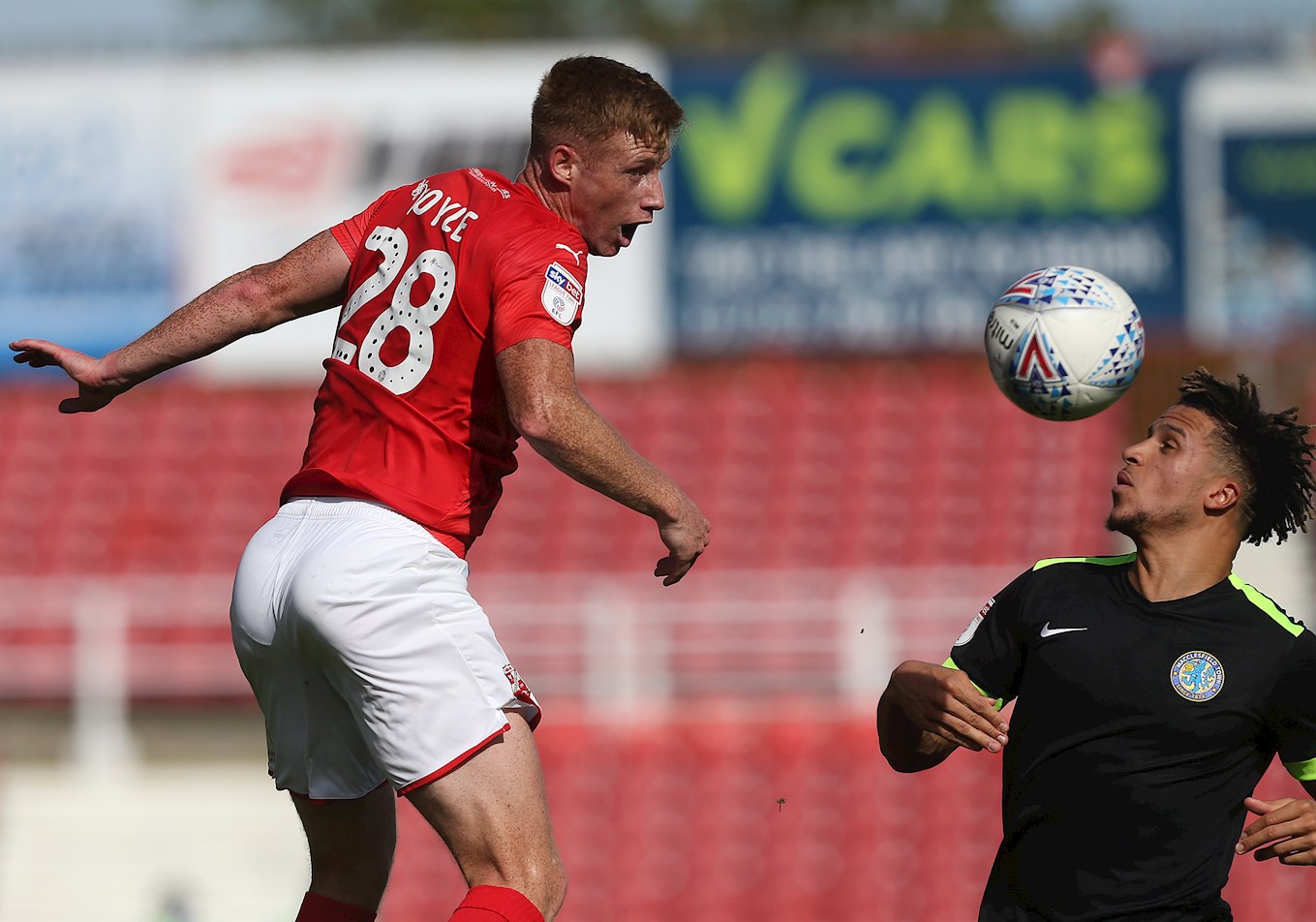 Starting his career with Sligo Rovers, the 31-year-old has scored over 100 goals in his career and has played for Clubs such as Hibernian, Chesterfield, Cardiff City, Preston North End, Oldham and Portsmouth. Doyle does have two League Two winners’ medals to his name, gaining promotion with Chesterfield (2014) and Portsmouth (2017).

Richie Wellens was appointed as Swindon Manager in November 2018, taking over from Phil Brown at the County Ground. Wellens began his managerial career with Oldham Town in 2017, where he was eventually dismissed of his duties after relegation to League Two in 2018.

The former midfielder started his career at Manchester United, but never played a game and was released before moving to Blackpool, where he picked up two EFL Trophy medals. He went onto play for the likes of Leicester and Doncaster, before finally hanging up his boots in 2017, where he finished his career with Macclesfield Town.

What has gone wrong in recent games after such a fantastic start to the season?

"Swindon have suffered defensive woes with Captain Dion Conroy ruled out injured for the rest of the season and this has caused problems for Town with the side yet to register a clean sheet or win in his absence. Mathieu Baudry spent a spell on the sidelines but is back to fitness, and the acquisition of Gabriel Zakuani has helped add some solidity to a leaky defence. Fitness levels seem to be a concern with the team often lacking energy in the final twenty minutes of the game and this is why a lot of fans think Swindon are struggling for form."

"The expectation this season is automatic promotion. Swindon fans expect a lot from the club and Wellens is under pressure to guide Town back to League One."

Is there any major team news going into the game?

What kind of game can The Boro fans expect going to the County Ground?

"Boro fans can expect a fast-paced game. Swindon tend to start with a very high tempo and enjoy playing the ball quickly through the channels with full-backs often bombing on down the wings delivering crosses into the box. Town are desperate to get back to winning ways with the club now five games without a win and just three home wins all season. Swindon like to test the keeper from range and Eoin Doyle will be keen to add to his goal tally having scored nine goals already this season. Stevenage will have chances though and the newly-formed centre-back partnership of Zakuani and Baudry are prone to mistakes as they attempt to build a strong relationship at the heart of Swindon's defence."

"I will go with Swindon 2-1 Stevenage, with goals coming from Eoin Doyle and Lloyd Isgrove."