Ahead of our first home game of 2020 this Saturday, we caught up with journalist Jonathan Waldron, of the Daily Gazette to talk all things U’s...

“I think Colchester United will be pleased with the way things have gone for them, in the first half of the season. They sit in League Two’s Play-Off places heading into this game and are only a few points off the automatic promotion places.

“They have been effective at both ends of the pitch and are among the best defensive and attacking teams, in the division. John McGreal’s side head into this game on the back of a ten-match unbeaten run in the league, so they are feeling pretty confident at the moment.

They have also enjoyed a memorable Carabao Cup run this season, which has seen them beat both Spurs and Crystal Palace before eventually bowing out to Manchester United at the quarter-final stage, at Old Trafford.”

“One of the main reasons for Colchester’s good form has been their effectiveness in both defence and attack. At the back, they have been particularly solid, with central defensive duo Luke Prosser and Tom Eastman enjoying an excellent partnership backed by experienced goalkeeper Dean Gerken.

“In addition, their full-backs have been in excellent form both defensively and going forward. And at the other end, Colchester have a plenty of attacking options which boss John McGreal has utilised very effectively. Strikers Luke Norris and Theo Robinson have 12 goals between them, and the likes of Frank Nouble, Courtney Senior and Kwame Poku have also chipped in with important goals.

“Colchester have a bigger squad than usual this season but that harmony and team spirit that seemingly exists within their squad in the current campaign has also been a big factor in their recent form.”

“Colchester have a number of injury doubts, ahead of the game.

“Cohen Bramall (ankle), Omar Sowunmi (ribs) and Courtney Senior (groin) have all been struggling with injuries of late. In addition, Paris Cowan-Hall remains sidelined with an Achilles injury.

“However, midfielder Tom Lapslie is set to return following suspension.”

“There’s usually goals and incident when Colchester and Stevenage meet, and I wouldn’t expect this game to be any different. It’s rare that the U’s fail to score and they will go into this game as they do any other – to win.

“I would imagine it will be a competitive affair, with neither side giving a quarter as they strive for three vital points.”

“I’m going to go for a narrow 2-1 win for Colchester, with Robinson and Harriott on target for Colchester and Mackail-Smith replying for Stevenage.” 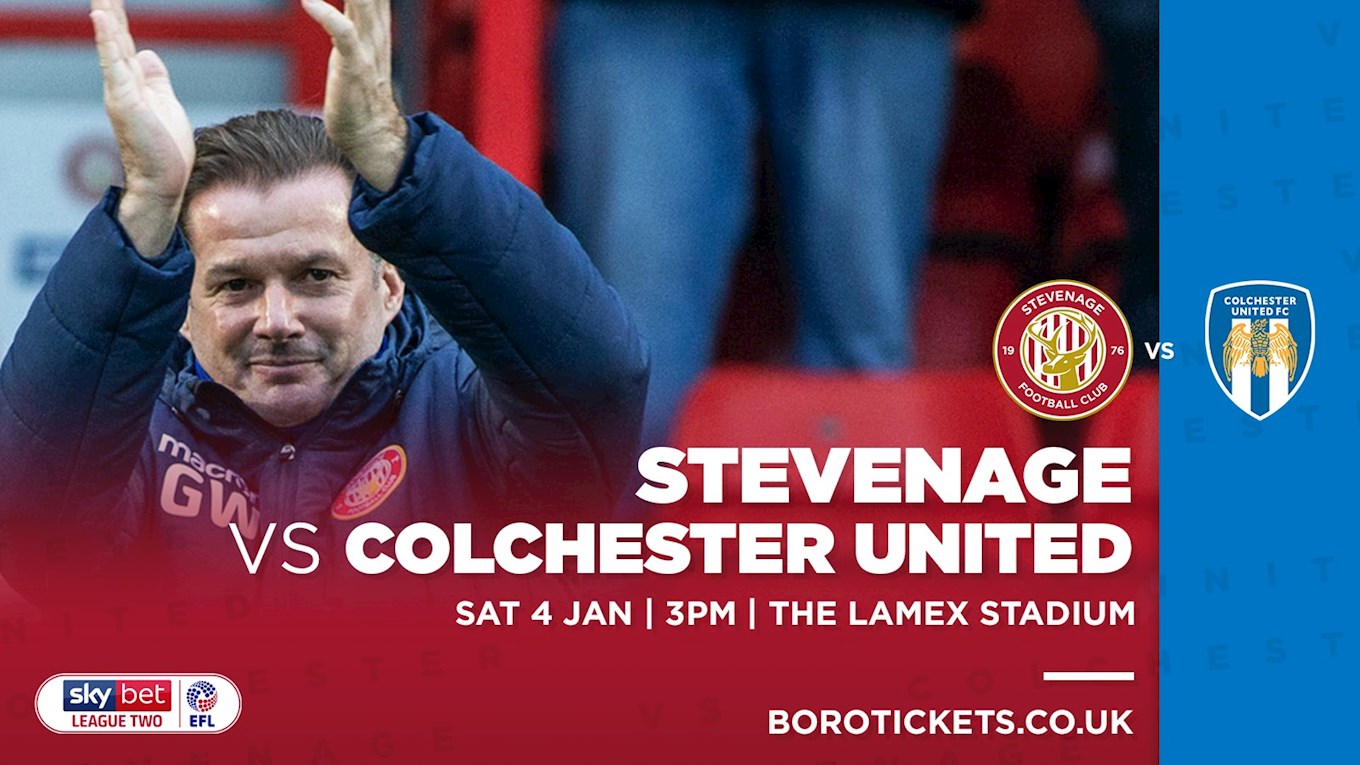