Looking ahead to Stevenage’s home match against Port Vale, we caught up with Rob Fielding, founder of onevalefan.co.uk, to talk all things Valiants...

“It has been better than expected. We had new owners in the summer and we were expecting progress but perhaps not as quickly as it has happened. A chance to push for a play-off place this season is a pleasant surprise.

“Fans have been very happy with the improvements the owners have brought in while manager John Askey looks to have recruited well over the summer. If everyone's fit, we have a side which can match anyone in this division. The stand-out players in my opinion have been winger David Worrall, defender Nathan Smith and unsung defensive midfielder Luke Joyce.”

“There's been no one single factor really - it's been a combination of the odd sloppy passage of play or individual error. It's been a hectic festive period with the added distraction of an FA Cup glamour tie against Manchester City which probably hasn't helped either.”

“Vale look to have been dealt a blow with the news that on loan midfielder Jake Taylor is out for three weeks. Taylor had formed a dynamic central midfield partnership with fellow youngster Scott Burgess and has also scored seven goals so far.

“Utility man Will Atkinson is favourite to replace Taylor on Saturday.  Otherwise, Vale have a settled team for this League game.”

“Vale tend to play an attacking 4-3-3 formation with plenty of pace from wingers Worrall and David Amoo. However, the goal focus will almost certainly be veteran target man Tom Pope whose physical presence will no doubt occupy the Stevenage central defenders.”

“After the distraction of the cup, Vale's focus will be firmly on the League. It's difficult to keep Tom Pope out of the headlines so I'm going to show my Vale colours and go for a narrow 1-0 away win with Pope scoring the all-important goal.” 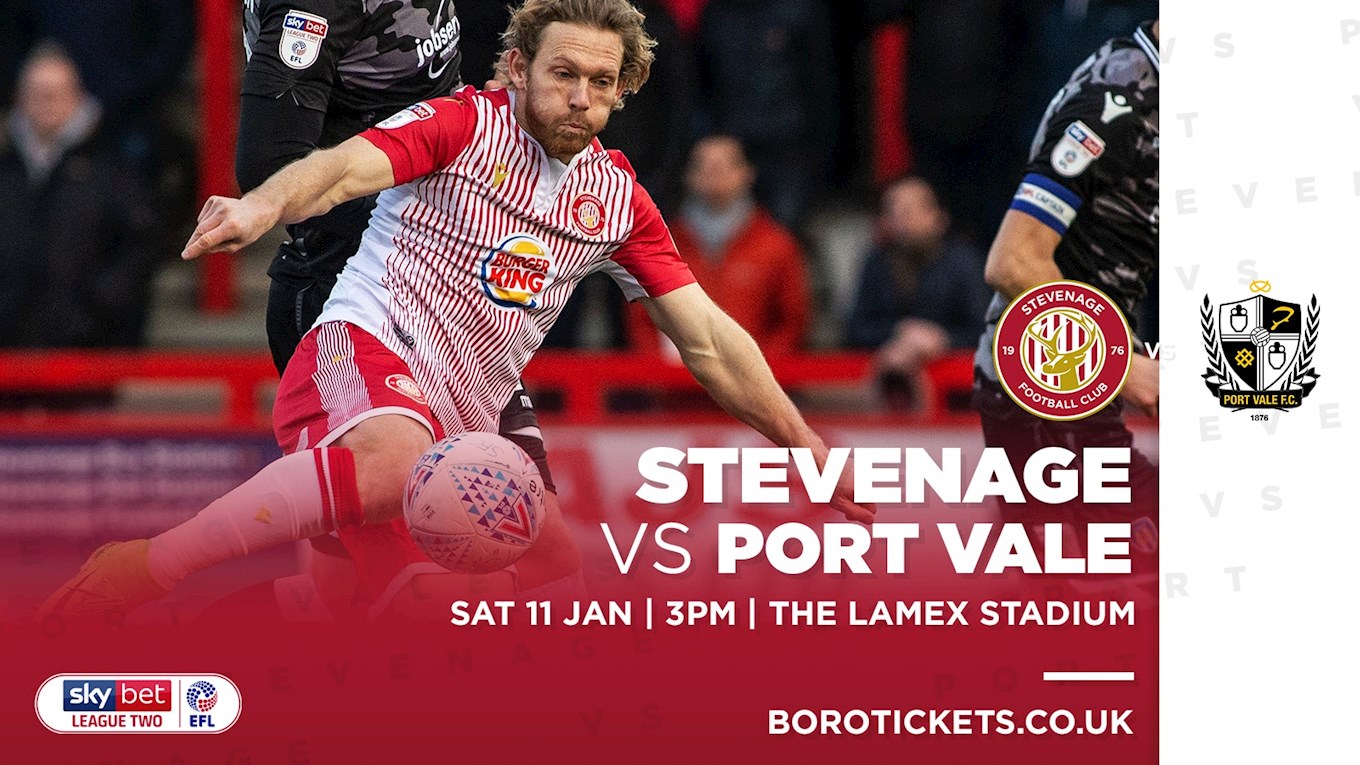