The Stevenage FC eSports Arena is an online destination for gamers around the world to communicate, co-operate and compete against each other to win points and earn real life prizes. The new eSports platform became the first of its kind by a professional UK sports club when it was launched last week, off the back of the successful Burger King #StevenageChallenge campaign.

To celebrate the launch of the Stevenage FC eSports Arena, an inaugural FIFA 21 will take place from Saturday 28th November with a total cash prize of £1,000. The prize money is split into $500 for Xbox and $500 for PlayStation gamers.

The Launch Tournament is where the mouth-watering prizes are won. Split into two age groups, Under 18s compete to win a priceless Stevenage FC 2020/21 jersey signed by the team, while adults compete for the grand prize of $500. Select the appropriate age category tournament and then click 'Join Tournament'.

If you haven’t signed up to the eSports Arena Launch Tournament:

Once you have joined the eSports Arena Launch Tournament:

Write your name into the Stevenage FC history books and sign up for the first-ever eSports Arena Cash Prize tournament. May the best player win! 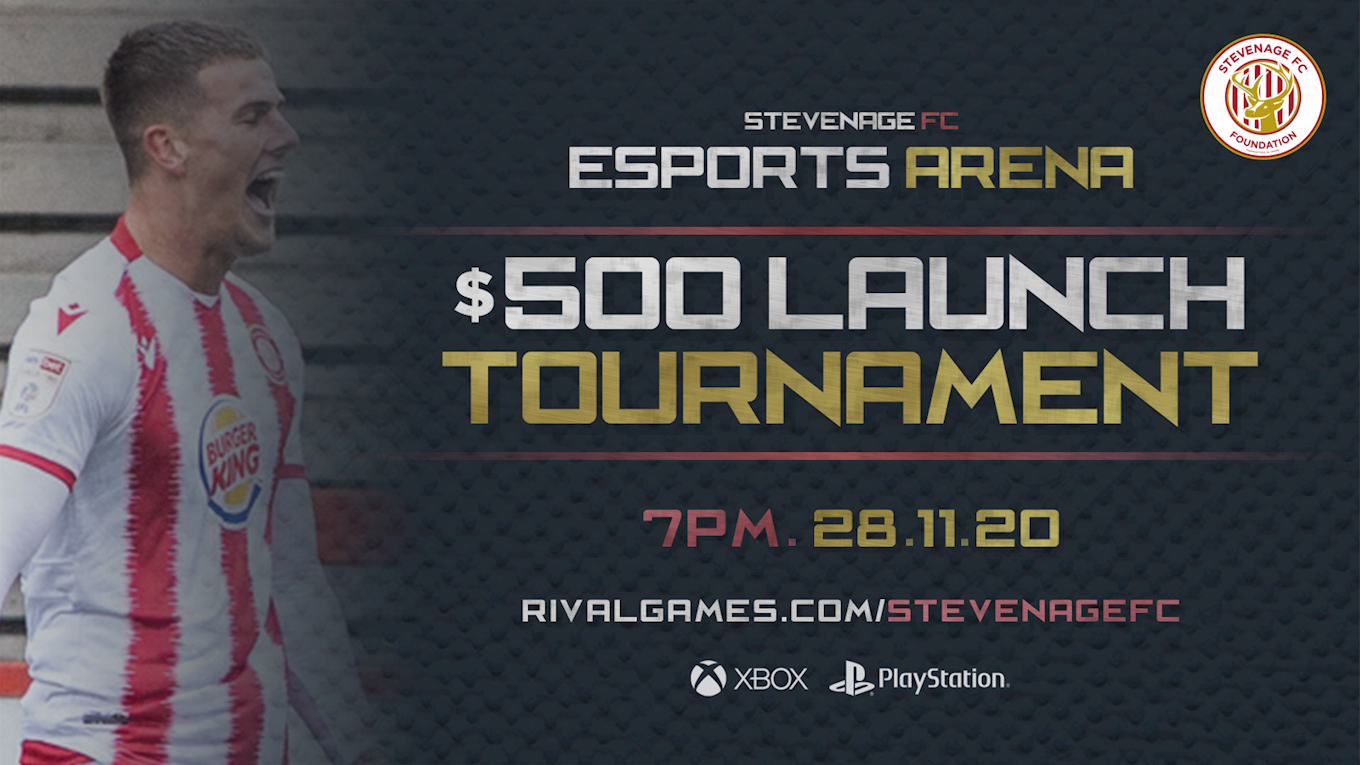