Salford City emerged victorious against Alex Revell’s Stevenage side on Saturday, losing 1-0 courtesy of an early Ash Hunter goal for the Ammies...

It was Boro’s first loss at the Lamex Stadium this season and Alex Revell believes that the early goal disrupted his game plan, stating, "We got punished for an early mistake which was disappointing because you can’t plan for that, we just need to pick the individual up and make sure that he learns from it.

"After that I felt there was only one team that was going to get the next goal, and that was us. I think that we reacted really well for a team which is young for this level and the reaction was good with the half time whistle arriving a bit too early for us."

Revell wanted to see more from his side in the second half, but praised Salford for their focus and game management. "We failed to put our print on the game, but they managed the game really well and frustrated us when we wanted to get going," he said. "They prevented us from showing that intensity and energy that we’ve seen before, we just couldn’t get going. That shows experience from them, they have got players that have played a lot of games but we also need to be better, we need to stick to what we’re good at, stick to what we’re doing."

Boro’s next fixture is against MK Dons in the EFL Trophy on Tuesday and Alex Revell believes that there won’t be much room for changes due to injuries, but insists that there will be rotation wherever possible. "Of course there are going to be players that are playing again due to the injuries that we’ve had and the illnesses, but we will make sure people get minutes in that game because winning becomes a habit.

"You don’t want to go too long without a win and it’s important for us that we show the right response on Tuesday and react in the right way with a win."

Tuesday's game is available for supporters to stream with an iFollow Video Match Pass. For more information, please click here. 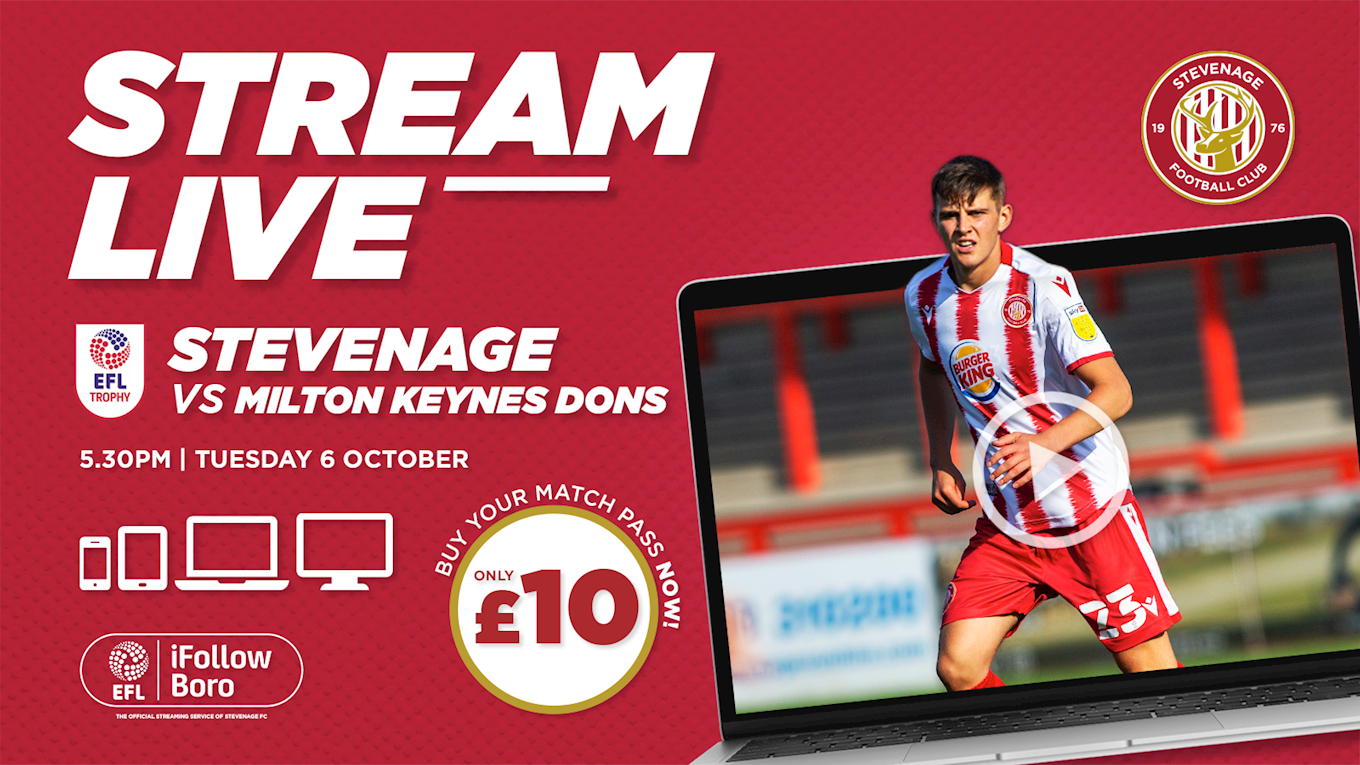