Stevenage face Bradford City on Saturday 26th September 2020 for the seventh meeting between the two sides...

A win for Boro would level the all-time record, with the Bantams on three wins to Stevenage's two.

The two clubs have only played against each other in three season's, the first coming in 2010/11 when the results were split as Bradford won the first at Valley Parade 1-0, before Boro got the better of them at The Lamex Stadium with a 2-1 win thanks to goals from Darius Charles and John Mousinho.

Fast forward three years later and Stevenage went unbeaten in the series as a 1-1 home draw on 13th August 2013 was followed up by surely the most dramatic and memorable of clashes between the teams for Boro fans.

Despite facing relegation from League One at the time and going behind 1-0 and then 2-1 in the game, Stevenage rallied through Luke Freeman who scored two spectacular goals to turn the match on its head, resulting in a wild 3-2 win.

Last season's fixtures were less memorable, as Bradford won both games but this year's Stevenage team looks set to be a different proposition altogether and will be confident of upsetting of the odds. 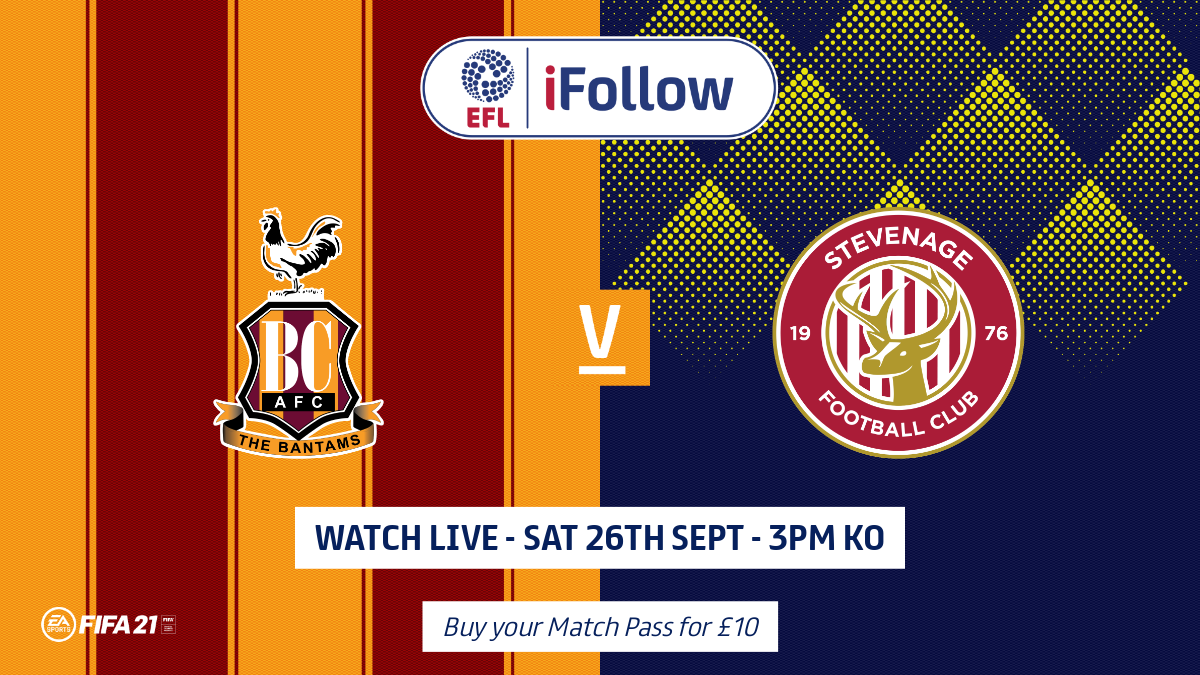