Alex Revell's side began their 2020/21 campaign with a 1-1 draw away against last year’s National League champions, Barrow AFC. The home side took a first half lead, but Stevenage hit back in the final few minutes of the game, with striker Inih Effiong scoring from the spot in his first league appearance for Boro.

Stevenage now prepare to face Oldham Athletic in their first home league fixture of the campaign and Manager Alex Revell will be looking for a positive start from his players.

Speaking about last week’s season opener, Revell stated, "Last week was a tough game, but to come away with a point on the first game away from home, you have got to be happy with that and there is lots to work on after watching the game in the build-up to Saturday."

Revell is also encouraged by what he has seen in the last two games, saying, "We have scored four goals which is great, conceded four which is different but we know we have got to work on that. I think the important thing is that it is a new group and normally with a new group, you have a longer pre-season and potentially more games to get them going and used to each other.

"We have had to change personnel and every day they have worked, wanting to learn and that is the environment that we want to set. We have been encouraged by their performances and to get a draw against a good Portsmouth team and away from home last week at Barrow was really good, but now we have to back that up.”

Oldham Athletic travel to the Lamex Stadium on Saturday, with the Latics managed by the newly appointed ex Liverpool and Leeds star, Harry Kewell. When speaking about Oldham, Revell said, "They are really organised, they have got experience in their side that have played in League One and League Two. We have watched their games, we know what they are about, but this league can throw up surprises and we might not be the best team in the league, but we can beat the best, that is our mindset and our mentality."

Revell also spoke about the current absence of fans, saying, "We do miss them. It is tough when you are 1-0 down and you’re looking for something to kick you on. When you celebrate a goal it is different because you want to celebrate with the people that you are doing it for, but we know everyone is watching at home, we know there is a real good, solid fan-base behind us and we know last year wasn’t good enough and we have got to right the wrongs. We will be aiming to do that every game this season."

Saturday's match is available for supporters to stream for just £10. Click here or the image below to sign up and for more information. 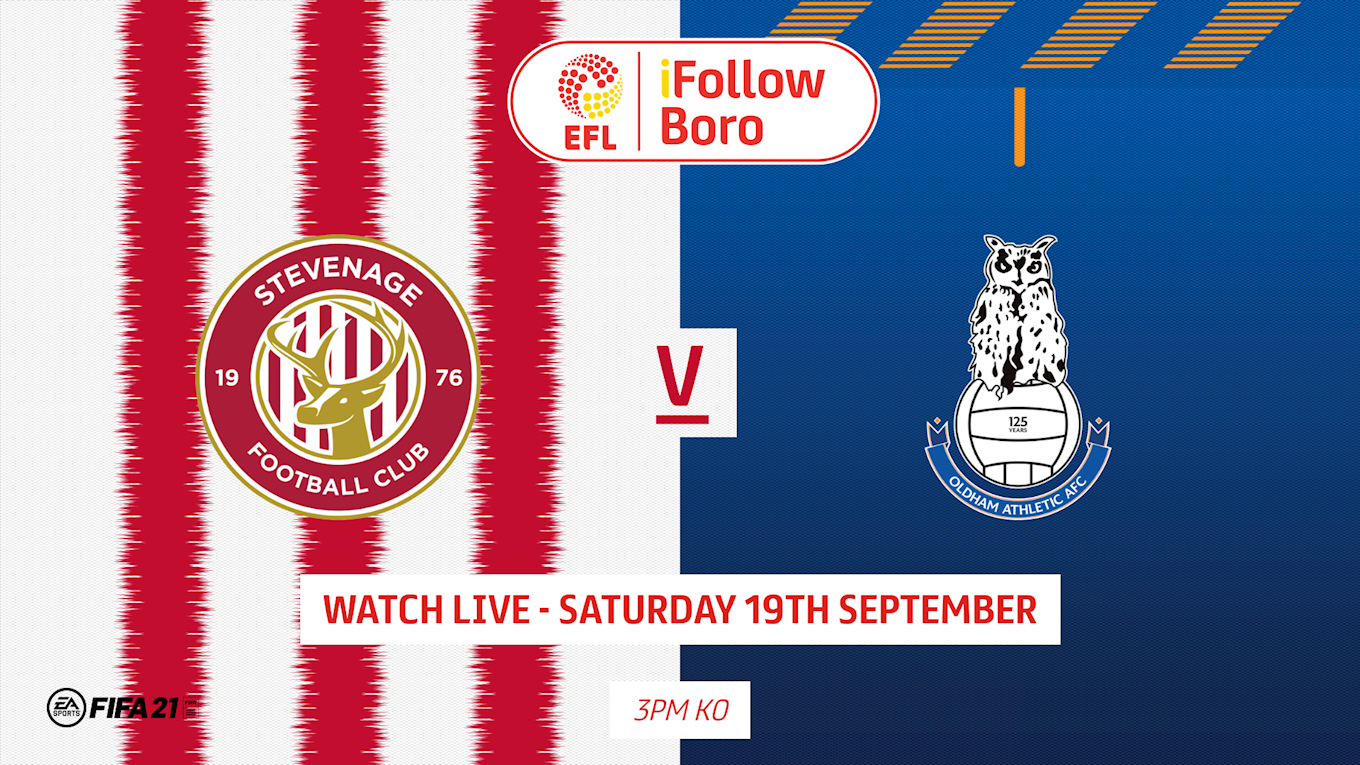