Boro are back on the road this Saturday, as we prepare for a Sky Bet League Two clash with Mark Bonner's promotion chasing Cambridge United at the Abbey Stadium...

Last time out, Boro fell to defeat against Cheltenham Town at the Lamex Stadium, with Michael Duff's side winning 1-0 through a first-half strike from George Lloyd. This result kept the Robins two points behind Saturday's opponents, with Boro falling to 16th.
After the game, manager Alex Revell stated, "I don’t want the run that we went on to be forgotten. I want us to make sure we finish the season strong. We have three games left and we want to win all three, that’s what we want as a group. Ultimately we want to build for next year so the more wins and the higher we finish, the better people look at us."
Win up to £250 every matchday this season by predicting the outcome of serveral in-game events, from goals scored to saves made. Download the Boro Picks app today and play for free!

​Cambridge United head coach Mark Bonner and his team have impressed this season, currently sitting top of the Sky Bet League Two table and winning six of their last eight league games. A win on Saturday would seal promotion for the U's, but Boro will be looking to spoil the party.

In the previous meeting between the two teams in December, Boro emerged victorious with a 1-0 win courtesy of a first-half effort from Charlie Carter. The previous encounter with Boro's hosts at the Abbey Stadium is particularly memorable, as Boro won 4-0 with goals from Elliott List, Jake Cassidy, Charlie Carter and Charlie Lakin.

Question marks remain over the fitness of Luther James-Wildin, who missed Tuesday's game with an injury as Jack Smith looks to keep his place in the starting eleven after impressing once more on Tuesday.

​​In the build-up to Saturday's game, manager Alex Revell stated, "We've got to make sure we go to Cambridge on Saturday full of energy because it's a derby, but unfortunately there's no fans and they would of gave us that extra backing and atmosphere to make it an even better derby.
We've got to prove that we can compete with the top teams, because that's where we want to be next season and there's still a lot to play for, so I'm hoping to get the right result. I want to get back to winning ways and I feel there's a huge responsibility to finish the season strongly to show how far we have come as a group."

The only way to watch the action is with an iFollow Video Match Pass, which is available to purchase now for just £10.
---
Saturday's match at Cambridge United is available for fans to stream LIVE! Buy an iFollow Match Pass and show your support for the Boro. 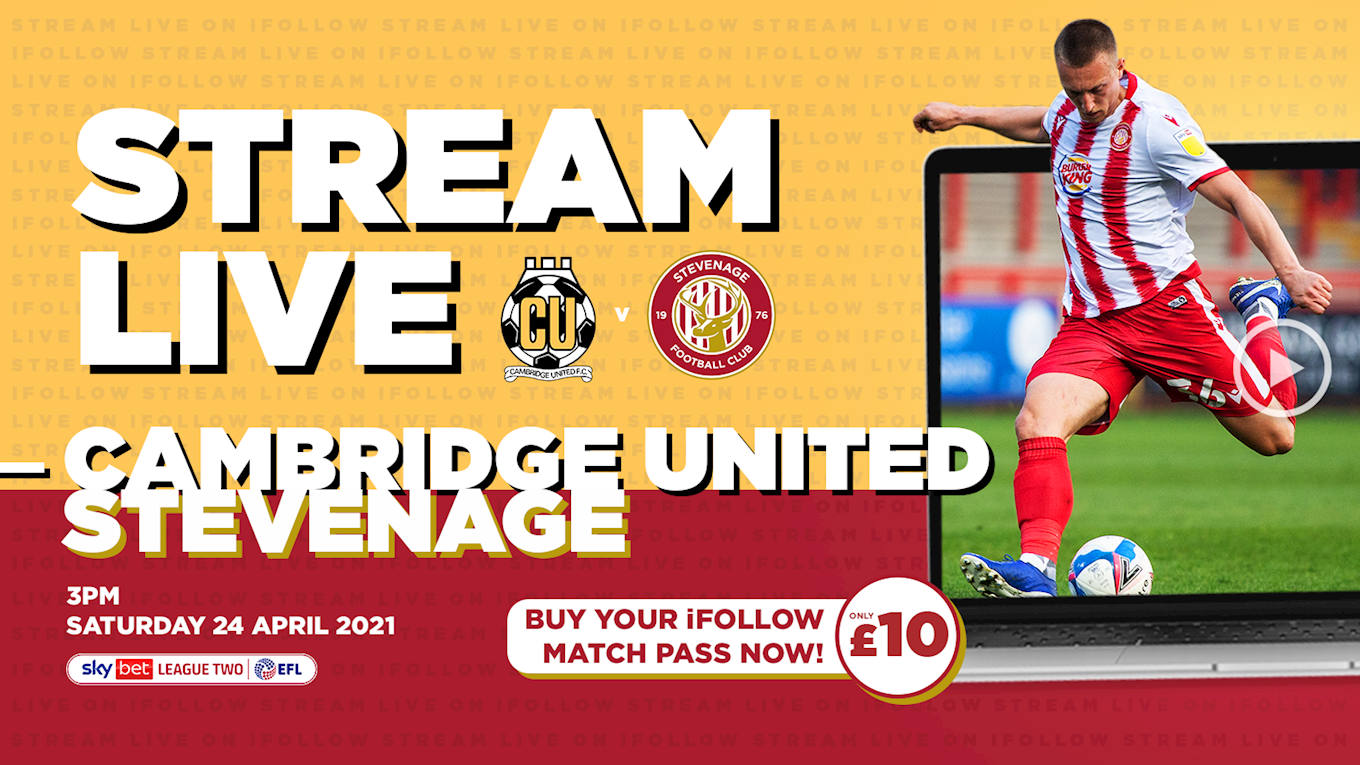