​​Boro are on the road for their next Sky Bet League Two fixture, as we prepare for a Good Friday clash with Keith Curle's Oldham Athletic at Boundary Park...

Last time out, Boro extended their unbeaten run to ten games, beating Barrow 2-1 courtesy of second-half goals from Elliott List and Luke Norris. This result also saw Alex Revell's side move up to 14th in the League Two table, winning each of their last four games at the Lamex Stadium.
After the game, Boro boss Alex Revell stated "I don’t think there is a team in the Football League that has had the turnaround we’ve had. You have to be proud of that and I am extremely proud of how far we’ve come. It’s a very different team from what we were. What we were doing was very new at the start of the season, but now you are starting to see it every day.
I feel we’re together and really united as a club. That was one of my biggest things. You can’t have a successful team if you’re not together. But if you come here now, the pitch here is one of the best in the league and the ground is finished, it is a lovely stadium to come and play at. We’re in a really good place and then it was just about getting the football right."
Win up to £250 every matchday this season by predicting the outcome of serveral in-game events, from goals scored to saves made. Download the Boro Picks app today and play for free!

​
Oldham Athletic currently occupy 17th place in League Two, falling to a 2-1 defeat in their previous fixture against Leyton Orient last Saturday, with the Latics winning two of their last 14 league games.
Since Keith Curle's appointment in early March, his side have been victorious once in six games, with Curle's first victory in charge coming in a 2-1 home win against Exeter City with Kyle Jameson and Alfie McCalmont on the scoresheet for the hosts.
In this season's previous meeting between the two sides in September, Boro emerged 3-0 victors at the Lamex Stadium with second-half goals from Elliot Osborne, Luther Wildin and Luke Prosser.

Terence Vancooten remains on international duty with Guyana and is unavailable for selection, as Danny Newton, Charlie Carter and Ross Marshall remain absent for the foreseeable future.

The only way to watch the action is with an iFollow Video Match Pass, which is available to purchase now for just £10.
---
Friday's match at Oldham Athletic is available for fans to stream LIVE! Buy an iFollow Match Pass and show your support for the Boro. 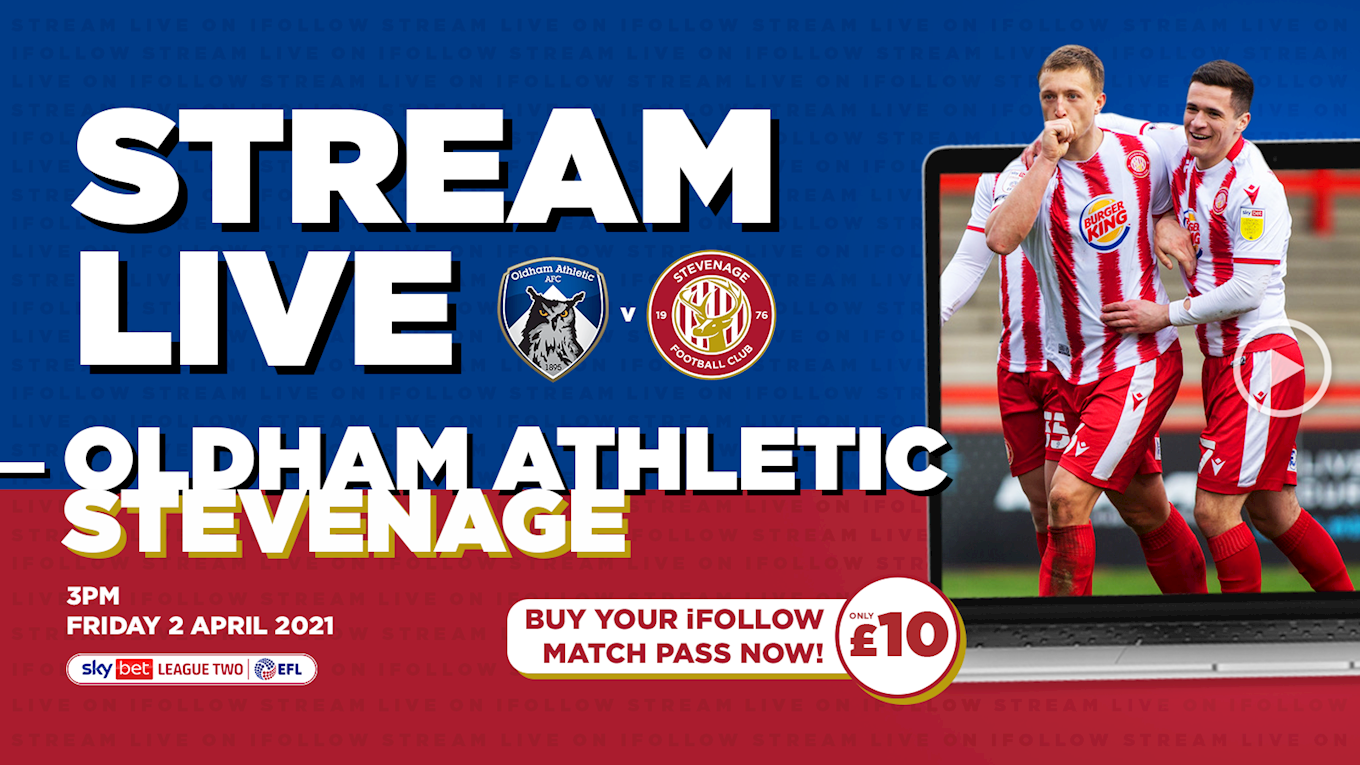