Boro managed to secure their first opening day win in seven years on Saturday with a 1-0 win over Barrow AFC. Alex Revell’s side look to improve on last year’s Carabao Cup performance, after being knocked out on penalties in the first round by Portsmouth.

The Hatters started their EFL Championship campaign off with a convincing 3-0 win against Peterborough United. Luton’s last Carabao Cup campaign ended in the Third Round with a 4-0 loss to eventual FA Cup winners Leicester City.

The previous meeting between the two team saw a 1-1 draw, with a late penalty from Luton Town being cancelled out by a late header at the front post from Danny Newton.

Alex Revell will continue to be without Arthur Read and Brad Barry for this fixture, as the pair are still working at Bragbury End to regain match fitness.

This fixture is all ticket for both home and away supporters.

Home supporters can purchase tickets on Matchday/In-Person from the Club Shop between midday and 4pm on the day of the game, with proof of an SG postcode and ID. Season Ticket Holders may purchase their existing seat for this fixture.

Those purchasing a North Stand match ticket will have access to The 76 Lounge before kick-off and at half-time, subject to capacity.

Away supporters will be housed in both the South Stand and south end of the West Stand.

There will be no match tickets sold from the North Stand Ticket Office on the day of the game.

As a result of the increased away allocation, Season Ticket Holders in the West Stand seats 164 to 224 will be unable to purchase their normal seat.

Additonally, Match Ticket Holders in West Stand seats 118 (inc. 117 rows BCDE) to 163 are to enter the stadium through the Foundation Learning Zone in the West Stand. A pop-up tea bar in the exit gangway will be available for supporters to use.

Purchase an audio pass for tonight's Carabao Cup tie vs Luton Town for £2.50. 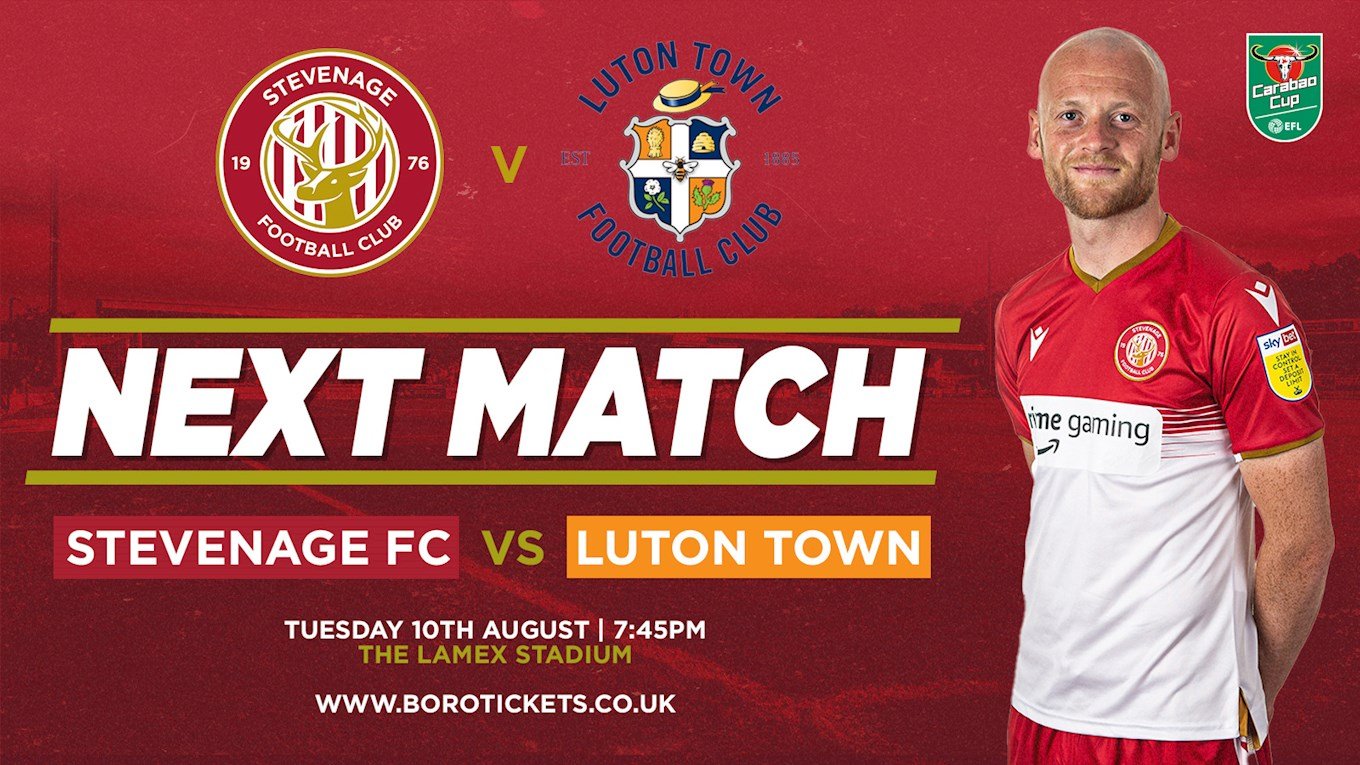