Stevenage are on the road once more this Saturday, as we look ahead to a League Two clash against Bolton Wanderers at the University of Bolton Stadium...

Last time out, Boro prevailed against the in-form Tranmere Rovers at Prenton Park, ending The Whites’ run of six consecutive victories with a 1-0 win, courtesy of a spectacular volley from Danny Newton just 18 seconds after entering play as a substitute.
After the game, manager Alex Revell stated, "To a man the players were outstanding. They have come to a place that has been a fortress for Tranmere in recent times, but there was only one team that looked like winning the game and that was us.
Ultimately, we are in a nice little run of form and that is all we can concentrate on at this current time."
Win up to £500 every matchday this season by predicting the outcome of serveral in-game events, from goals scored to saves made. Download the Boro Picks app today and play for free!

Ian Evatt’s Bolton Wanderers currently sit in 19th place, drawing 1-1 in their last fixture against Morecambe at home. Bolton have registered one win in their last eight league games, with the last meeting between these two sides ending in a 2-1 win for Bolton at the Lamex Stadium, with goals from Eoin Doyle and Ali Crawford before a Tom Pett consolation. This will also be the first ever time Stevenage play Bolton Wanderers at the University of Bolton Stadium.

Alex Revell has no new injury concerns, as Scott Cuthbert remains out and new signings Jack Roles and Jahmal Hector-Ingram push for their first Boro appearances.

Before the game, manager Alex Revell stated, "Saturday provides a great opportunity to get another positive result because the players are in a good place.
It's great to see our away form improving in recent weeks, and we will look to embrace the challenge ahead and be prepared to put in another top performance against good opposition." 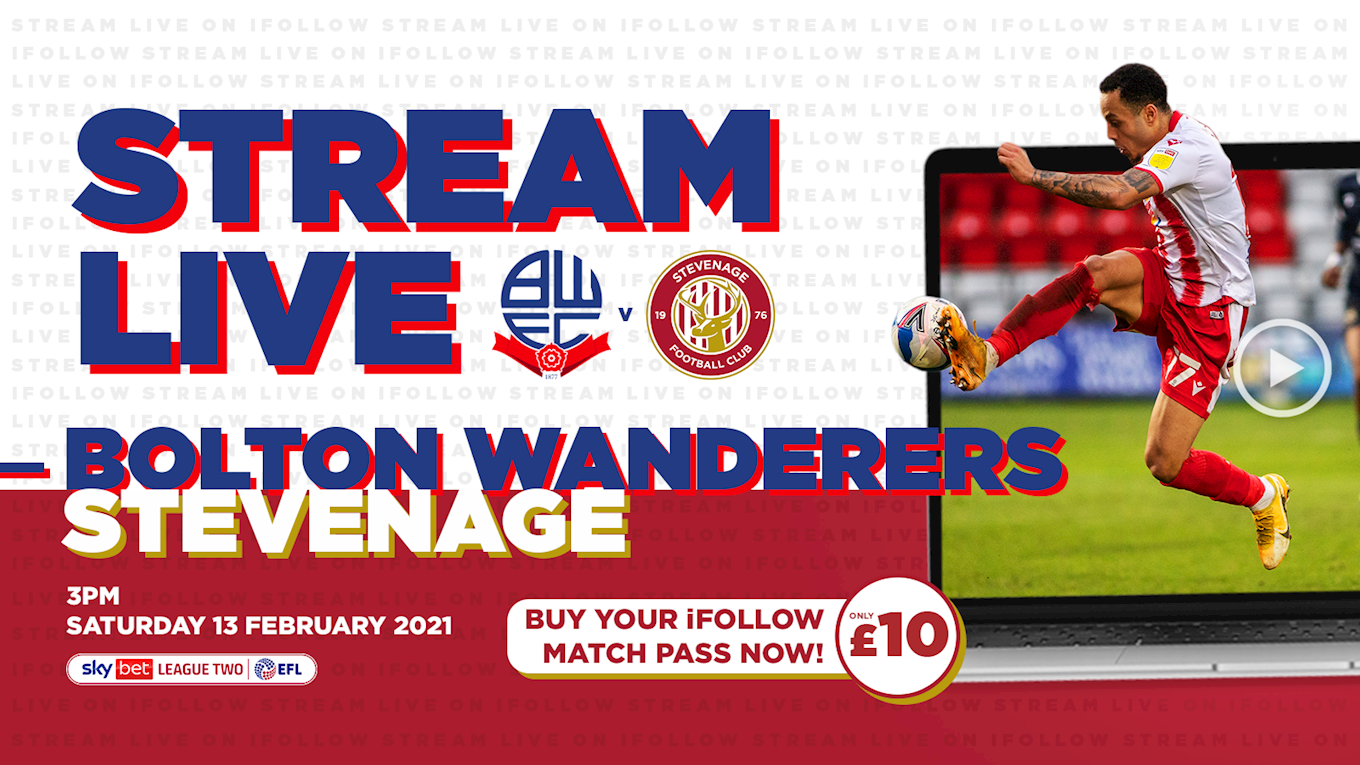