Stevenage are back on the road once again, for a clash against Michael Flynn's Newport County on Saturday...

Last time out, Boro were held to a scoreless draw against Darrell Clarke’s Port Vale at Vale Park, a result that moved Boro up to 20th in the League Two table.
Stevenage have now only lost two of their last nine league games and after the match on Tuesday, manager Alex Revell stated, "We were disappointed not to score in the first half but in the second half, we were against the wind and that was tough.
Every team is going to have a spell in the game and it is how you come through it. We didn’t manage that well enough and it took a loose ball to get back in control and you just want that extra bit of quality in the final third to improve you.
Overall, you would say it was a fair result. It was always going to be a game of two halves because of the wind."

Michael Flynn's side currently occupy 6th place in League Two, ending a run of three games without a win in their last fixture, beating Walsall 1-0 courtesy of a second-half Joss Labadie strike. Newport beat Stevenage 1-0 in the last meeting between the two sides in October, with Boro's last win over the Exiles secured by a late goal by now manager, Alex Revell in a 1-0 home victory.

Alex Revell has no new injury concerns ahead of Saturday's game, but his squad may face rotation due to a hectic February schedule.

​Manager Alex Revell stated, ''We go into this game on a bit of a run and ultimately, you want consistency as the players become used to playing with each other, grow fitter and grow stronger. It's great group we have here, and we are all looking forward to Saturday.
We have to treat this game as a one-off and go there with a clear frame of mind. When you step over the white line, it's about decisions, mistakes, opportunities and taking your chances. All of those will still be there, it's how we deal with that on Saturday". 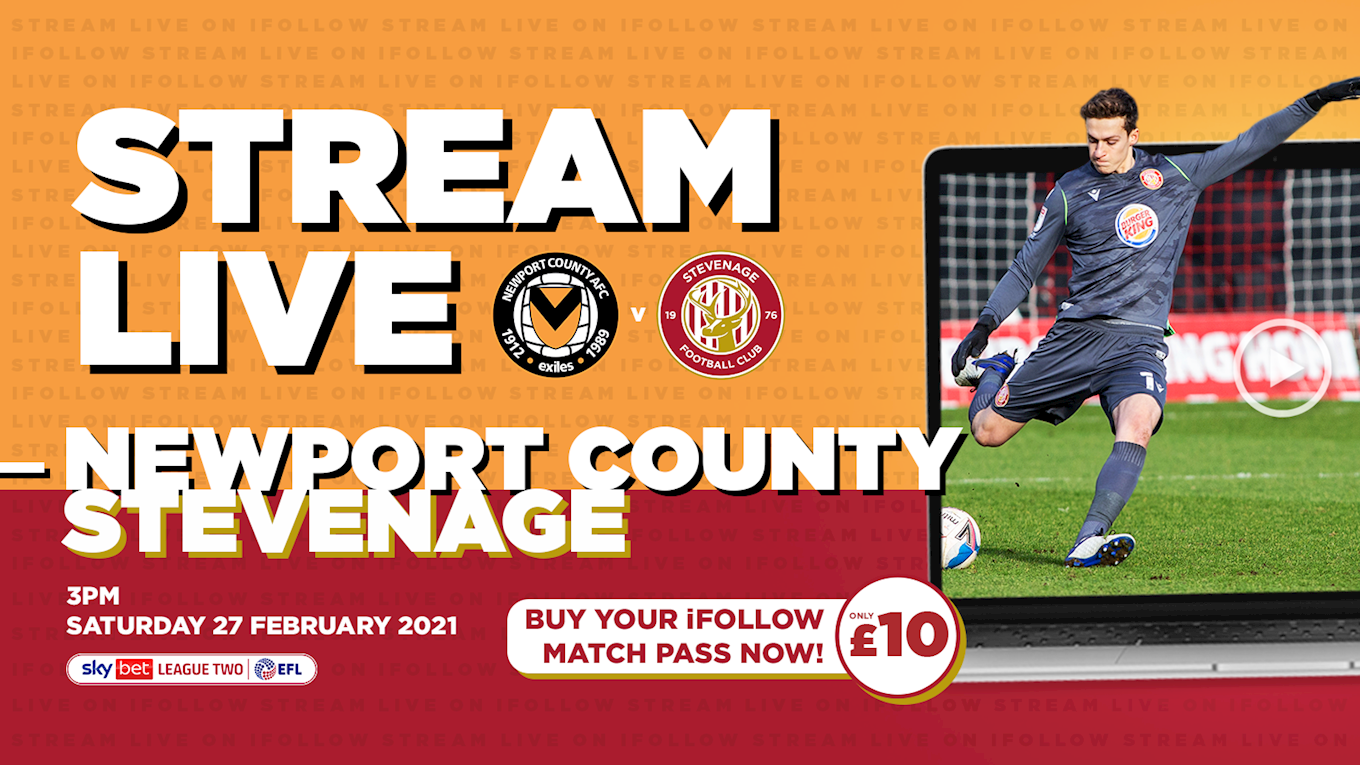